Krampus is said to follow St. Nicholas around, carrying a stick to punish naughty children for their behavior. 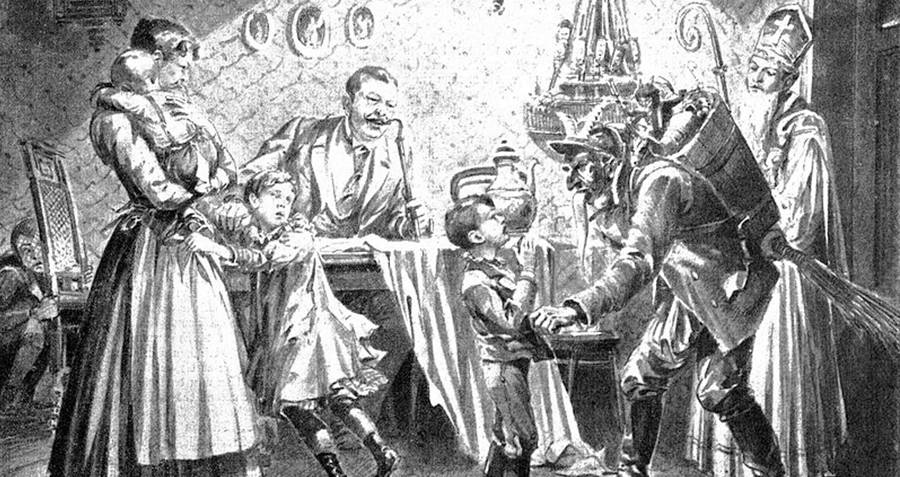 They say he comes on the eve of Dec. 5, a night they call “Krampusnacht,” armed with a bundle of gold-painted birch sticks to beat naughty children with. One can usually hear him coming, as though he has one bare human-like foot, his steps alternate with the clip-clop of his other cloven hoof.

His name is Krampus, a figure whose pointed devilish horns and long snake-like tongue have been terrifying European children for centuries. A hairy, black monster of a creature who appears before Christmas to punish children, he is often depicted as carrying chains, and various bells. He also carries a large sack, or occasionally a basket, on his back to cart off evil children and dispose of them. Though the stories vary, his usual disposal methods include drowning, eating, and dropping them off in Hell.

Starting before the 17th century, stories of a horned god who showed up to punish people for their sins around Christmastime began to pop up in Europe, particularly in Eastern European countries. Many historians attribute the roots of the legends to pre-Christian paganism, as the appearance of Krampus coincides with multiple pagan winter rites.

Over the years, as Christianity gained popularity, aspects of his appearance were added to fall in line with Christian beliefs.

The chains, for example, were not an original aspect. Some Christians added them later, to symbolize his being bound to the Devil. In addition, the basket in which Krampus takes the children to Hell further symbolizes his association with the Devil. 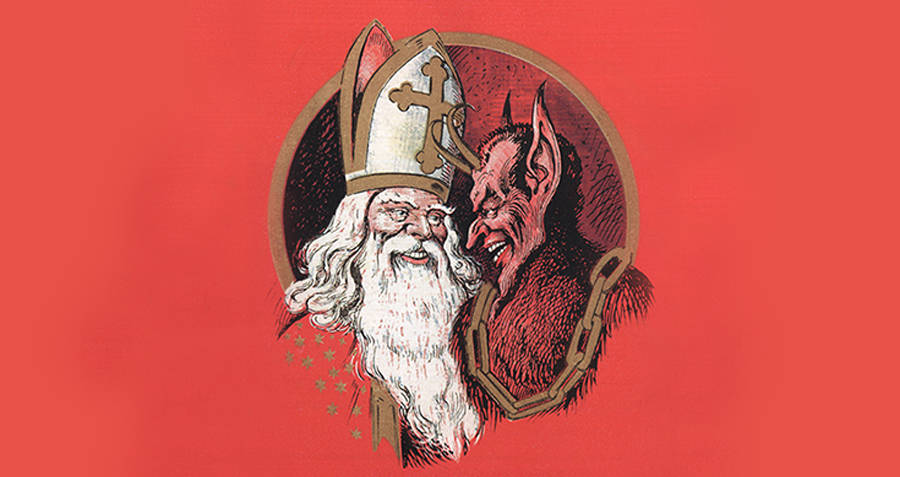 Krampus himself was even incorporated into Christian Christmas traditions, by being paired with St. Nicholas. Krampus became the figure who followed Krampus, punishing bad children while St. Nicholas rewarded the good ones.

Over the years the legend hasn’t changed much, though Krampus’ influence has.

Since becoming a part of Christmas traditions, he has earned his own feast day on the day before the feast of St. Nicholas. Every evening on Dec. 5, known as “Krampusnacht,” citywide celebrations take place where people dress up as the ghoul and run through the streets.

The tradition has become an important one in many countries, and has come to include expensive handmade masks, elaborate costumes and even parades. In some towns, the parades are interactive, with people in Krampus costumes chasing children down streets and hitting each other with birch sticks.

However, the tradition hasn’t always been loved by so many. 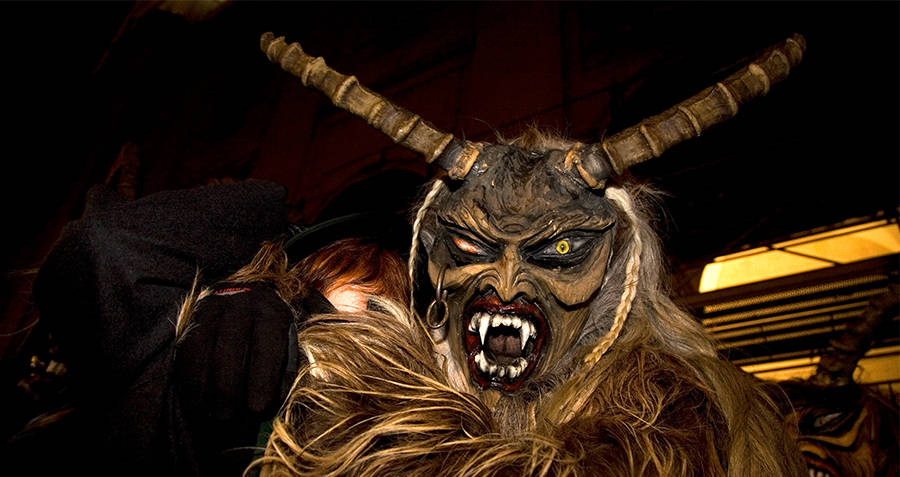 In Austria in 1923, Krampus and all Krampusnacht activities were banned by the Christian Social Party. Believing that Krampus was an evil figure, not to be trusted or taught to children, the government passed out pamphlets titled “Krampus is an Evil Man,” and warned parents of the dangers of influencing young children with threats of a violent holiday intruder.

By the end of the 20th century, however, attitudes toward the Krampus tradition began to improve, albeit one with more lighthearted notes. Today, the tradition centers more around the celebration of art. For years, Bavarian women have reveled in the tradition, spending the months leading up to Krampusnacht carving wooden masks by hand, for the annual costume parades

Next, read the incredible story of how Christmas was celebrated by enemies during World War I. Then check out these vintage Christmas ads.