Find out what was popular when your parents were kids, or take a nostalgic trip down memory lane from your own childhood: 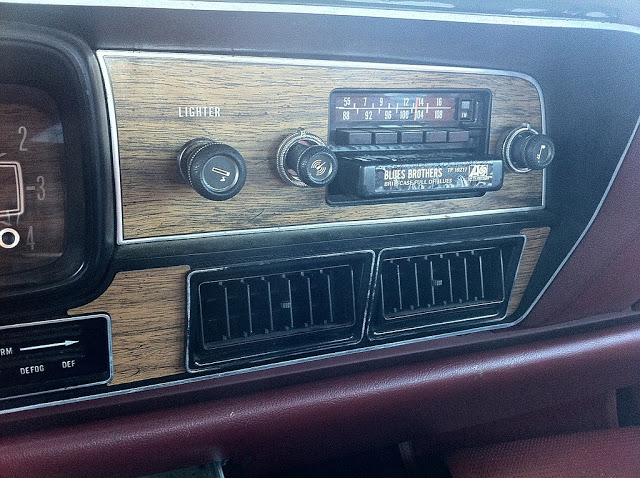 Developed as a car accessory to give drivers an alternate to listening to radio stations so they could listen to their own song selections. Motorola manufactured the first players, which were installed in Ford automobiles. Many record companies were quick to put many of their artists on the new format, but by the mid 1970s, most record labels had stopped producing music in 8-Track tape format because the quality was not good and they were bulky and inconvenient. Cassette tapes and vinyl records replaced 8-Tracks by the late 1970s. 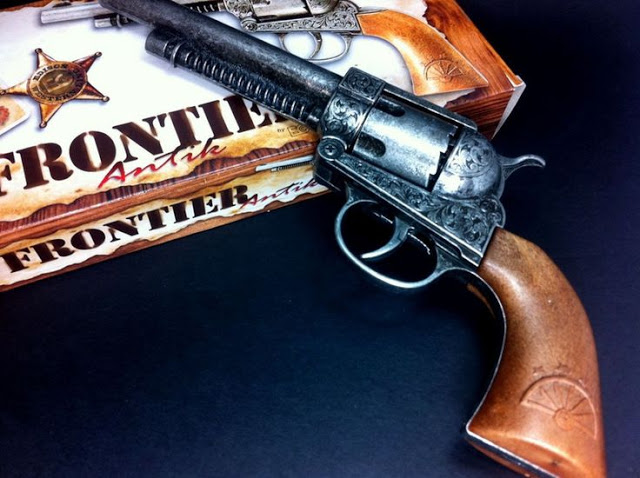 When you would shoot it, the cork would pop out and hit your assailant. 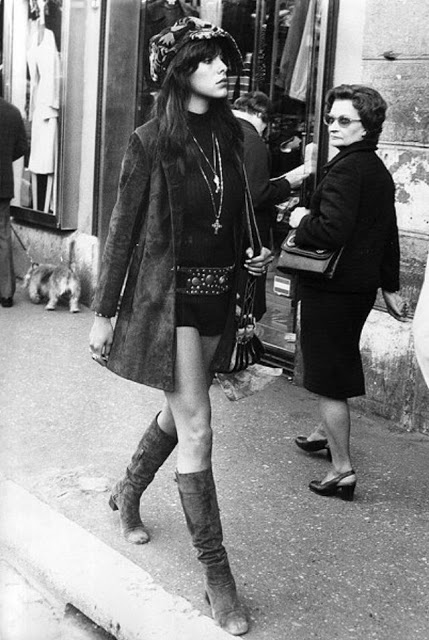 Extremely short, form-fitting, denim cut-off shorts worn by young women, originally in the American South. They were named after the character Daisy Duke (portrayed by actress Catherine Bach) in the American television series , The Dukes of Hazzard. 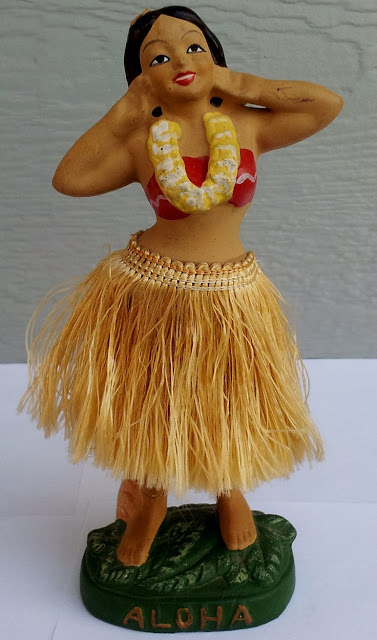 A small hula girl doll that attached to your car dashboard and danced when the car moved.Made popular by California surfers. 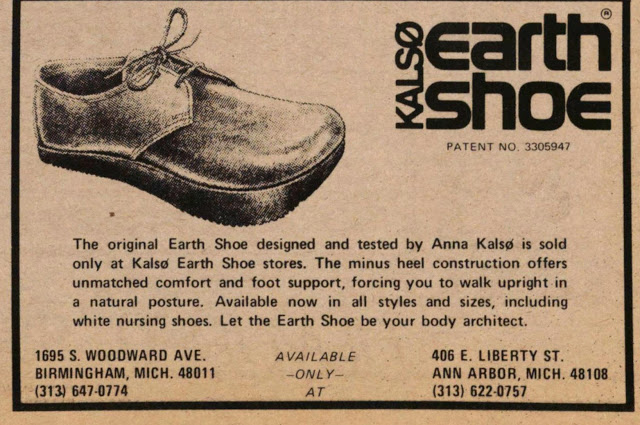 Earth Shoes were designed to promote a natural and healthier way of walking. Wearing the shoes would result in a better posture and help with back pain and breathing. 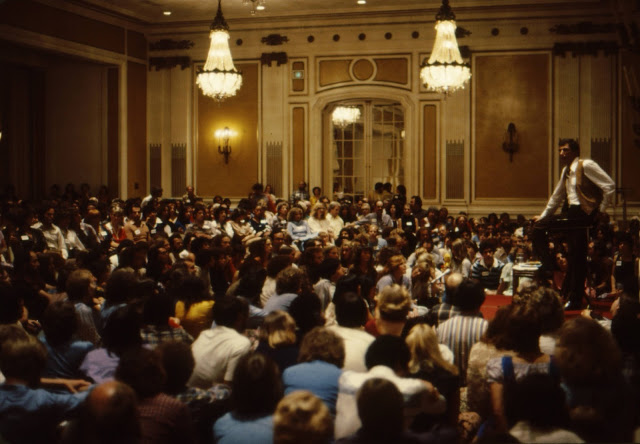 When feeling insecure or unhappy with your life, people would have others just verbally abuse and degrade them until you felt worthless. Then they would be rebuilt and reborn as a useful member of society. Basic tenets of EST is (Erhard Seminars Training), a therapy developed by an encyclopedia salesman named Warner Erhard. His first training sessions were held in a small apartment, soon to take place in the conference rooms of expensive hotels. 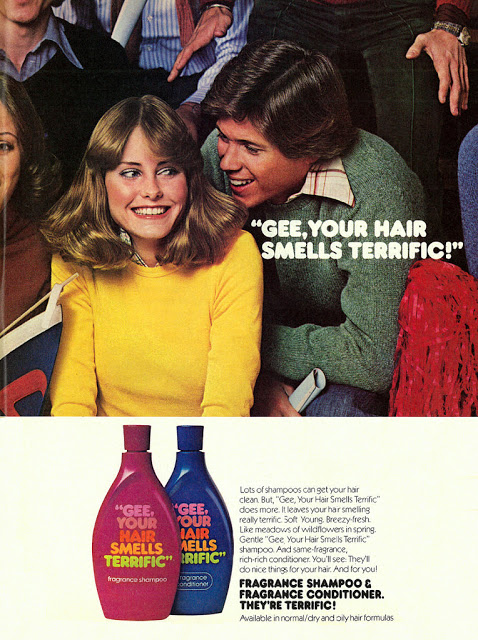 A popular shampoo that makes your hair smell ‘terrific’ after you used it. 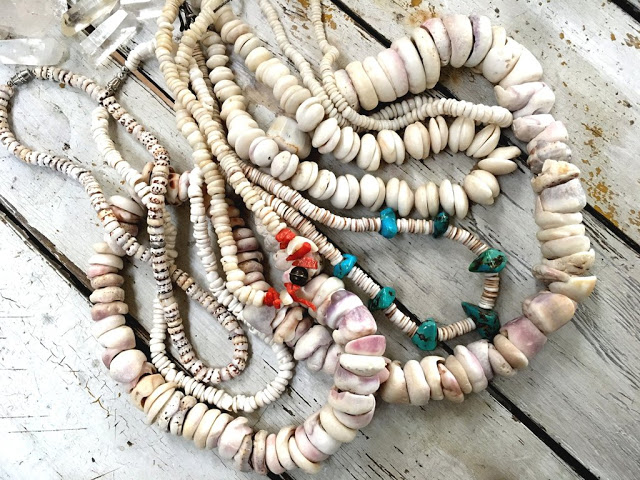 Popularized in Hawaii as well as other surf towns by the surfers. 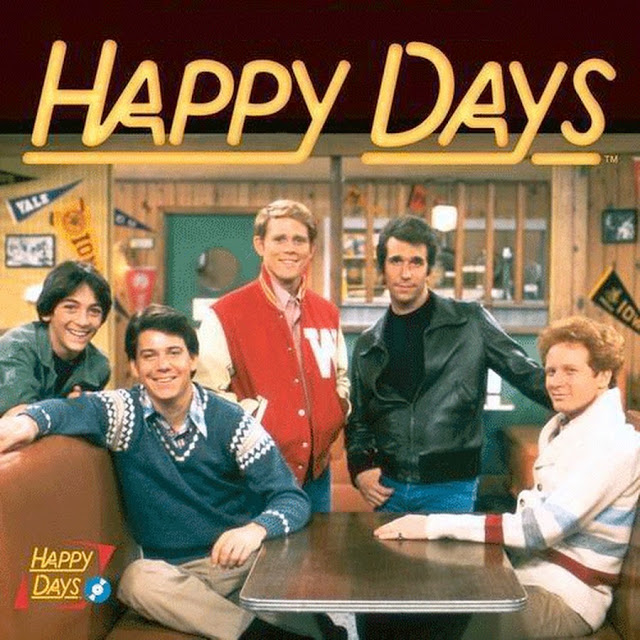 A hit TV show about life in the 1950s. Fonzie was a James Dean type ultra cool guy who rode a motorcycle and could always get a date. 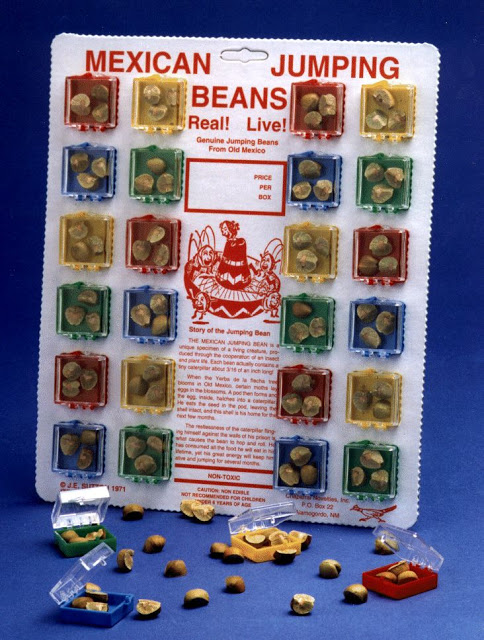 Beans that jump around. 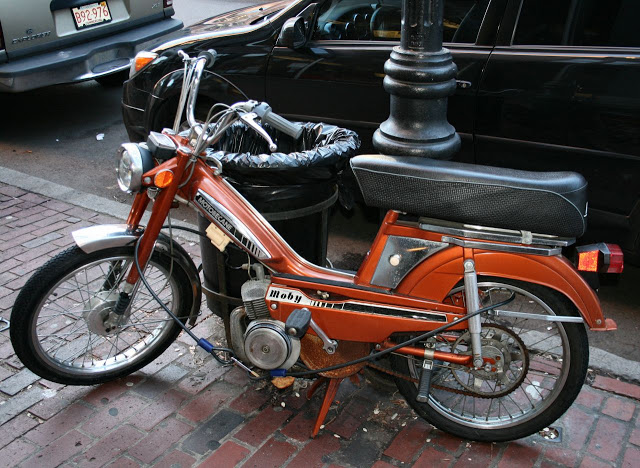 In 1974, the United States was in the midst of a national fuel crisis due to the OPEC oil embargo. Travelers were forced to wait in lines for hours just to get a tank of gas. Most cars to that point were not very fuel-efficient and people looked for a new method of transportation, which could allow them to travel efficiently and reasonably.

The moped, which was half bicycle / half motorcycle had existed for years in Europe but had not made it to the United States, in part because of safety restrictions implemented by the Department of Transportation. In 1972, Serge Seguin of France wrote his Masters thesis on the European moped. After receiving two mopeds and a small amount of money from a company called Motobecane, Seguin traveled throughout the United States promoting the vehicle. After lobbying Congress on its fuel efficiency benefits, Seguin was able to get more than 30 states to devise a specific vehicle classification for the bikes. The bikes had very small engines and often could not exceed 40 miles per hours. What they could do, however, was run for up to 220 miles on one tank of gas. Because of the problems caused by the aforementioned energy crisis, mopeds caught on like wildfire, with more than 250,000 people in the United States owning one in 1977. Alas, as gas prices eventually moved down and automobile companies devised more efficient cars, the mopeds popularity and usefulness began to fade. 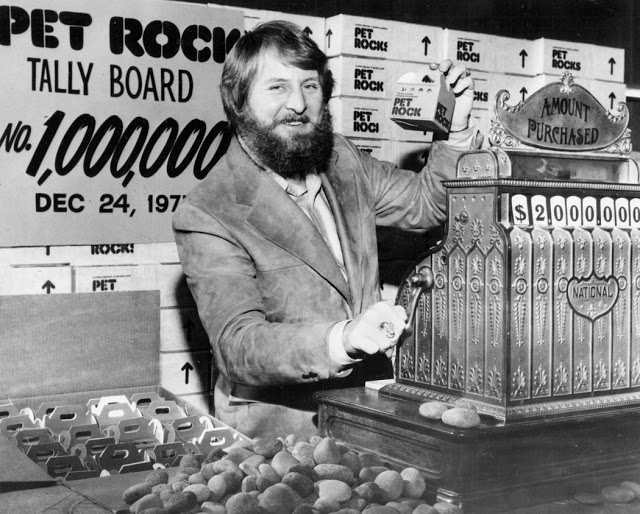 More than a million people bought Pet Rocks as Christmas gifts in 1975. Gary Dahl, of Los Gatos, California, had the idea while joking with friends about his easy-to-care-for pet, a rock. This pet ate nothing and didn’t bark or chew the furniture. Pet Rocks were sold with a funny manual that included tips on how to handle an excited rock and how to teach it tricks. By 1976, Gary Dahl was a millionaire and Pet Rocks were the nation’s favorite pet. 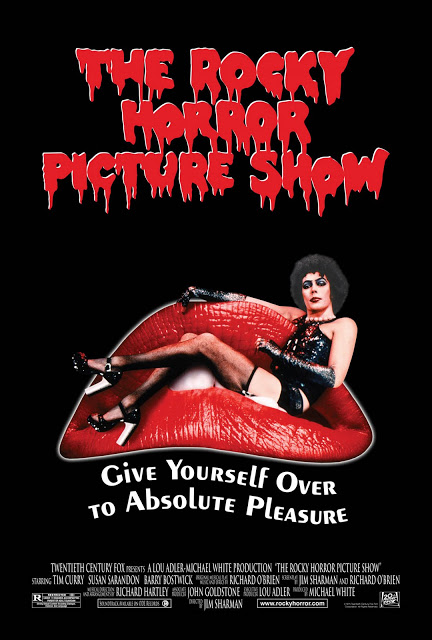 For well over 25 years, fans have flocked to midnight screenings of the Rocky Horror Picture Show. The original movie came out in 1973 as a British musical. It was then turned into a motion picture, which was released around the time of the dying our glam rock scene. Then, it was to be screened “only” at midnight, later the decision turned out to be a stroke of genius. Midnight movie going had become popular among young film buffs and turned the movie into an instant cult classic. 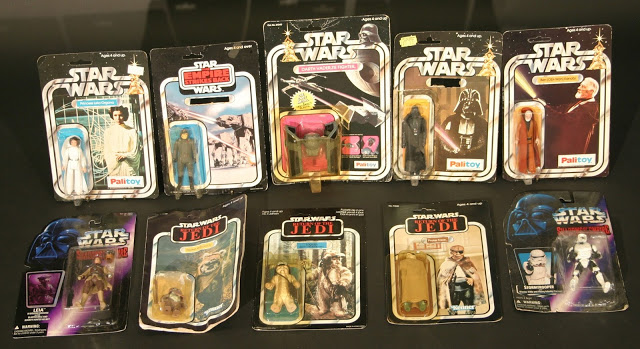 After the popular Star Wars movies there was a cult following with many fans who couldn’t get enough of their favorite characters. Many youths started collecting action figures of Darth Vader, Luke Skywalker, Han Solo and more. 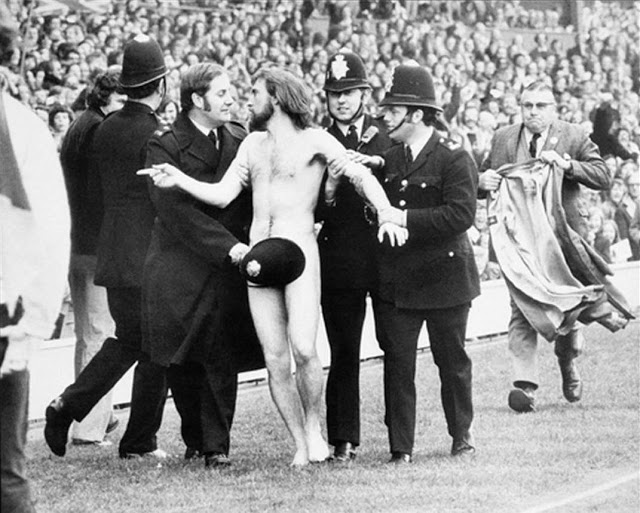 People started the craze of taking off all their clothes and running across the field at major sporting events. A streaker ran across the stage of the Oscars in 1973 while it was being broadcast live on TV. There was even a 1970’s song written about streakers called “The Streaker”. Streaking was popular for only a couple years and soon faded, probably because people were being arrested for streaking. 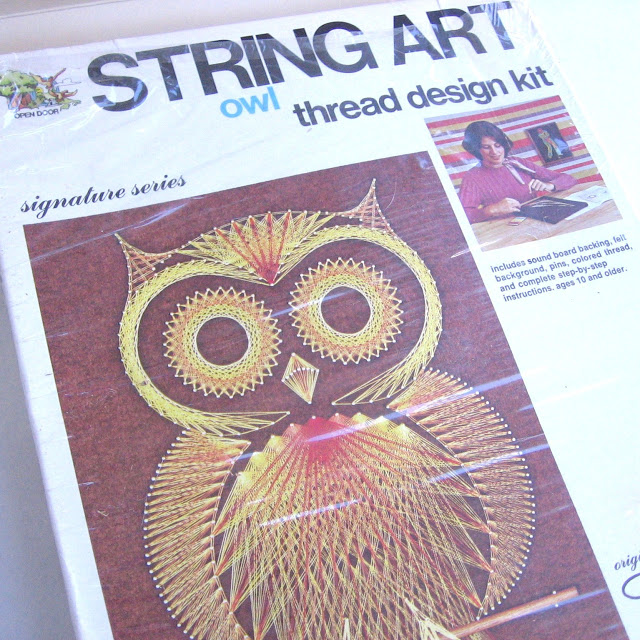 Considered to be pop art, this fad was a challenge. You could choose from a variety of unassembled kits ranging from ships to animals. The kits included a board (often covered in black velvet), nails, and enough string that had to be wound around the nails as instructed. They took many hours to complete and could hung on the wall as a conversation piece. 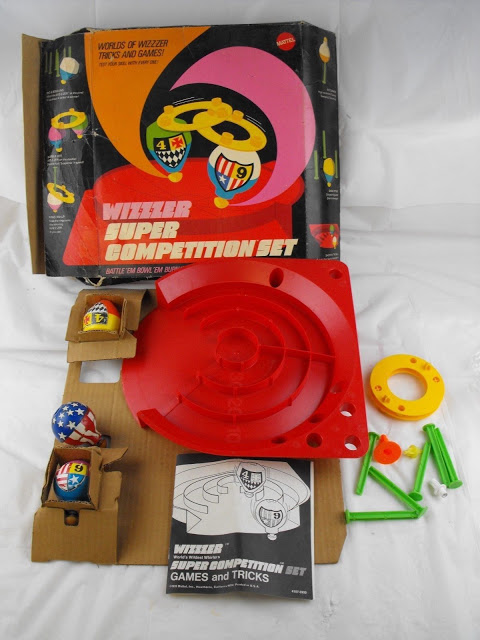 Revolution began with Pong in 1972, which spawned Atari (1978) and those little hand-held football games. 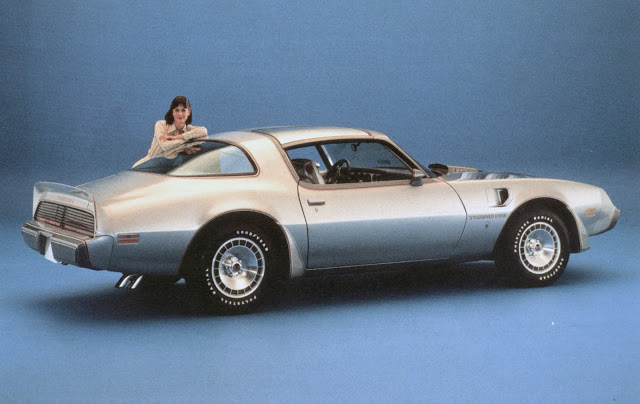 A muscle car that became popular after the movie Smokey & the Bandit which starred Burt Reynolds and Sally Field. 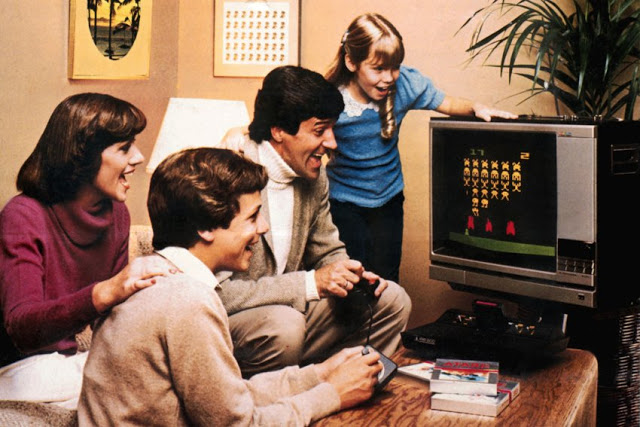 They looked like a top and you could roll the tip across the floor to get just the tip spinning and then set it down and watch it go.