This post was originally published on this site
0
SHARES
ShareTweet
Starting in the 1800’s, bathing, now known as swimming, became a popular recreational activity in the United States. Entrepreneurs saw a niche and built resorts in places like Atlantic City and New Jersey, to attract humans from inland metropolitan areas to escape the summer heat. As water activity increased, so did the incidence of drowning. By the early 19th century as many as 9,000 humans drowned each year in the United States.
Initially these eager businessmen were installing lifelines. However, lifelines proved inadequate because struggling swimmers were not able to grasp ahold of them once they entered into what would become known as the “Drowning Chain”. Duke Kahanamoku, one of Hawaii’s first original watermen, introduced the rescue board between 1910 and 1915, and Captain Harry Sheffield of South Africa is credited with developing the first rescue float . Some communities assigned police officers to perform water rescues, but this diverted resources from law enforcement. Eventually, municipalities began to hire men and women trained specifically for water rescue. They were deemed “lifeguards.”
Lifeguards not being presence at all public bathing areas led the Young Men’s Christian Association (YMCA) to develop a volunteer National Lifesaving Service in 1912. In 1914, Commodore Wilbert E. Longfellow established the American Red Cross Lifesaving, which trained swimmers throughout the United States in lifesaving and resuscitation, then organized them into volunteer corps, and encouraged them to accept responsibility for supervision of bathing activities in their communities.
In the beginning the lifeguard training programs primarily emphasized personal water safety: how to prevent drownings and protect oneself in emergencies. Nonswimming rescue methods, such as throwing a rope or a floating object to the human in the water, were encouraged. Lifeguards considered swimming rescues a last resort due to the hazard presented by a panicked swimmer in the water.
However, soon swimming rescues were unavoidable for professional beach lifeguards in the United States. Special tools, such as the landline and the dory, were developed to assist in swimming rescues. Over time, improved lifesaving devices were created by beach lifeguards in the United States. These include the rescue buoy, the rescue tube, and the rescue board which are commonly used around the world at beaches, pools, and water parks. Today, many beach lifeguards use powerboats and personal watercraft to assist them in reaching off-shore swimmers in distress quickly and use scuba equipment for deep water rescues. 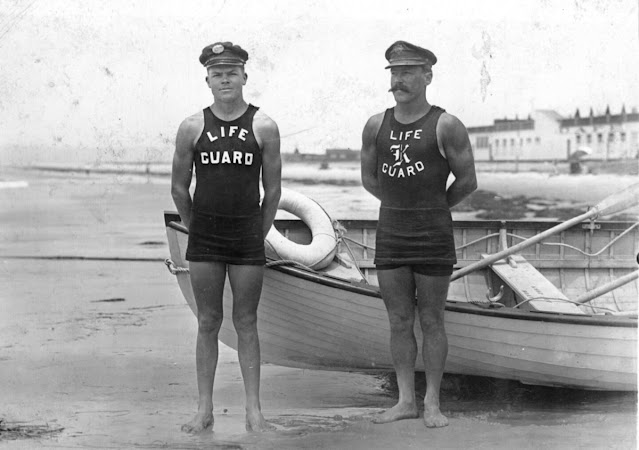 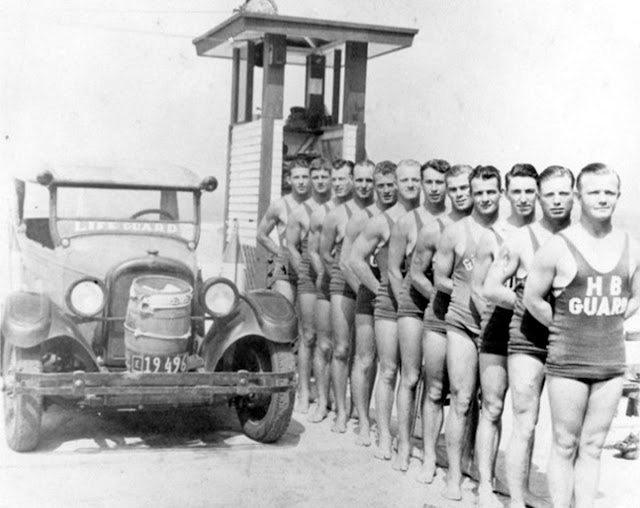 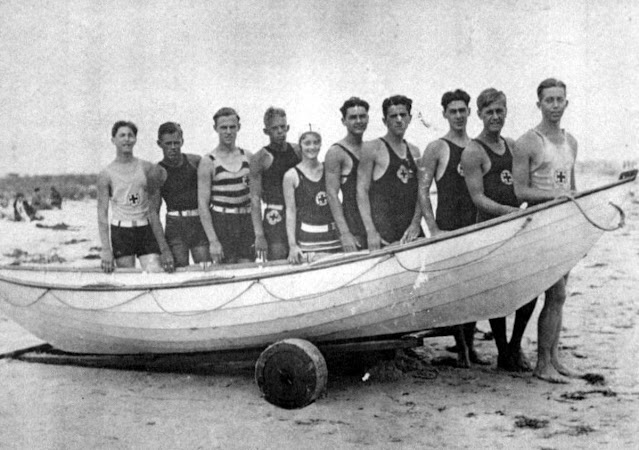