In 1968, James Earl Jones received critical acclaim for his performance as a boxer fighting society in the play The Great White Hope written by Howard Sackler, a role that won him the Tony Award for Best Actor in a Play in 1969. Jones would later earn an Academy Award for Best Actor for the same role in the 1970 film adaptation. Previously he was visited by Muhammad Ali during the New York production of the play, and the boxer was greatly impressed with Jones’ performance. “Hey! This play is about me! Take out the interracial love stuff and Jack Johnson is the original me!” Ali reportedly told Jones. “You just change the time, date and the details and it’s about me!”

Below are 10 photographs capture Jones and Ali chatting and sparring with each other on the set of the film version at 20th Century Fox Studio in 1968, taken by Lawrence Schiller: 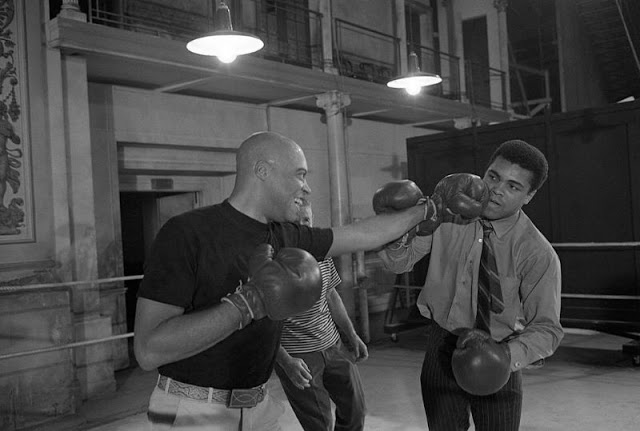 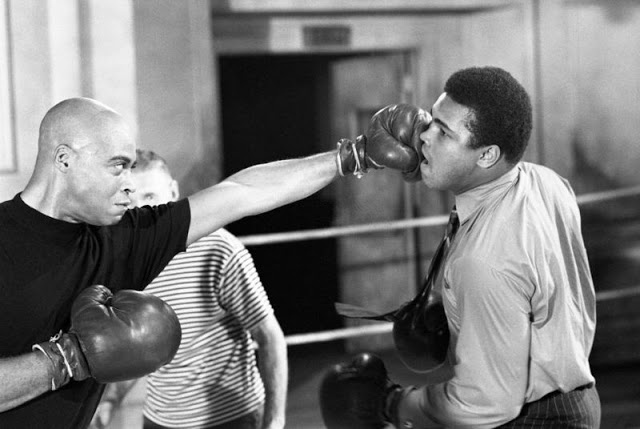 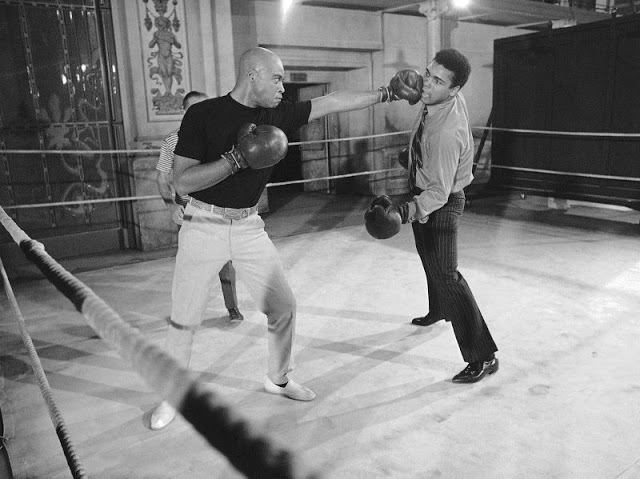 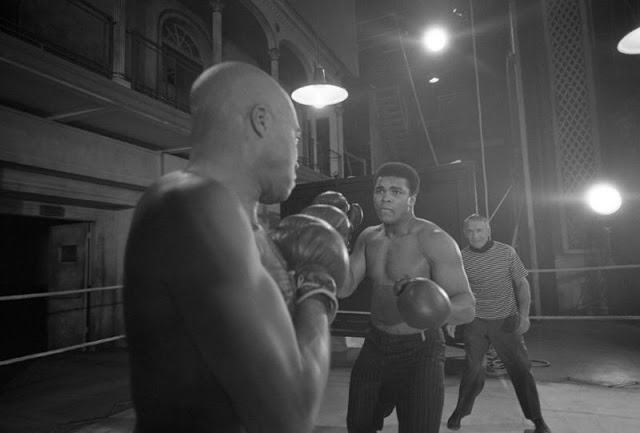 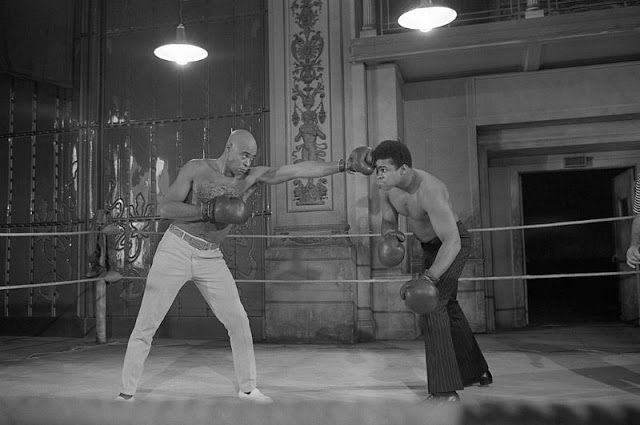