In 1930, 22-year-old Bette Davis moved to Hollywood, but only until 1932 and after six previously unsuccessful films that she finally achieved her breakthrough. Her leading role in The Man Who Played God (1932) brought her a contract with Warner Bros., the studio with which she would remain for the next 18 years. Davis received major critical acclaim and her first Academy Award nomination for her performance as an unsympathetic waitress in Of Human Bondage (1934). She would go on to win her first Oscar a year later for her role in Dangerous (1935). 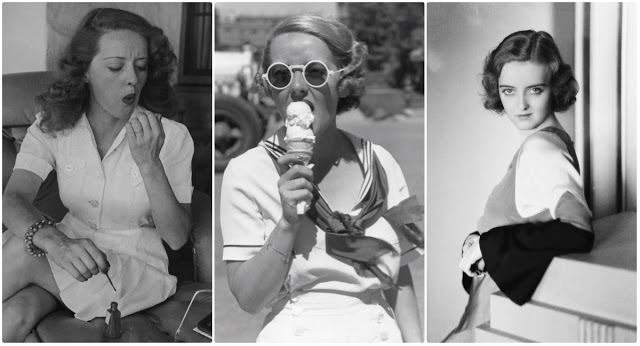 Determined that her talent and career were being wasted by mediocre films, Davis accepted an offer to appear in two films in Britain in 1936. As she was still under contract to Warner Bros., her act was seen as a violation. She brought her case to court in Britain, but eventually lost and forcefully returned to Hollywood. Her roles, however, improved dramatically after the lawsuit. At the Venice Film Festival in 1937, she won a Volpi Cup for her performances in Kid Galahad (1937) and Marked Woman (1937). Davis won her second Oscar for Jezebel (1938) in 1939 and earn her fourth Best Actress nomination for Dark Victory (1939) in 1940. She appeared in three other box-office hits in 1939: The Old Maid, Juarez, and The Private Lives of Elizabeth and Essex.

Take a look back at the actress during the 1930s through these 29 vintage photographs: