Even before the Wright brothers made their first flight in 1903, people have widely imagined a future where flying cars — or aerocars — are a fact of life, whisking us about without the hassles of roads and traffic. 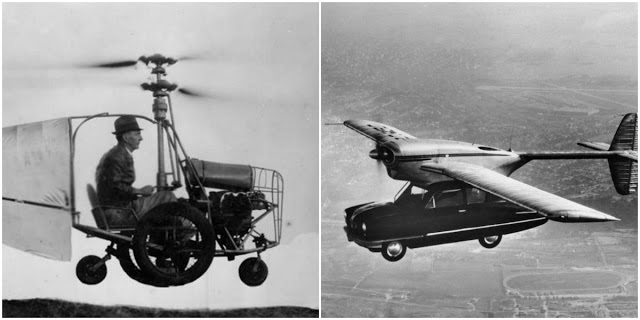 A flying car is a type of personal air vehicle or roadable aircraft that provides door-to-door transportation by both ground and air. The term “flying car” is also sometimes used to include hovercars.

Many prototypes have been built since the first years of the twentieth century using a variety of flight technologies and some have true VTOL performance, but no flying car has yet reached production status. Here are 12 amazing examples of flying cars from over the years. 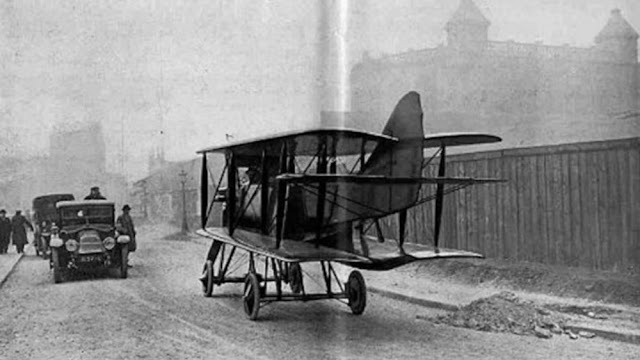 In 1921 René Tampier tackled the problem of designing an aircraft that was self-propelled and steerable on roads by including a second, low-powered engine driving the main landing wheels through a standard car-type transmission. The roadwheels were completed with a retractable pair nearer the tail. These were steerable, so on the road the Tampier Avion-Automobile, with its wings and tailplane folded, travelled tail first. Only two prototypes were built. 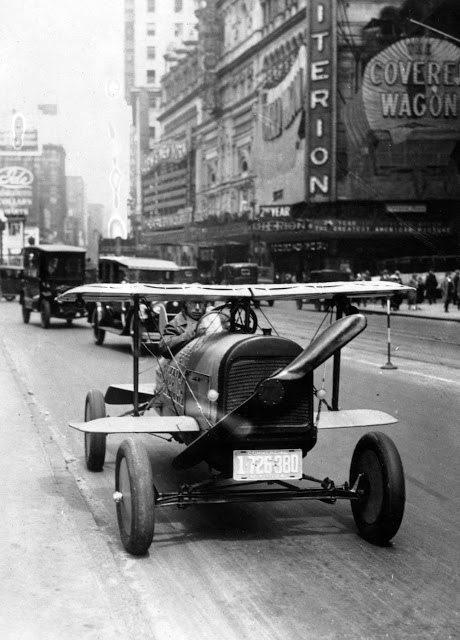 A car with wings and a propeller protruding from the radiator grille, invented by A. H. Russell in Nutley, New Jersey. 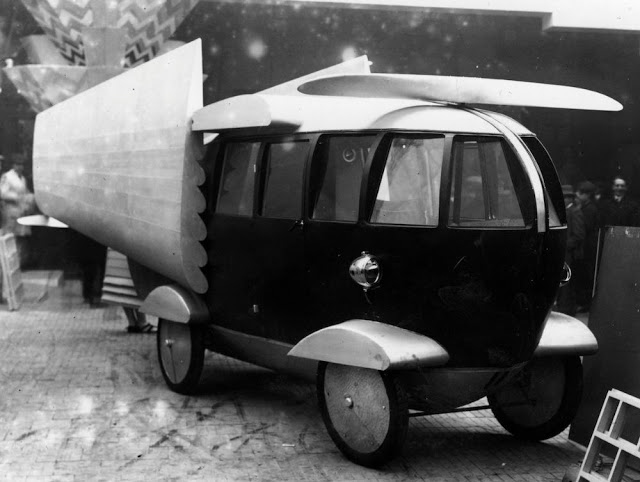 An aerocar, unconfirmed as being able to fly, which had a triple function: a combined car, airplane and boat. 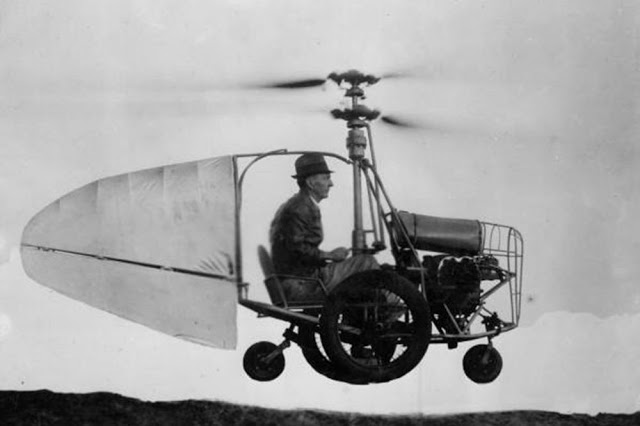 This flying car is almost a legend, and besides this photo and a brief mention of the vehicle in a newspaper clipping from Andalusia, Alabama, it might as well have not existed at all. According to the story, the photo above is of Jess Dixon; it was supposedly taken sometime around 1940. Although it’s considered a flying car by aviation history buffs, the machine is actually closer to a “roadable helicopter,” due to the two overhead blades spinning in opposite directions. In other words, it’s a gyrocopter that can also roll.

The Flying Auto was powered by a small forty-horsepower engine, and foot pedals controlled the tail vane on the back, allowing Mr. Dixon to turn in mid-air. It was also supposed to be able to reach speeds of up to one hundred miles per hour (160 kph), and was able to fly forwards, backwards, sideways, and hover. Not bad for a flying car that was never heard from again. 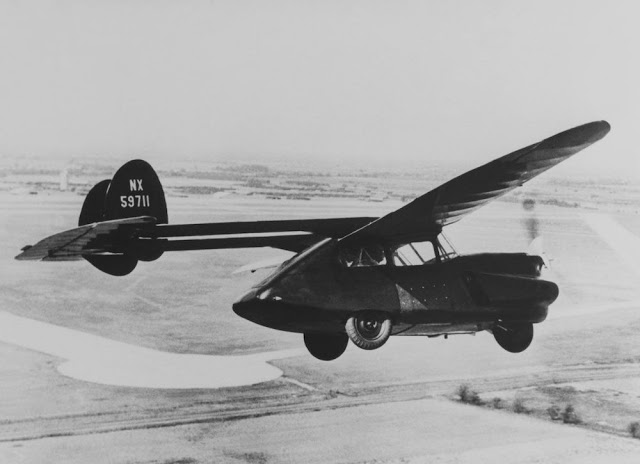 A flying automobile with a 130-hp. Franklin engine, it had a top road speed of 60mph and flight speed of 110mph. Those speeds were set by the first model of a design by Ted Hall, aviation engineer. Portable Products Corp., Garland, Tex., is considering the possibilities of producing it.

The “roadable” plane has detachable propeller, wing, booms, and tail. The forward end of the engine crankshaft turns the prop, while a shaft extends aft from the engine into a conventional automobile transmission and differential. Power goes both to propeller and rear wheels for the take-off.