As a slave, he went by the name “Cudjo,” a day-name given to boys born on a Monday, as the slavers could not pronounce the name “Kossola.” 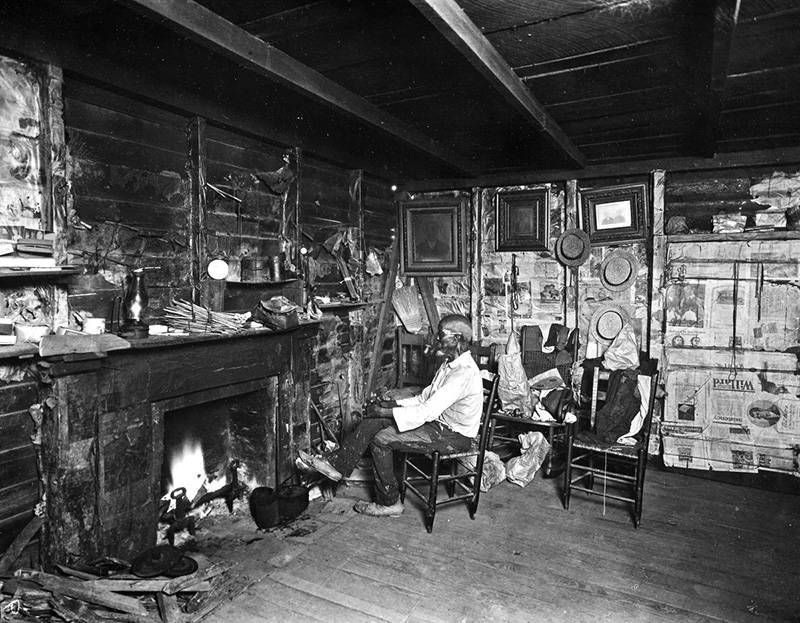 University of South Alabama Cudjo Lewis at his home in Africatown.

Due to the nature of the Transatlantic Slave Trade, and the practices of American slave owners, enslaved Africans brought to the U.S. lost much of their connection to the West African cultures from which they originated.

Cudjo Kossola Lewis, the last known survivor of the Atlantic slave trade, bridged this gap, connecting his traditional African culture to his horrible experience as a slave, and in the process became an icon among writers and academics in the 1930s trying to better understand the full story of slavery in the United States.

Cudjo was born with the name “Kossola” in the Banté region of West Africa, which is today encompassed by the nation of Benin, in 1840. He grew up in a Yoruba community in a large family of 17 siblings.

In the spring of 1860, Cudjo’s peaceful life was interrupted when he was abducted by the army of the African Kingdom of Dahomey and sold by them at the slaving port Ouidah.

By this time, the importation of slaves had been illegal in the United States for nearly 60 years, and British and American ships had already set up a blockade around West Africa to prevent slaves being shipped from the continent.

However, slave traders still attempted to illegally bring slaves to the United States due to the immense profit they stood to make by flouting the law. Furthermore, at that time, slave traders who had been charged with piracy were acquitted by a jury in Georgia, leading many to believe they could smuggle slaves into the U.S. without consequences.

Cudjo was sold to Captain William Foster of the Clotilde, who illegally smuggled Cudjo and 115 more African men and women to Mobile, Ala. where they were sold to businessman Timothy Meaher.

The Clotilde was the last known ship to have brought slaves from Africa to the United States. 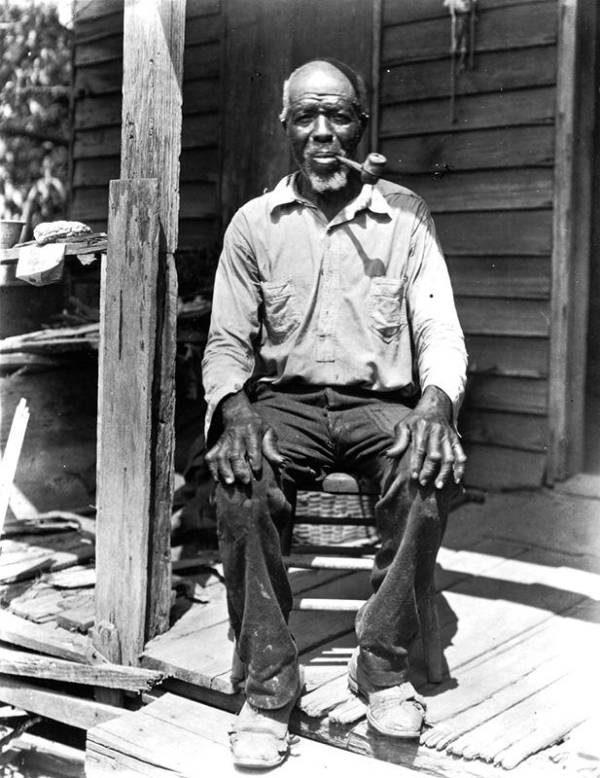 While police were alerted to the illegal shipment of slaves, and charged Meaher with with illegal possession of captives, by the time they arrived on his property to execute the arrest, he had hidden away the captives and had erased all trace of them having been there.

Meaher owned an area of land outside Mobile called Magazine Point that was surrounded by swamp and only easily accessible by boat. This bought him time to hid his newly captured slaves from arriving lawmen.

Without the physical evidence of the captives, the case was dismissed in January 1861, and Cudjo and his fellow captives were forced to work on Meaher’s mill and shipyard as slaves.

As a slave, he started to go by the name “Cudjo,” a day-name given to boys born on a Monday, as Meaher could not pronounce the name “Kossola.”

His last name, Lewis, was likely derived from his father’s name: Oluale.

Cudjo toiled as a slave for four years, until the Civil War ended in 1865 and slavery was made illegal. In 1868, when the 14th amendment was passed making all former slaves American citizens, Cudjo was not included as he was not born in the United States.

It was only months later when Cudjo was nationalized that he became an American citizen.

Following the end of legal chattel slavery in the U.S., Cudjo and his compatriots, who had only been taken from Africa five years earlier, attempted to raise enough money for the voyage back home to their respective communities.

However, with the economic opportunities afforded to former slaves in the South, they quickly realized that it would be impossible to raise enough money to return home.

Like many freed slaves, the members of this community continued to work for the family that had previously enslaved them, receiving meager pay for their hard work. Cudjo continued to work in Meaher’s lumber mill, where he eventually raised enough money to buy a two-acre plot of land in Magazine Point for $100 in 1872. 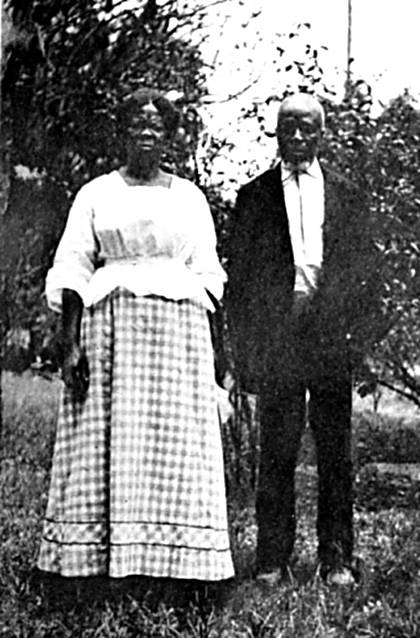 Wikimedia Commons Cudjo Lewis with Abache, another survivor of the Clotilde.

At this point, many of the Africans brought over on the Clotilde began to band together as a community and buy out land in the area.

They created a self-contained community where they spoke a regional African language among each other and never needed to learn English. To outsiders, this area became known as Africatown.

While they continued practicing most of their West African traditions, they did adopt Christianity, building a church in their community early on.

They took a chief, named Charlie Poteet, and a medicine man, who went by Jabez.

There, Cudjo settled down with his wife, Abile, another survivor of the Clotilde, who he started a relationship with in 1860 and officially married in 1880.

The two of them lived on their land, which Cudjo organized like a Yoruba family compound, and farmed on.

He had two sons, one of which continued to live in a house on Cudjo’s property when he married and started a family, in typical Yoruba fashion.

Cudjo worked as a farmer and a laborer to provide for his family until he was injured when his buggy was hit by a train in 1902. After that, he became the caretaker of the community’s Baptist church.

When his son died in 1908, Cudjo allowed his daughter-in-law and grandchildren, and eventually her second husband, to continue to live on his compound.

In the 1910s, a writer from Mobile, Emma Langdon Roche, interviewed Cudjo for her book Historic Sketches of the South.

As one of the few remaining ex-slaves who had actually endured the horrors of the transatlantic journey, and who had memories of their lives in Africa, Cudjo’s story became a sensation within the tight-knit community of anthropological writers at the time.

Arthur Fauset, a writer and folklorist of the early 20th century, talked to Cudjo in 1925, where Cudjo relayed many of the animal stories of his culture’s oral tradition to Fauset.

By then, Cudjo was the last survivor of the Clotilde, and the last person alive to have been brought to America from Africa as a slave.

Fauset published these stories, as well as an account by Cudjo Lewis of hunting back home in Africa.

However, his largest cultural impact arrived when he met pioneering American author and folklorist Zora Neale Hurston. She wrote and published articles about Cudjo’s story, and took pictures and video of him.

The life of Cudjo Lewis is an interesting look at the slave trade and displays the rich cultures that were brought to the U.S. from Africa, and then stomped out through the cultural genocide that accompanied slavery.

Enjoy this article on Cudjo Lewis? Next, read the story of the slave who escaped George Washington’s estate. Then, see how footage of a modern day African slave market sparked outrage around the world.