Hear from Tsutomu Yamaguchi, the survivor (“hibakuisha”) who endured the Hiroshima blast only to flee home to Nagasaki, where he survived that bombing too. 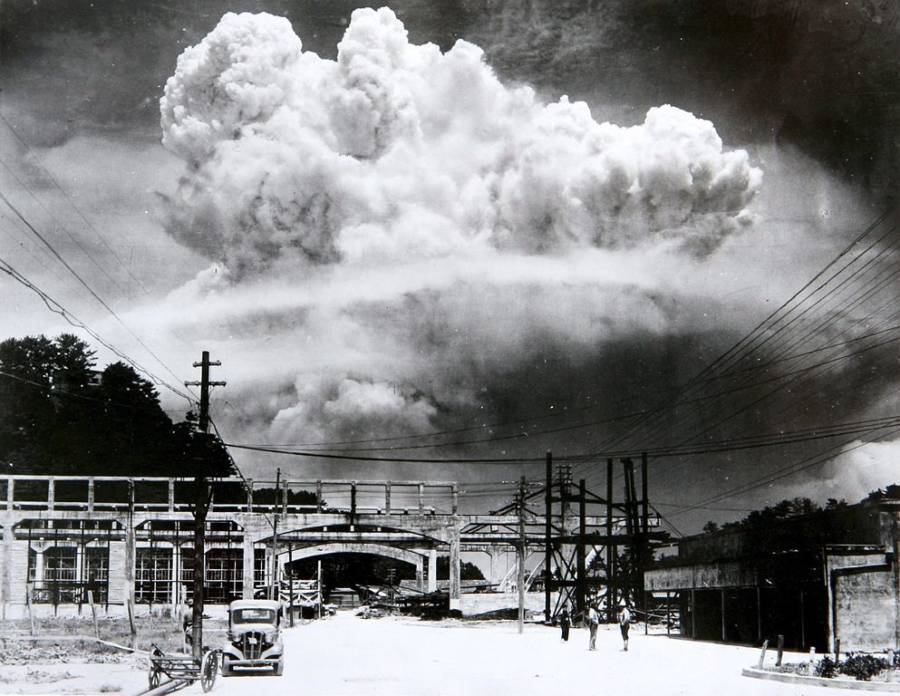 On Aug. 6, 1945, 29-year-old Tsutomu Yamaguchi was in Hiroshima on business for Mitsubishi Heavy Industries. Preparing to return home, he realized that he had left an important document back at the office. As he headed off to retrieve it, a 13-kiloton bomb nicknamed “Little Boy” exploded in the air above the city.

“It was like a flash of magnesium, a great flash in the sky, and I was blown over,” Yamaguchi told The Times in 2009, continuing:

“When I opened my eyes, everything was dark… I thought I might have died, but eventually the darkness cleared and I realised I was alive… When the noise and the blast had subsided I saw a huge mushroom-shaped pillar of fire rising up high into the sky. It was like a tornado, although it didn’t move, but it rose and spread out horizontally at the top. There was prismatic light, which was changing in a complicated rhythm, like the patterns of a kaleidoscope.”

Yamaguchi sustained burns to his upper torso as well as ruptured eardrums and temporary blindness. He spent the evening in a bomb shelter in the city, nursing his wounds, before traveling home — to Nagasaki.

He arrived back home on Aug. 8 and reported to work the following day, sharing his story with his incredulous boss. Tsutomu Yamaguchi was in the middle of describing the complete and total destruction in Hiroshima just as the second atomic bomb, “Fat Man,” hit Nagasaki.

“I thought the mushroom cloud had followed me from Hiroshima,” Yamaguchi told the Independent in 2009.

Yet Yamaguchi miraculously survived this bombing too, along with his wife and infant son. For the next week, they lived in a bomb shelter near the ruins of their home while Japan officially surrendered, bringing World War II to an end, and U.S. occupation of the country began. 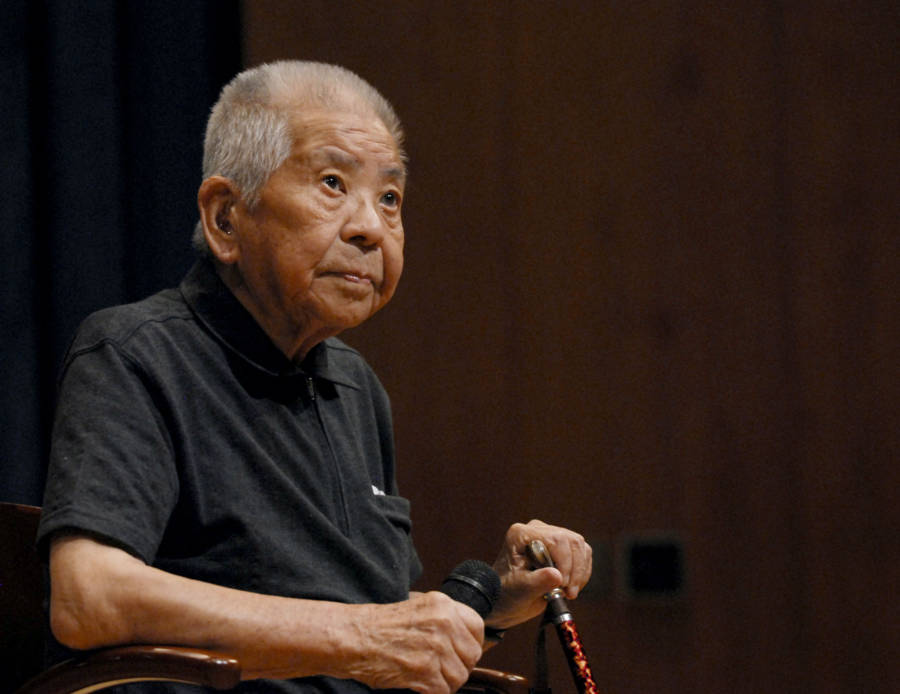 Jemal Countess/WireImage/Getty ImagesTsutomu Yamaguchi participates in a Q&A following a screening of a film about him. Aug. 3, 2006.

Tsutomu Yamaguchi’s post-war life was a quiet one. He recovered from his burns and radiation sickness, and he went on to become a teacher before later returning to work at Mitsubishi Heavy Industries.

At first, he avoided advocating for nuclear disarmament, content to live a quiet life. “Afterwards he was fine – we hardly noticed he was a survivor,” recalled his daughter, Toshiko. “He was so healthy, he thought [participating in anti-bomb activities] would have been unfair to people who were really sick.”

But like many hibakusha — survivors of the atomic bombings, which killed an estimated 200,000 people — Tsutomu Yamaguchi and his family ultimately suffered from the effects of radiation exposure. Both his wife and son eventually died of cancer, a common illness among survivors. 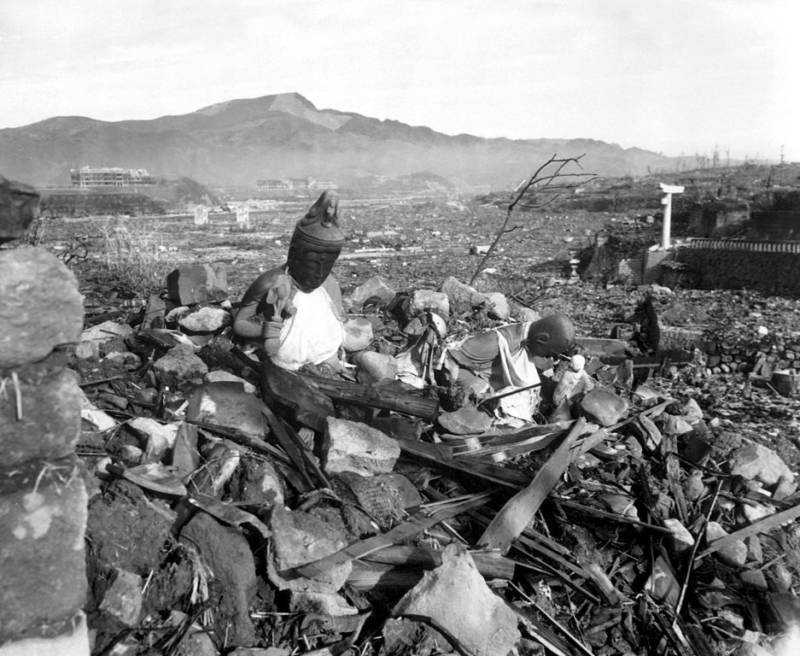 As he grew older, Tsutomu Yamaguchi then began to speak out against the use of nuclear weapons. He penned a memoir, wrote to President Obama on the subject, and appeared in a documentary on double bombing hibakusha that was screened at the United Nations in 2006. That film’s producers found some 165 hibakusha who were thought to have survived both the Hiroshima and Nagasaki bombings, but Yamaguchi was the only hibakusha officially recognized by the Japanese government as such thanks to his multiple petitions.

“My double radiation exposure is now an official government record,” he said in a 2009 interview, the year before he died of stomach cancer at age 93. “It can tell the younger generation the horrifying history of the atomic bombings even after I die.”

For more unbelievable stories like that of hibakusha Tsutomu Yamaguchi, check out some of the most interesting history facts you’ll ever read. Then, discover the seldom-heard story of the Nagasaki bombing — and learn why it almost didn’t happen at all.