Women who gossipped in the Middle Ages faced public humiliation at the hands of their husbands when they were forced to wear the Scold’s Bridle for hours on end. 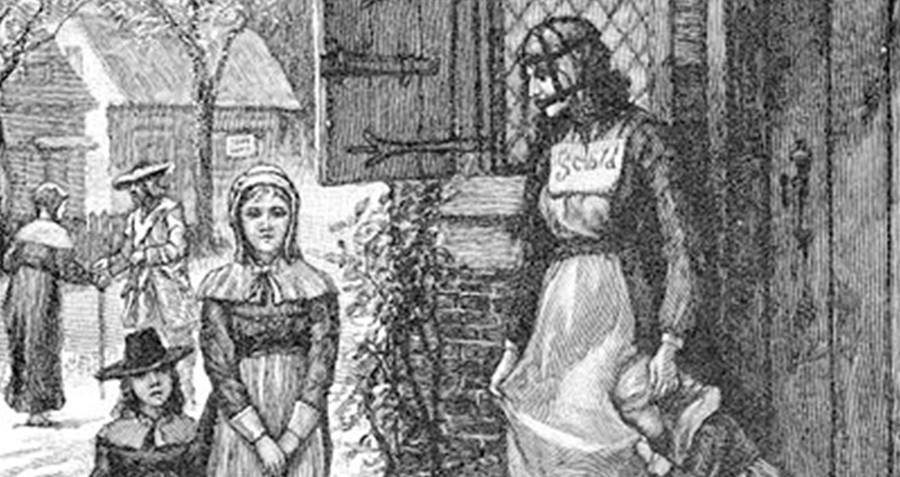 Like modern women occasionally do, the ladies of the Middle Ages often got together to discuss the latest gossip. They would get together over what I like to imagine as a medieval Sunday brunch, and chit-chat about the newest rumors. However, while women today face almost no repercussions for their idle chatter, women of the Middle Ages faced an extreme sort of corporal punishment – the Scold’s Bridle.

The Scold’s Bridle is one of those things that proves that no matter how hard being a woman can sometimes seem, compared to the Middle Ages, women today are doing just fine.

The Scold’s Bridle was comprised of several strips of iron that surrounded an iron muzzle, that would be wrapped around a woman’s face like a mask. A small piece of iron, known as the “bridle bit,” would be placed inside a woman’s mouth and pressed upon the tongue to prevent her from speaking. 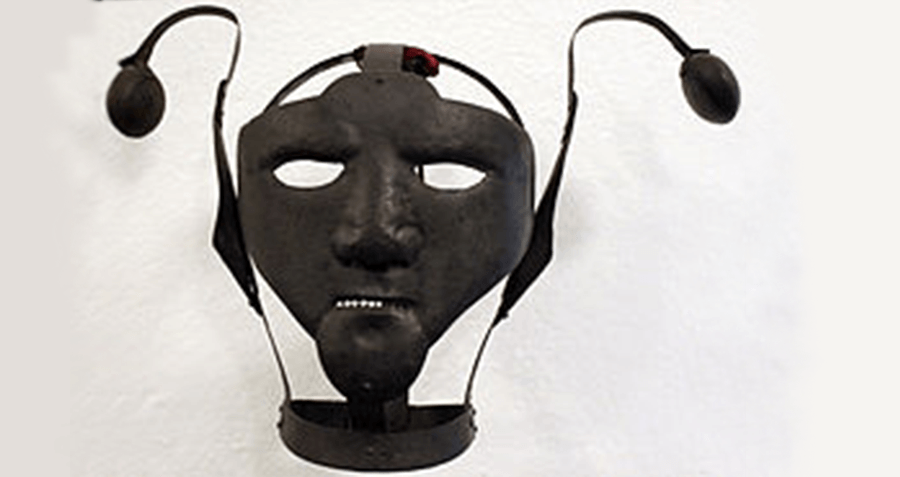 You know, like that thing you put in a horse’s mouth when you want to control it. Sometimes, the bit even had a spike on it which would puncture the tongue if speaking was attempted. The woman’s husband, upon hearing that his wife had been engaging in a round of gossip, would secure the bridle to his wife’s face to teach her a lesson.

As if the iron mask and its mouthpiece weren’t humiliating enough, the husband would then attach a leash to his iron masked wife and take her on a literal walk of shame around the town, encouraging passersby to insult or spit on her. Occasionally a bell would be affixed to the top of the bridle, to draw more attention during the walk.

The “Scold” part of “Scold’s Bridle” comes from the term that was usually applied to a woman in a derogative sense, who is seen to be nagging or constantly displeased. The “Bridle” part, of course, comes from the headpiece worn by horses, used when their riders want more control over their movements. 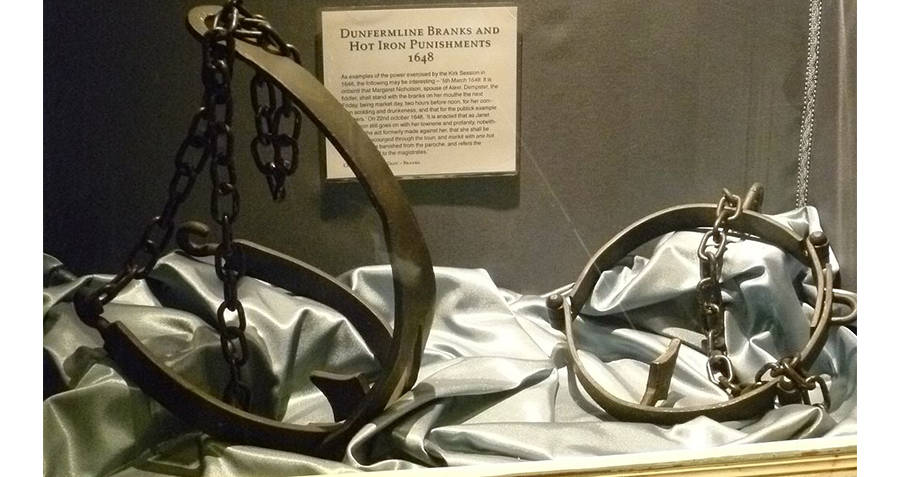 The idea behind the corporal punishment of a scold was not an innovative one by any means. In the Christian religion, the most widely followed one at the time, it was believed that punishing one’s body was the only way to atone for one’s sins, and deeper understand the weight of one’s crimes against the church. It was only through pain that true understanding, and therefore innocence, could be achieved.

The idea of the Scold’s Bridle was also not a new one. Similar head cages had been used to control slaves for hundreds of years and would continue to be used to do so, almost until the 19th century.

Thankfully, by the end of the 16th century, the Scold’s Bridle had begun to see a decrease in popularity. Whether women began to gossip less, or whether men decided that other forms of punishment were more effective, the bridle began to fall by the wayside. And, indeed, by the time the colonists were settling the New World, the bridle had been almost eliminated from use.

Though, of course, public humiliation was still commonplace, as the new and exciting practice of placing people in the stocks became the preferred method of public shaming.

For more macabre medieval practices, check out the most painful medieval torture devices, and the way that medieval humans mutilated their dead to avoid them becoming zombies.