The idea of a gay bomb came from a desire to debilitate and distract their opponents but not necessarily kill them. 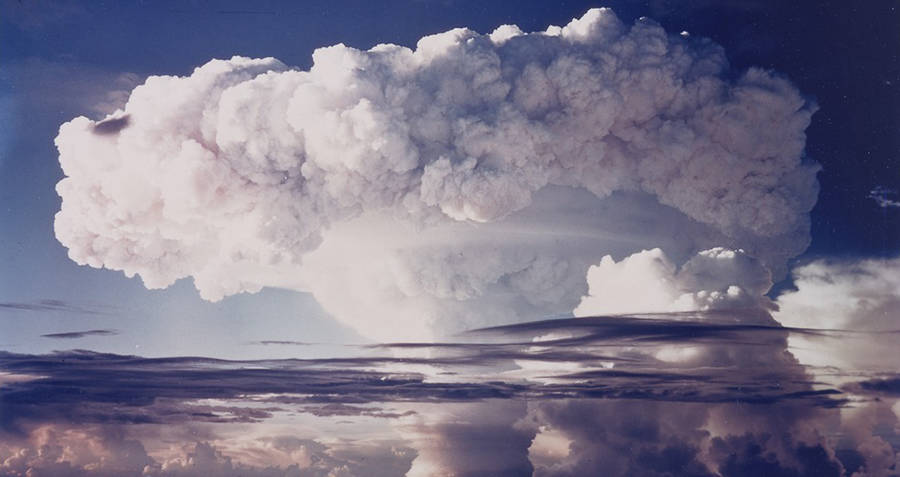 Wikimedia Commons
The gay bomb was a theoretical cloud of gas that would turn enemy soldiers gay.

The concept of a “gay bomb” sounds like something out of a bad science fiction movie. A bomb that would drop a mixture of chemicals on the enemy and literally make them fall in love with one another to distract them from their wartime duties seems like such an impossible, far-fetched, ludicrous plan that no one could ever possibly attempt it, right?

In 1994, the US Department of Defense was looking into theoretical chemical weapons that would disrupt enemy morale, debilitating enemy soldiers but not going so far as to kill them. So, researchers at the Wright Laboratory in Ohio, a predecessor to today’s the United States Air Force Research Laboratory, began exploring some alternative options.

What existed, they asked, that would distract or delude a soldier long enough to mount an attack, without causing the soldier any bodily harm?

The question was obvious: sex. But how could the airforce make that work to their advantage? In an act of brilliance (or insanity) they came up with the perfect plan.

They put together a three-page proposal, in which they detailed their $7.5 million invention: the gay bomb. The gay bomb would be a cloud of gas that would be discharged over enemy camps “that contained a chemical that would cause enemy soldiers to become gay, and to have their units break down because all their soldiers became irresistibly attractive to one another.”

Basically, the pheromones in the gas would turn the soldiers gay. Which sounds totally legit, obviously.

Of course, very few studies have actually produced results that back this proposal up, but that didn’t stop them. The scientists continued to suggest additions to the gay bomb, including aphrodisiacs, and other scents. 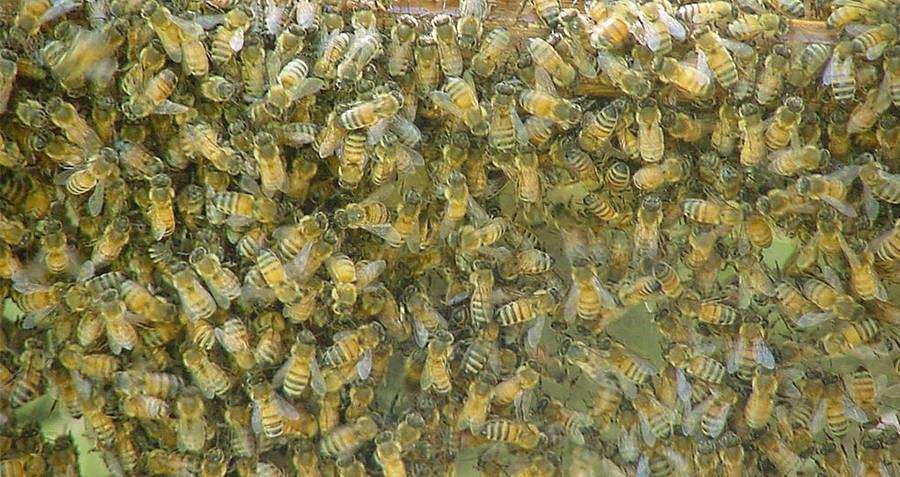 Wikimedia CommonsOne theory suggested using a smell that would attract a swarm of angry bees.

Thankfully, the gay bomb was only ever theoretical and never put into motion. However, it was proposed to the National Academy of Sciences in 2002 and sparked a series of other, equally unusual chemical warfare ideas.

In the next few years, scientists theorized a “sting me/attack me” bomb, which would drop a scent that attracted swarms of enraged wasps, and one that would make skin suddenly unbelievably sensitive to the sun. They also proposed one that would cause “severe and lasting halitosis,” though it’s not entirely clear what they hoped to achieve by just giving their enemies bad breath.

Among the more comical ideas was a bomb titled “Who? Me?” which simulated flatulence among the ranks, hopefully distracting the soldiers with terrible smells long enough for the U.S. to attack. That idea was scrapped almost immediately, however, after researchers pointed out that some people throughout the world don’t find the smell of flatulence particularly offensive.

Like the gay bomb, these creative chemical ideas also never came to fruition. According to Captain Dan McSweeney of the Joint Non-Lethal Weapons Directorate at the Pentagon, the department of defense receives “hundreds” of projects per year, but none of these particular theories ever took off.

“None of the systems described in that [1994] proposal have been developed,” he said.

Despite the drawbacks, for their work in such an innovative field, the researchers who conceptualized the gay bomb were awarded the Ig Nobel Prize, a parody award which celebrates unusual scientific achievements that “first make people laugh, and then make them think.”

The gay bomb certainly fits the bill for that one.

After reading about the theoretical gay bomb, check out the super real Bat Bomb‘. Then, read about the guy who brough home a live 550-pound World War II era bomb.