The HZ-1 Aerocycle, also known as the YHO-2 and by the manufacturer’s designation DH-5 Aerocycle, was an American one-man “personal helicopter” developed by the de Lackner Helicopter Company, Mount Vernon, New York, in the mid-1950s.

Originally designated YHO-2 by the U.S. Army, then later re-designated HZ-1 and named “Aerocycle”, the prototype made its first tethered flight on 22 November 1954, with its first free flight taking place in January 1955 at the Brooklyn Army Terminal. Over 160 flights totaling more than 15 hours of flight time were conducted, and the results of this early test flight program were considered promising enough that a dozen examples of the type were ordered. Predictions were made that the craft could provide transport to a modern version of the old horse cavalry, providing airborne “eyes and ears” for the Army.
In 1956, the test program was transferred to Fort Eustis, Virginia, where Captain Selmer Sundby took over test-flying duties. The HZ-1 had been designed to be very easy to fly, and early testing indicated that untrained soldiers could learn to operate the craft in less than 20 minutes, and some claiming that only five minutes of instruction were required. In addition, the HZ-1 proved to be faster than other flying platform designs evaluated by the Army. Sundby, however, quickly determined that the craft was much more difficult to fly than had been expected, and would not be safe in the hands of an inexperienced pilot. In addition, the low-mounted rotors proved to be prone to kicking up small rocks and other debris.
Over a series of tethered and free-flying test flights lasting up to 43 minutes, the HZ-1 suffered a pair of accidents. Both crashes occurred under similar conditions – the contra-rotating rotors intermeshed and collided, the blades shattering, causing an immediate loss of control resulting in a crash. Aerodynamic testing was conducted in the full-scale wind tunnel at the Langley Research Center, and it was discovered that the Aerocycle’s forwards speed was limited by an uncontrollable pitching motion, but rotor-tip clearance was always sufficient. The inability to determine the precise cause of the intermeshing, combined with the fact that the “personal lifting device” concept was failing to live up to its expectations, led to the decision to terminate the project.
Sundby was awarded the Distinguished Flying Cross for his test-flying work with the HZ-1, going on to test-fly the H-21 and H-34 helicopters, as well as seeing combat in the Vietnam War before retiring with the rank of colonel. 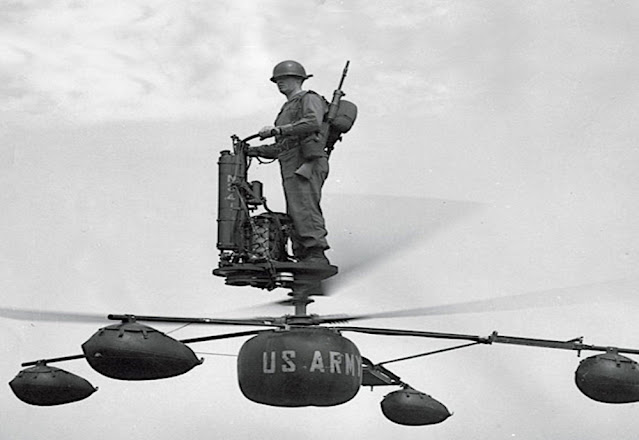 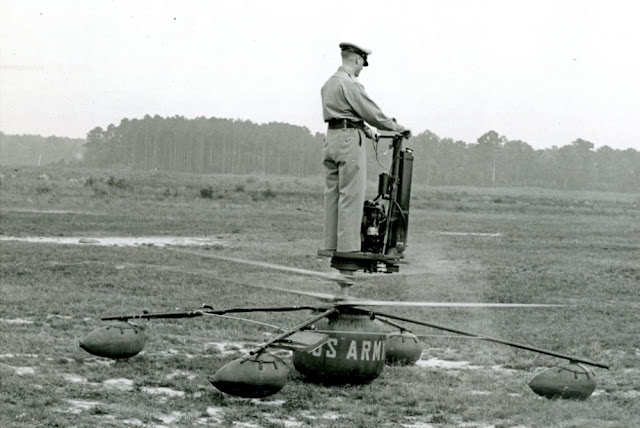 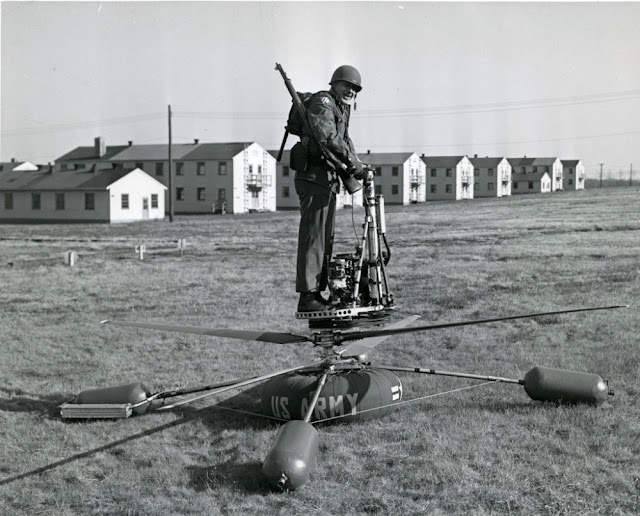 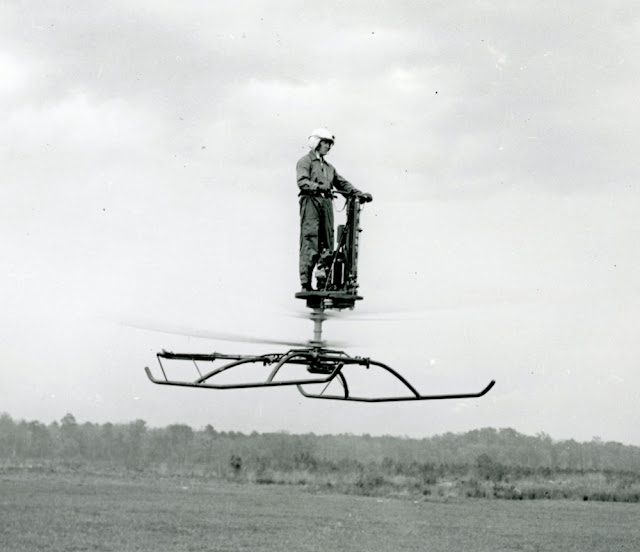 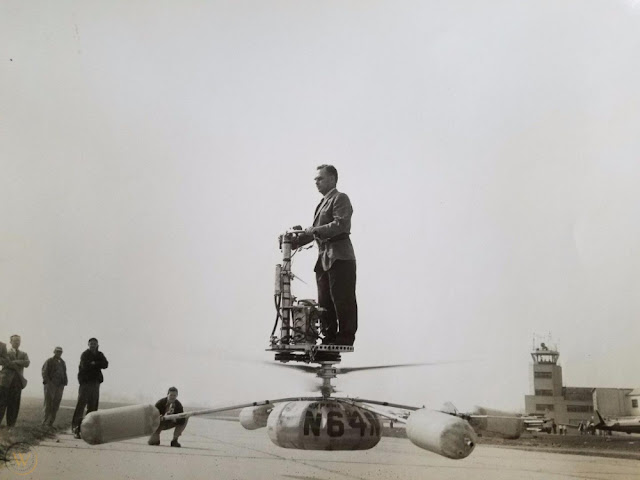