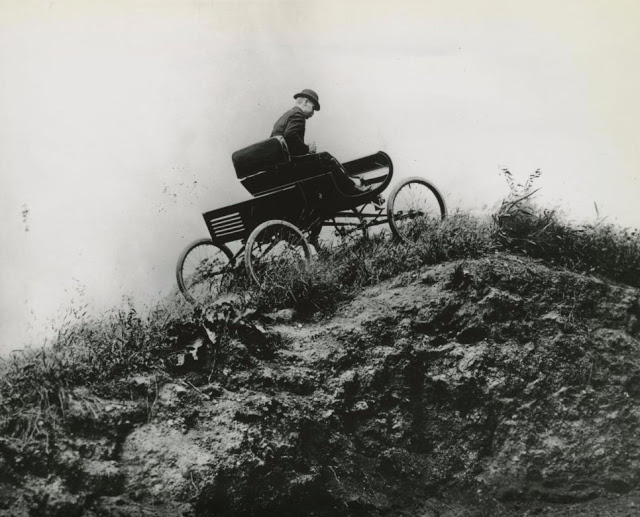 With its one-cylinder engine and horseless carriage looks, the Oldsmobile Curved Dash didn’t seem particularly rugged. Olds Motor Works proved its runabout’s mettle with a number of elaborate stunts. Here the car is driven up a steep hill, over uneven ground. Far more extravagant was Roy D. Chapin’s 820-mile drive, from Detroit to New York, in an Oldsmobile in 1901.

(Photo credit: The Henry Ford, via History by Zim)