Jayne Mansfield celebrates New Year’s Eve with champagne! Although her career spanned only a little more than a decade, Mansfield certainly left her mark on Hollywood.

A sex symbol of the 1950s and early 1960s while under contract at 20th Century Fox, Jayne Mansfield was known for her well-publicized personal life and publicity stunts. During a period between 1956 and 1957, there were about 122,000 lines of copy and 2,500 photographs that appeared in newspapers. 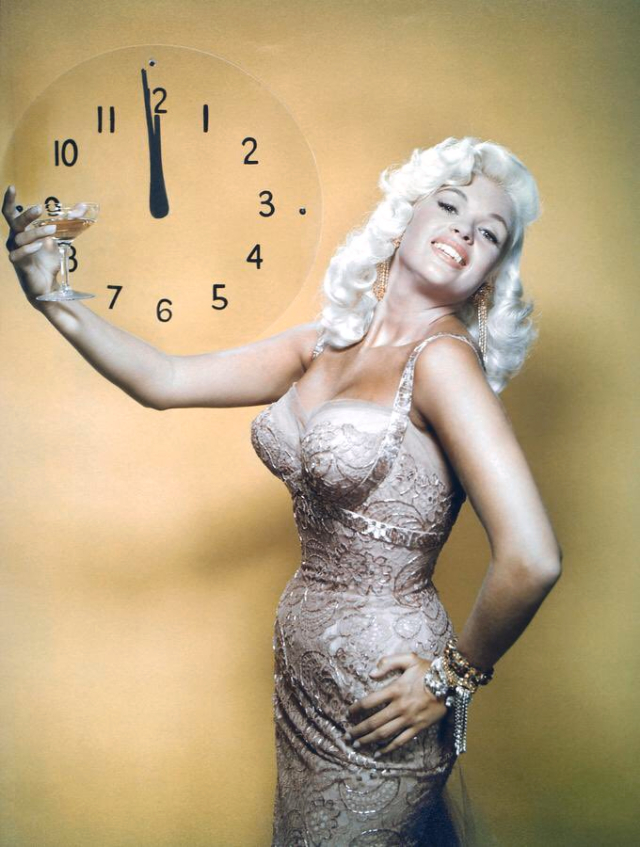 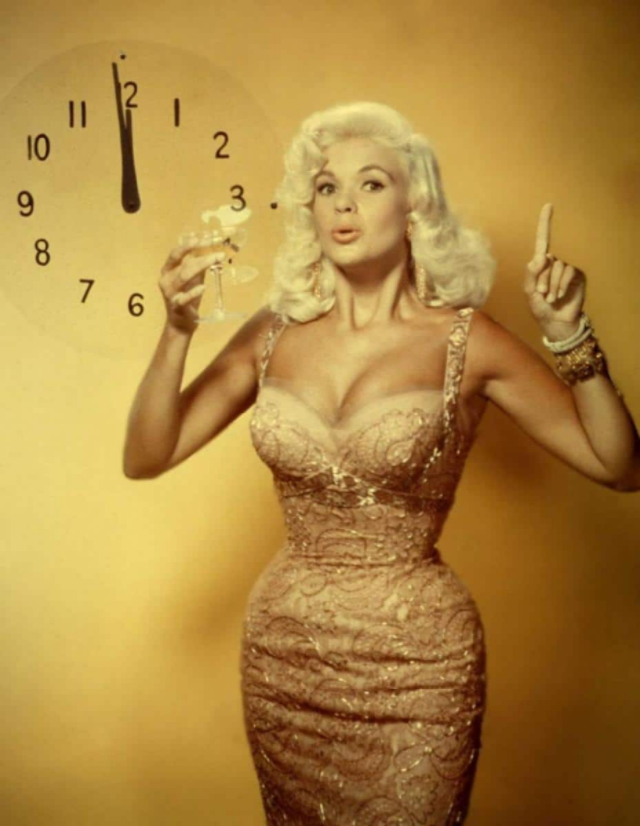 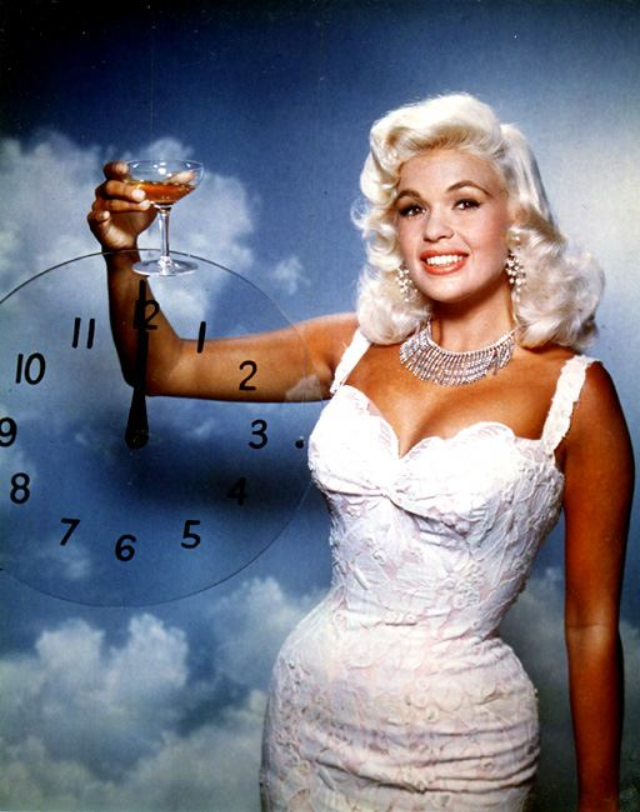 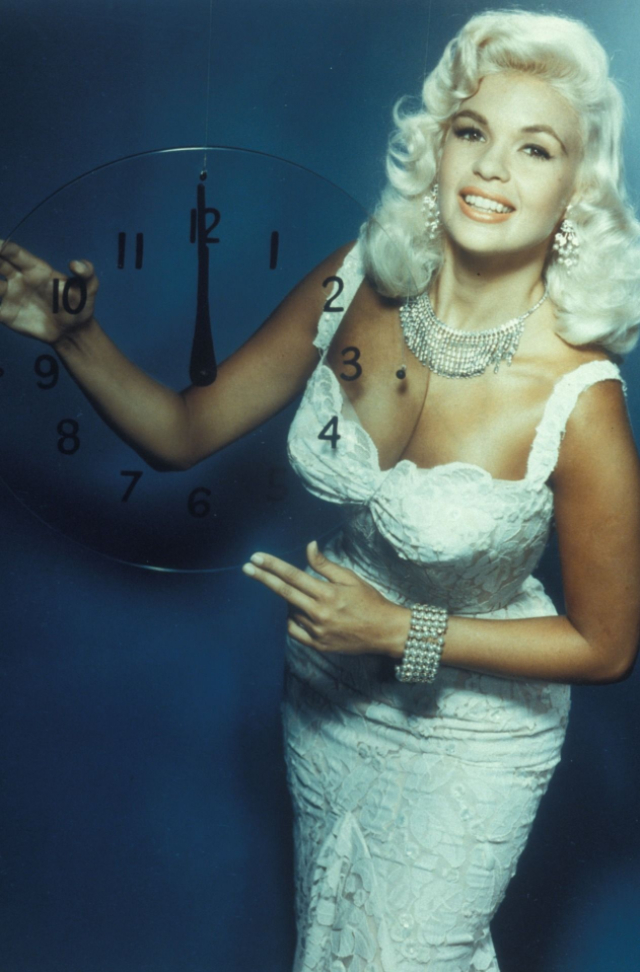