Lorena Bobbitt made headlines when she took her marital problems with her husband John Bobbitt to a whole new level. 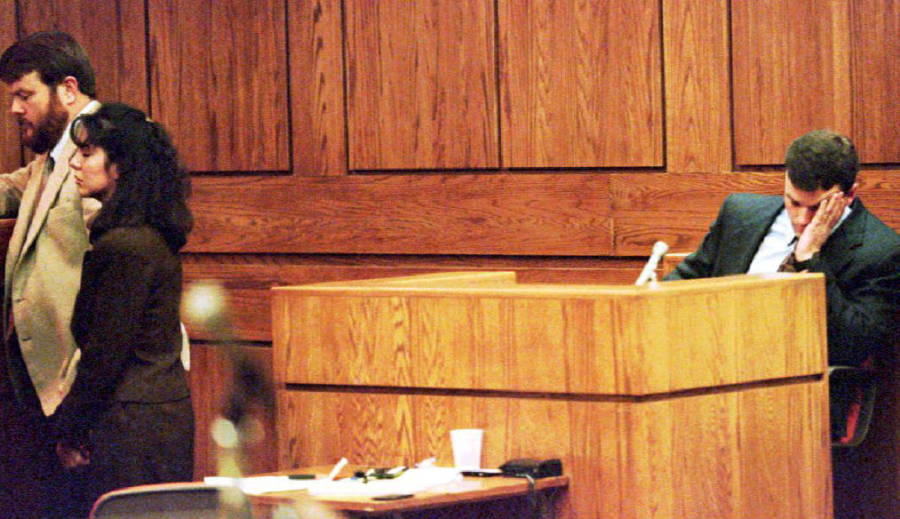 On the evening of June 23, 1993, John Wayne Bobbitt was sleeping peacefully in his bed. That is, until his wife, Lorena Bobbitt, entered their bedroom and cut off his penis with a knife.

While her husband was writhing in what we can only assume was considerable pain, Lorena drove off into the middle of nowhere, and threw her husband’s severed appendage into a field. Then, she apparently realized what she had done, and the severity of it all, and called the police.

The incident skyrocketed the couple to fame, as their trial made national headlines. As their dirty laundry was aired for the world, the public wondered: What could cause such a seemingly happy couple to such a dramatic crime?

When Lorena was arrested, she claimed that her husband’s selfishness in the bedroom had driven her to her crime.

“He always have orgasm and he doesn’t wait for me ever to have orgasm,” she told them. “He’s selfish.”

Lorena Bobbitt claimed that John had been physically and emotionally abusive toward her for years and that he had raped her the night of the attack. Her defense claimed that she had been suffering from post-traumatic stress disorder from the abuse and that the stress of her instability had forced her to react.

John Bobbitt denied the rape allegations, though his story repeatedly changed throughout his questioning. He first claimed that the couple had not had sex that evening, then changed his story and claimed that Lorena had attempted to initiate sex and that he had declined. He finally admitted that they had had sex, but that it was consensual.

Both prosecution and defense admitted to the abuse, though John Bobbitt would not admit that it had culminated in a rape. Eventually, after seven hours of deliberation, the jury found Lorena Bobbitt not guilty by reason of temporary insanity. She was sentenced to 45 days in a psychiatric hospital, during which she underwent extensive mental evaluation. 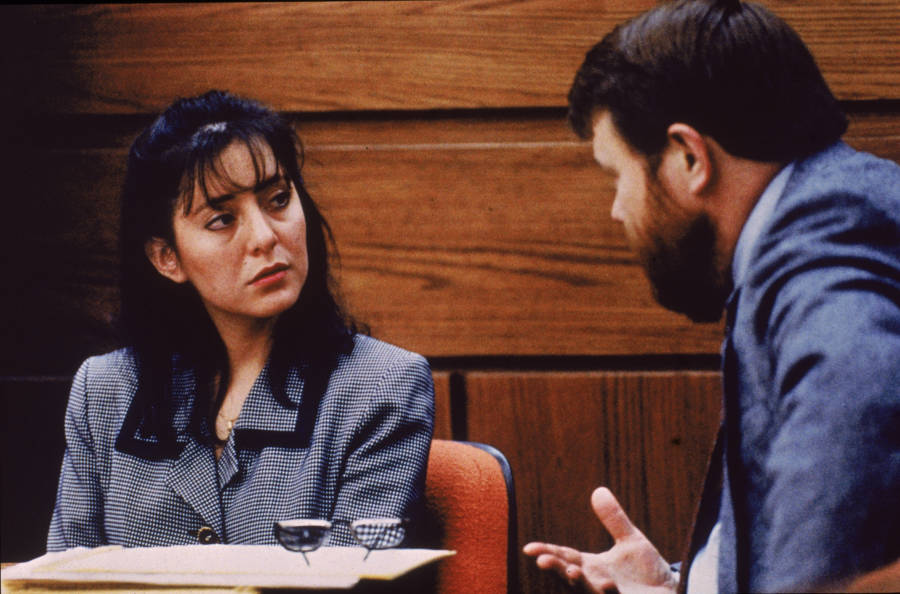 Jeffery Markowitz/Lorena Bobbitt during her testimony.

It wasn’t until 1995, two years after the incident, that the Bobbitt’s finally divorced.

As for John Bobbitt’s severed penis, an extensive and exhaustive search of the field into which Lorena Bobbitt threw it was conducted, resulting in the location of the appendage. After a successful nine-and-a-half hour surgery, the penis was reattached, and John was able to regain full use.

Excited about the successful surgery, John Bobbitt found every opportunity to show off his reattached appendage. After appearing on the Howard Stern show, he received the gift of a penis enlargement surgery from the shock jock himself. He then went on to appear in several adult films, most notably his second film titled Frankenpenis.

While John was milking his 15 seconds of fame for all they were worth, Lorena Bobbitt was keeping a low profile. After the divorce, she began using her maiden name and working at a beauty salon. Aside from a minor run-in with the law over an argument with her mother that turned violent, she mostly kept out of the spotlight. Eventually, she began a relationship with another man and gave birth to a daughter.

The John and Lorena Bobbitt case brought domestic abuse into the national spotlight, especially as feminist groups rallied around Lorena during the trial. However, the biggest takeaway from the case was the impact it had on society.

For a few years after the case made headlines, copycat crimes were reported across the country. The term “bobbittized” became the lingo for any crime involving penis removal and even became a part of medical terminology. In honor of the case, a worm that uses scissor-like jaws to kill its prey became known as the Bobbit Worm.

As for John and Lorena today, they apparently bear each other no ill will. Lorena holds no grudges and told Oprah that her only regret was marrying John in the first place. As for John, he too feels the same.

Enjoy this look at Lorena and John Wayne Bobbit? Next, read about the park that found itself with an unexplained giant wooden penis problem. Then, check out the candiru, the penis-eating fish of your nightmares.