Sexy stewardesses were exploited by airlines to sell more tickets. It’s Southwest that takes the commercial cake from the groovy 1970s. Playing by the old adage, “sex sells,” the airline produced one of the period’s most iconic marketing moments. Amenities and then cutting-edge cabin features were ignored completely in favor of the airline’s one true talking point of the era: hotpants. 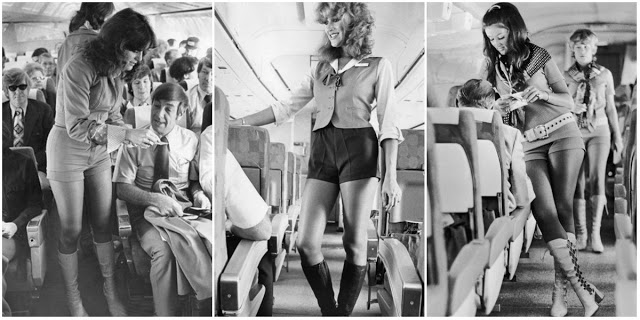 The stewardess field was competitive, with very few openings. Most airlines wanted applicants to have some college education, and interviewers screened out women who didn’t fit the corporate standards of beauty. There were compulsory finishing schools where the basic requirements of passenger safety and comfort were taught alongside classes on posture, cosmetics, and physical fitness. 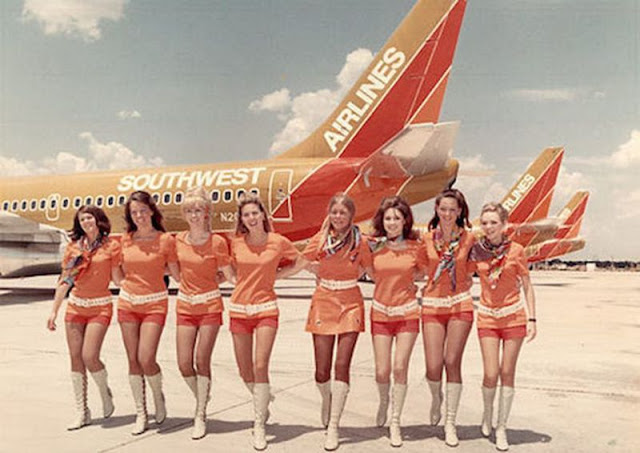 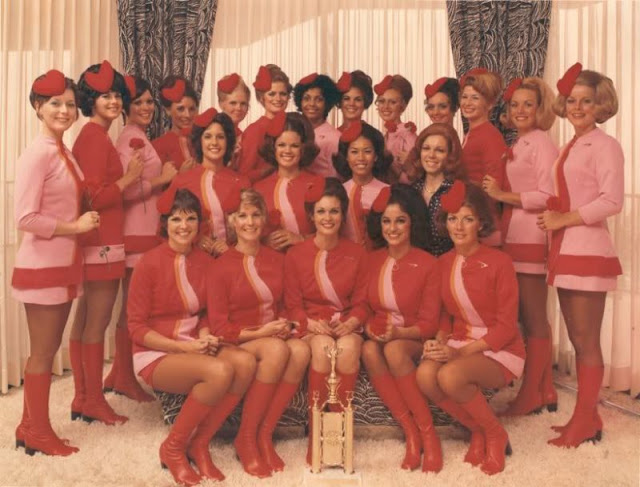 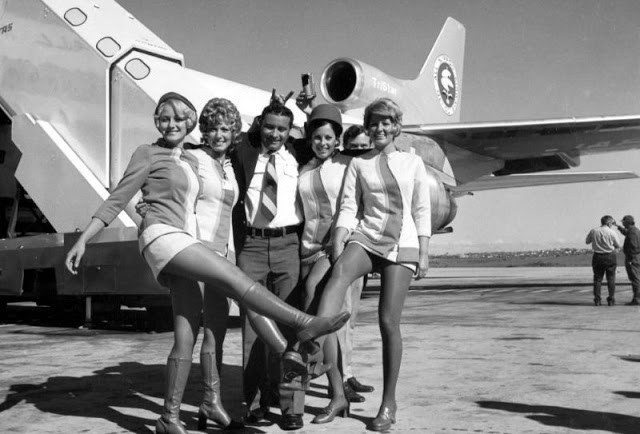 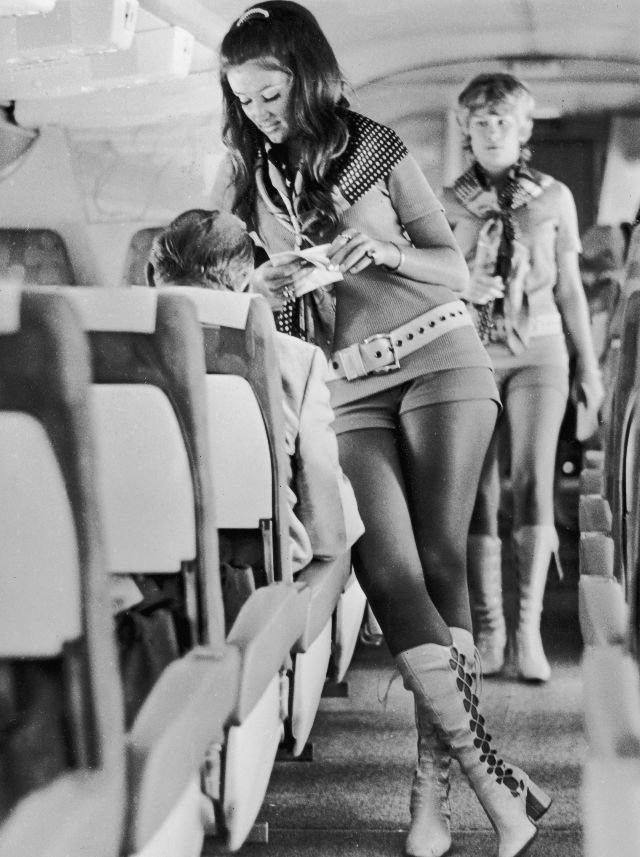 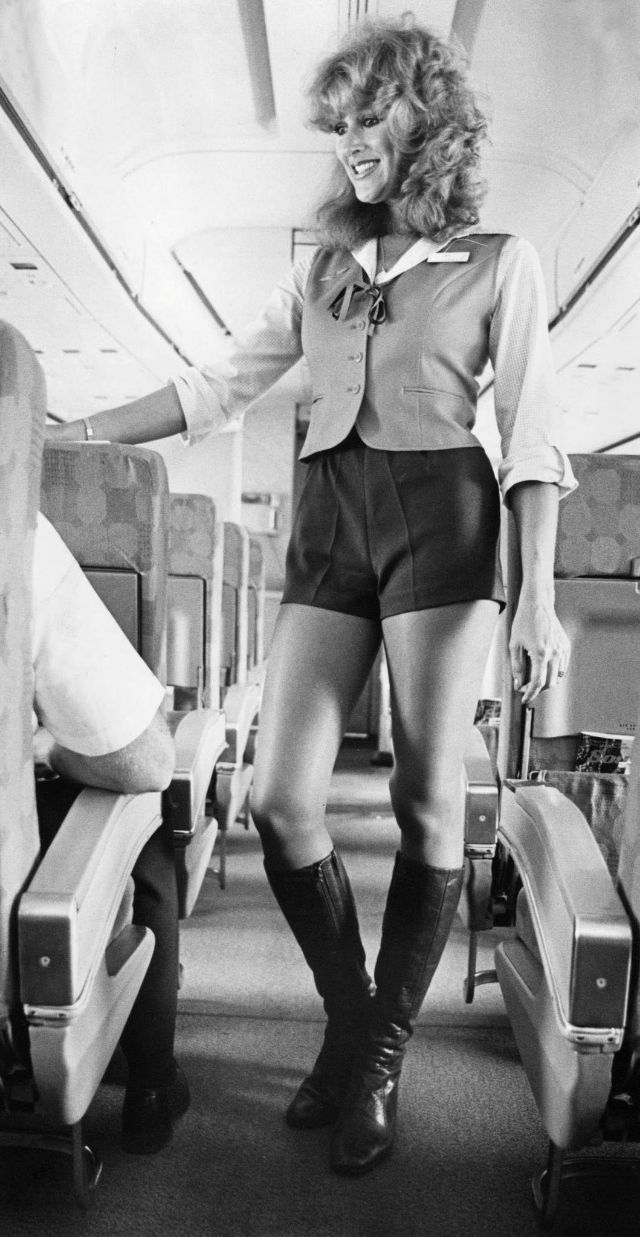