Waking up in Wolverhampton and traveling to London. Putting on a dress and hanging out with Björk. Soundchecks, interviews, meet and greets, guest spots with support bands and great, celebratory gigs… It’s all in a day’s work for Evan Dando. As the Lemonheads’ leader’s year of success, stress and crack confessions comes to an end we spend a day with the languid love-God, still cool as the pressures increase.

The photo was shot by Kevin Cummins on November 3, 1993 for the cover of the NME Christmas edition, and the idea was to shoot the major stars of the year.
“Evan Dando had been wearing a dress on and off for a year – so we thought it would be quite nice to do a shoot with him wearing a dress and Björk wearing a man’s suit,” said Kevin Cummins. 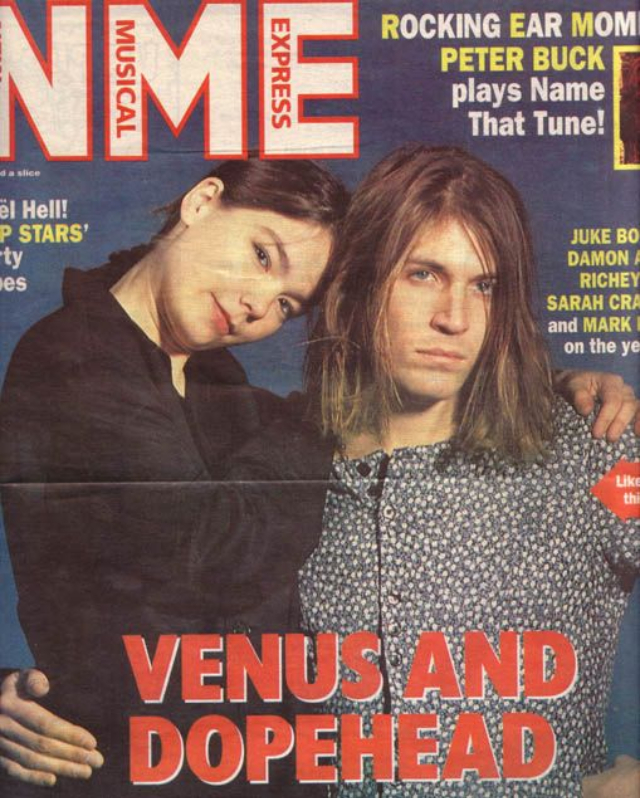 Evan was really excited to meet Björk, and in his typical style, he was flirting with her on set and offering her copies of his CDs. He even brought a guitar and tried to sing to her. She was blasé and not really bothered about the whole thing.
“Half way through she said to me, “Who is this man again ?” I have shot Björk many times, and she’s always in her own world, but still very focused. I thought it was just brilliant that she was prepared to do the cover shoot when she didn’t even know who Evan Dando was!”