A top hat is a tall, flat-crowned hat for men traditionally associated with formal wear in Western dress codes, meaning white tie, morning dress, or frock coat. The top hat is also known as a beaver hat or silk hat, in reference to its material, as well as casually as chimney pot hat or stove pipe hat. 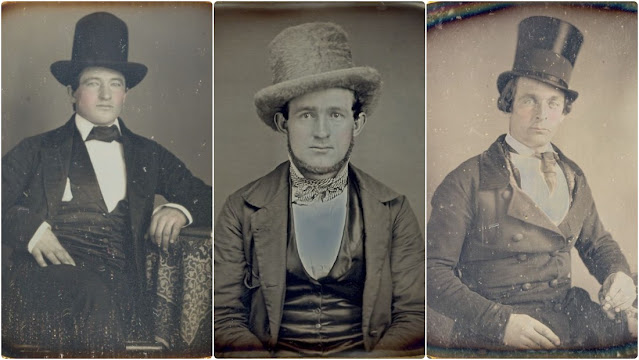 The 1840s and the 1850s saw it reach its most extreme form, with ever-higher crowns and narrow brims. The stovepipe hat was a variety with mostly straight sides, while one with slightly convex sides was called the “chimney pot”.
Towards the end of the 19th century, whereas the white tie with black dress coat remained fixed, frock coats were gradually replaced by morning dress, along with top hats.
Here below is a set of vintage photos that shows portraits of Victorian men with their top hats from the mid-19th century. 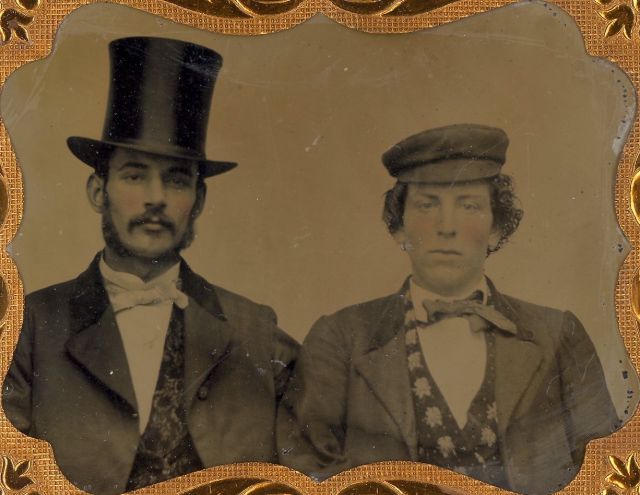 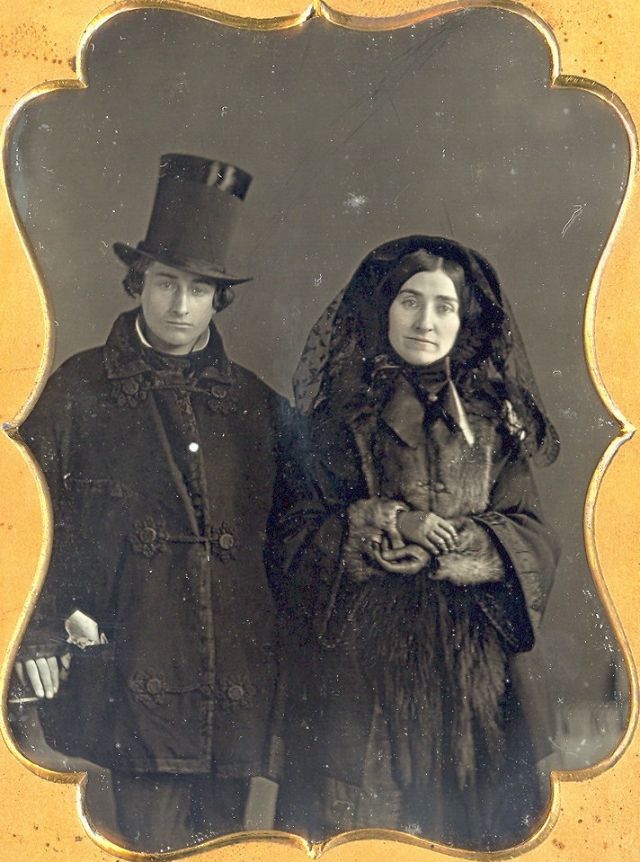 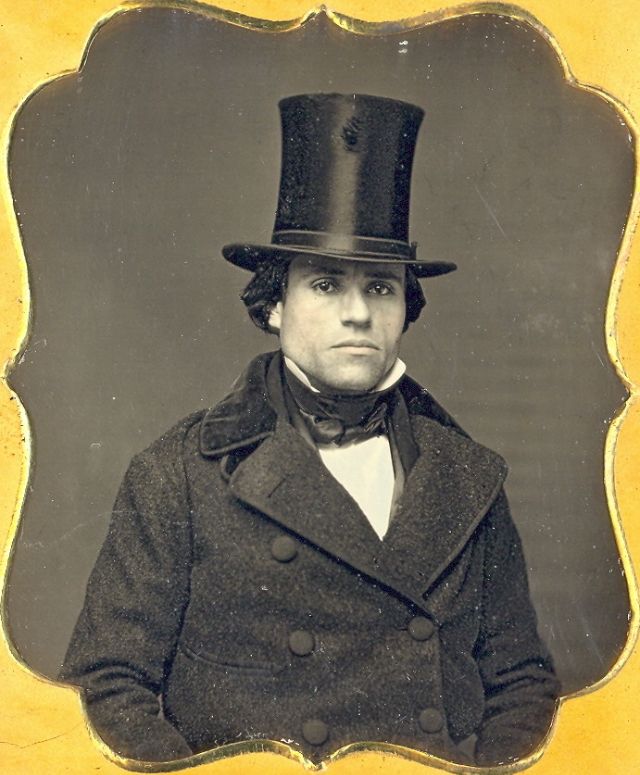 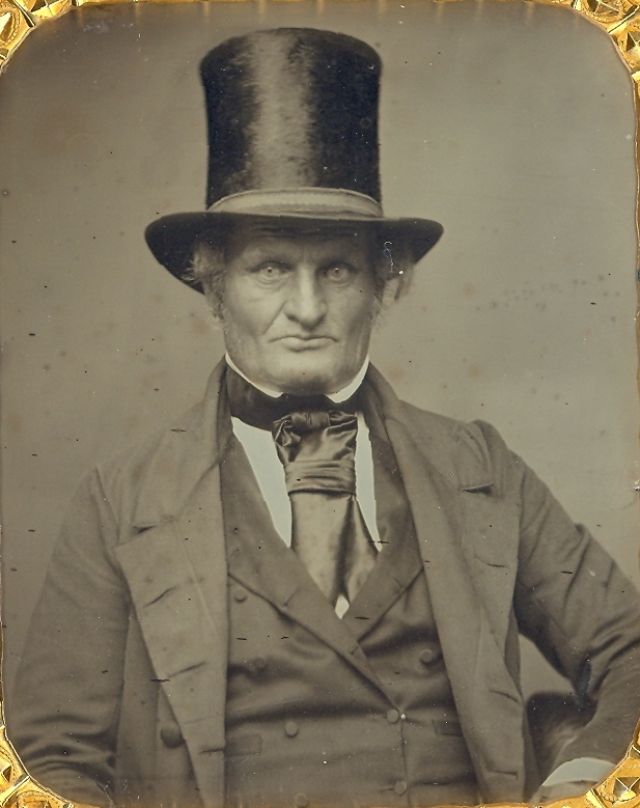 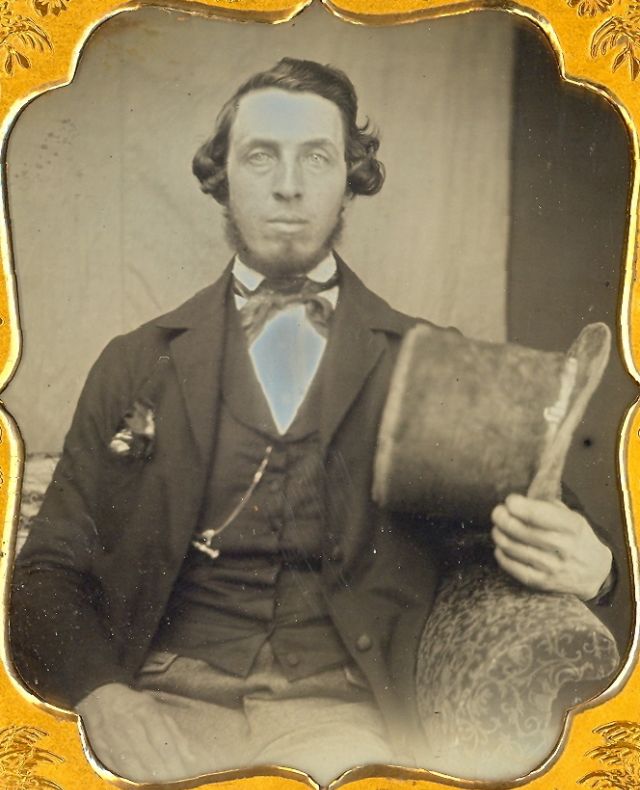