A station wagon is a car body style which has a two-box design, a large cargo area and a rear tailgate that is hinged to open for access to the cargo area. The body style is similar to a hatchback car, but station wagons are longer and are more likely to have the roof-line extended to the rear of the vehicle body (resulting in a vertical rear surface to the car) to provide ample space for luggage and small cargo.

The first station wagons, produced in the United States around 1910, were wood-bodied conversions of an existing passenger car. During the 1930s, car manufacturers in the United States, United Kingdom, and France began to produce similarly-styled models, and by the 1950s the wood rear bodywork had been replaced by an all-steel body. Station wagon and estate models sold well from the 1950s to the 1970s, since when sales have declined somewhat as minivans and SUVs have increased in popularity.

These vintage color photos that captured children on the rear of station wagons in the past. 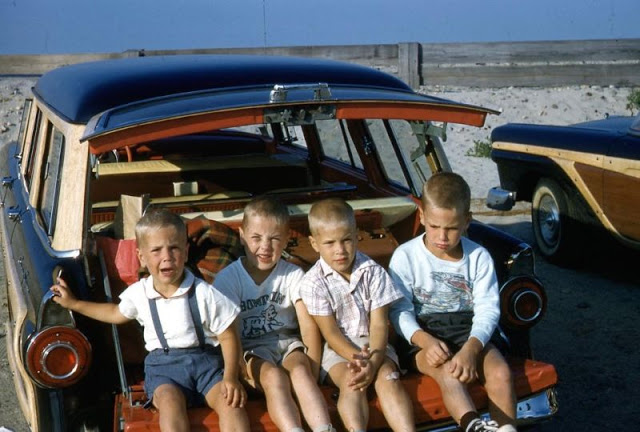 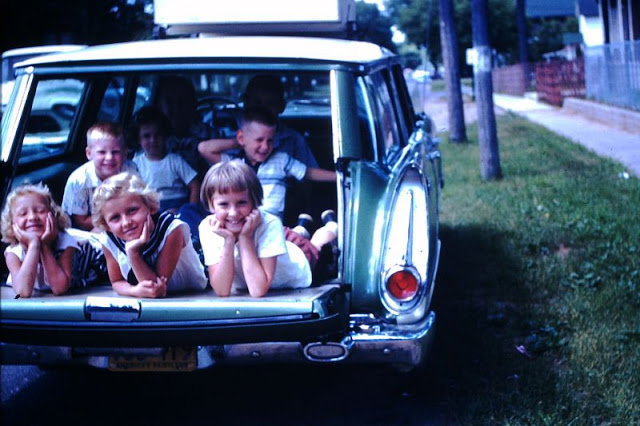 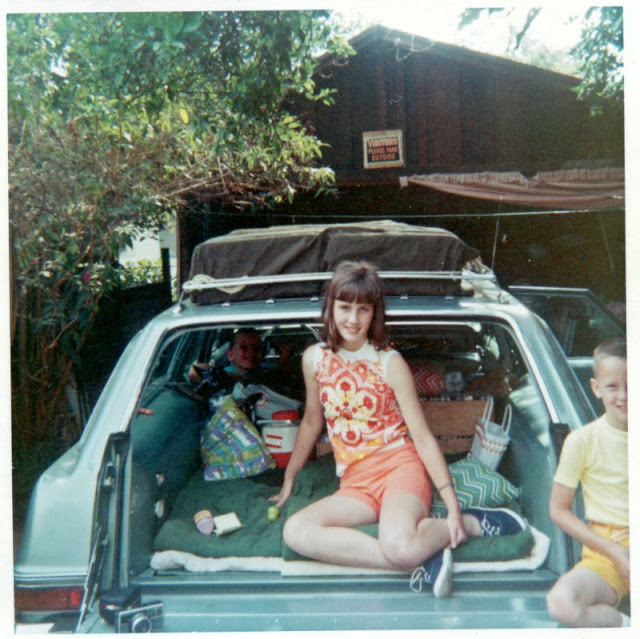 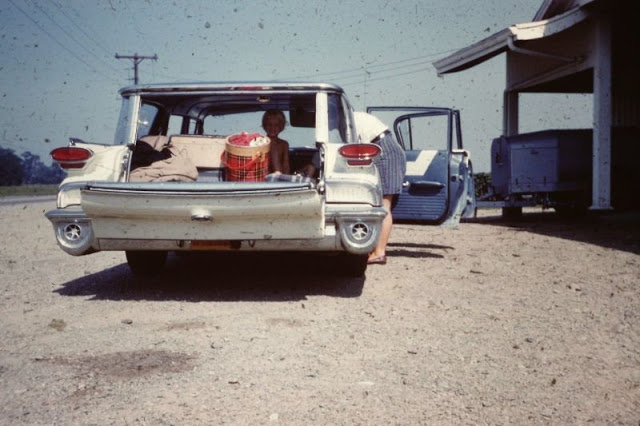 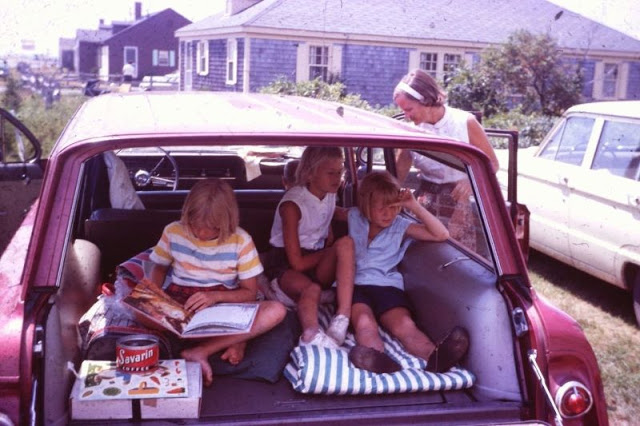