The toaster was probably first invented and put on the market by the company General Electrics in 1908, although the brand Hotpoint claims they had toasters already back in 1905.

The “pop up” toaster was patented in 1919. During the 1920s many new types and brands were launched. Americans bought more than a million electric toasters, usually for use right on the breakfast table in the 1920s.

Early electric toasters browned only one side at a time and required users to watch, flip, and then remove each slice. The automatic toaster debuted in 1926; it toasted both sides and popped up the finished slice. Below are some of the most popular toaster designs from the Roaring Twenties. 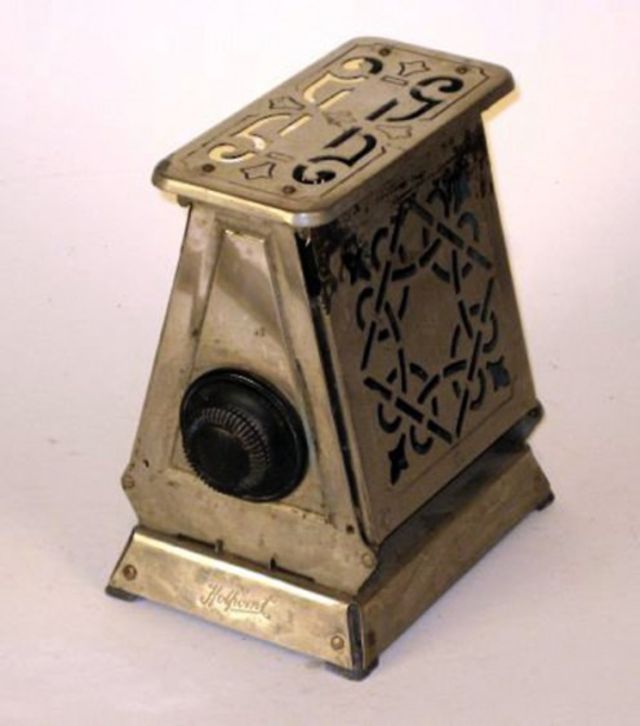 The turnover or turner toaster featured a spring-loaded door on either side that hinged down. Each door held a slice of bread. When one side of the bread was toasted, the operator opened each door to let the partially toasted bread drop down, giving the non-toasted side access to the heating element when the door was shut again. This toaster design was typically placed right on the breakfast due to its manual operation. The diligent person in charge of toast was responsible for making sure the toast was turned before it burned! The turner was popular from the mid 1920s until the early ’30s. 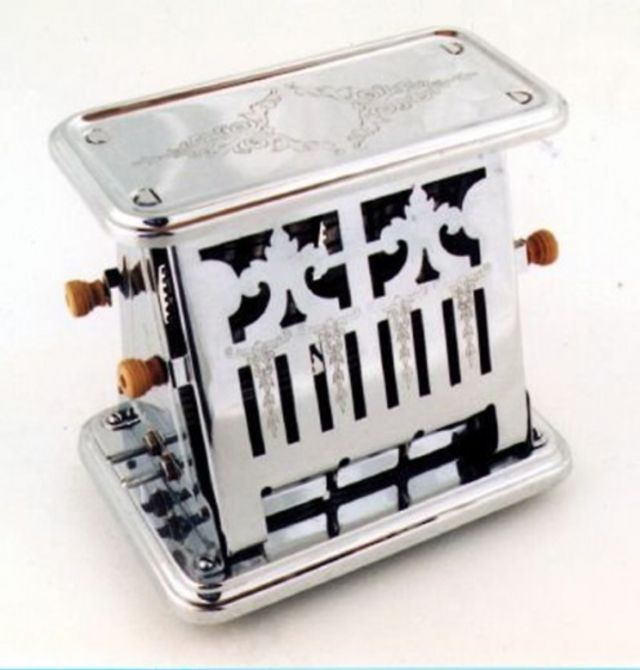 Well, you can just imagine the mad frenzy of companies trying to win the hearts of America’s homemakers with their new electric toasting machines. Each one attempting to create a slightly new design that did something the others could not (without infringing on the others’ patents, of course!) From this crazed period of innovation came designs and mechanisms like the Flopper. The Flopper featured metal doors with a lovely cutout design that also hinged on the bottom. The doors formed an “A” when closed. In this design, when the toast was done, the operator opened the side doors and the toast “flopped” out. 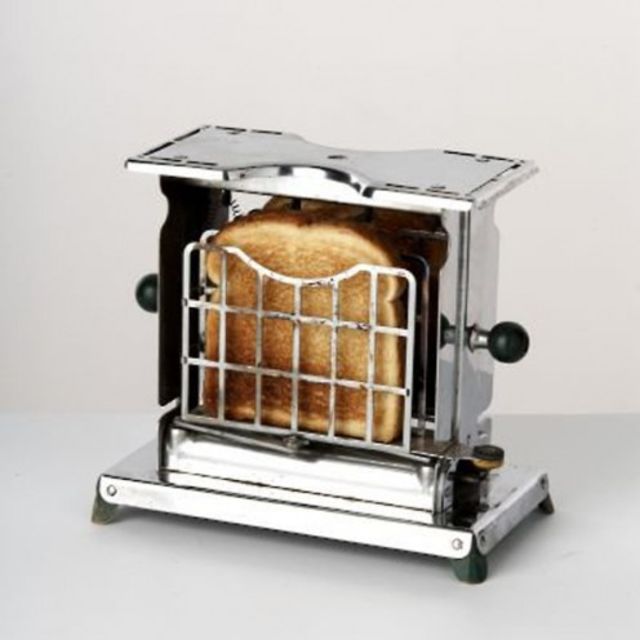 The Swinger spiced up the toasting world and gave the Turnover and Flopper toasters a run for their money. Swingers featured a swinging basket with a two-sided metal wire enclosure that held the bread slices. The bread was “flipped” to the other side with a turn of a knob and the toast was “branded” with a distinctive pattern, making it more attractive for the breakfast table. The first four-slice toaster was a swinger. It was so expensive that the manufacturers offered convenient payment plans so the clamoring masses could afford to have one in their homes. 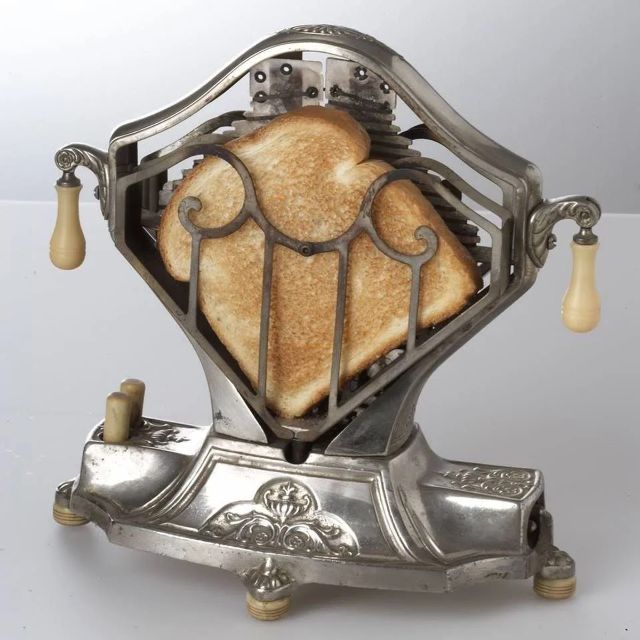 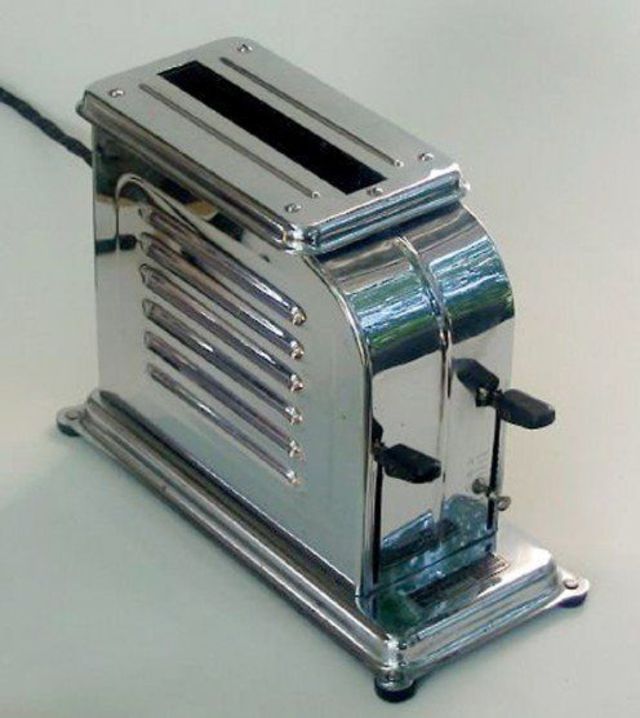 Toastmaster debuted the pop-up toaster to American consumers in 1926. The manufacturer used a clock mechanism as a timer for the toast. The key difference in this toaster was the fact that the user did not have to manually turn the toast. It was marketed to make perfect toast every time. Prior to 1926, pop-up or automatic toasters were originally marketed and sold to restaurants. They were a luxury for most families; so most manufacturers continued selling manual toasters for home into the 1950s. The Toastmaster company designed this toaster with heating elements situated on both sides of each slice. Another feature allowed the user to change the level of darkness by sliding a lever on the side of the toaster which adjusted the timer. The modern, streamlined case was truly a sight to behold.