Popularly known as the Capuchin Crypt, the ossuary displays the bones of over 3,700 Capuchin friars, who died between 1528 and 1870. It is ornately decorated with skulls and bones displayed in the Baroque and Rococo styles, with a skeleton dressed as ‘Death’ standing in a niche.

The Capuchin Crypt is a small space comprising several tiny chapels located beneath the church of Santa Maria della Concezione dei Cappuccini on the Via Veneto near Piazza Barberini in Rome, Italy. It contains the skeletal remains of 3,700 bodies believed to be Capuchin friars buried by their order. The Catholic order insists that the display is not meant to be macabre, but a silent reminder of the swift passage of life on Earth and our own mortality. The crypts opened to the public in 1851, but it wasn’t until the following year that women were also allowed in.

“This must be a revolting sight,” said I to my friend; “and what appears to me yet more disgusting is that these remains of the dead are only exposed in this manner for the sake of levying a tax on the imbecility of the living.” — J. D. de Chatelain, 1851

When the monks arrived at the church in 1631, moving from the old monastery, they brought 300 cartloads of deceased friars. Fr. Michael of Bergamo oversaw the arrangement of the bones in the burial crypt. The soil in the crypt was brought from Jerusalem, by order of Pope Urban VIII. As monks died during the lifetime of the crypt, the longest-buried monk was exhumed to make room for the newly deceased who was buried without a coffin, and the newly reclaimed bones were added to the decorative motifs. Bodies typically spent 30 years decomposing in the soil, before being exhumed. 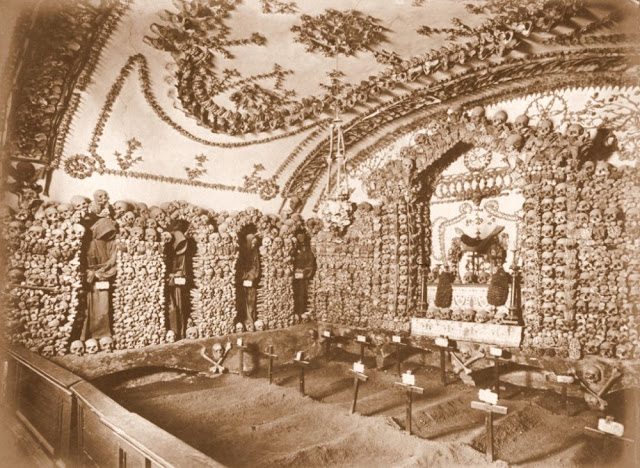 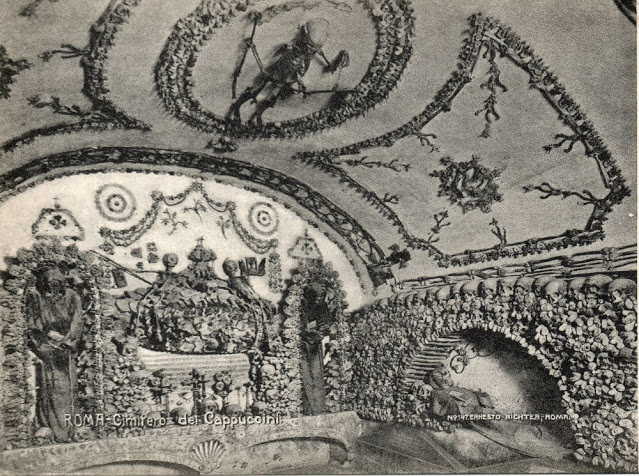 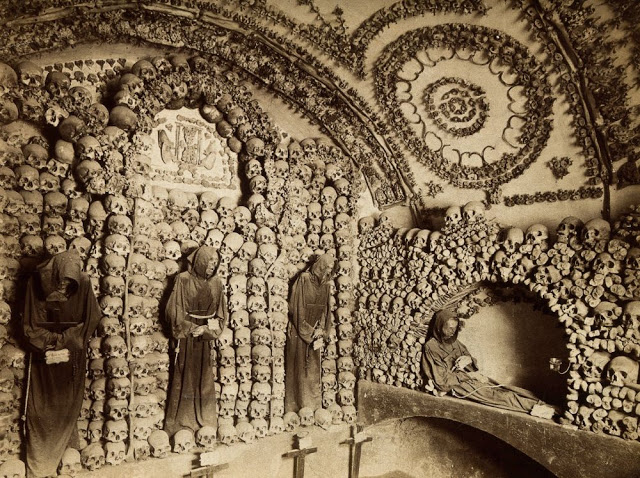 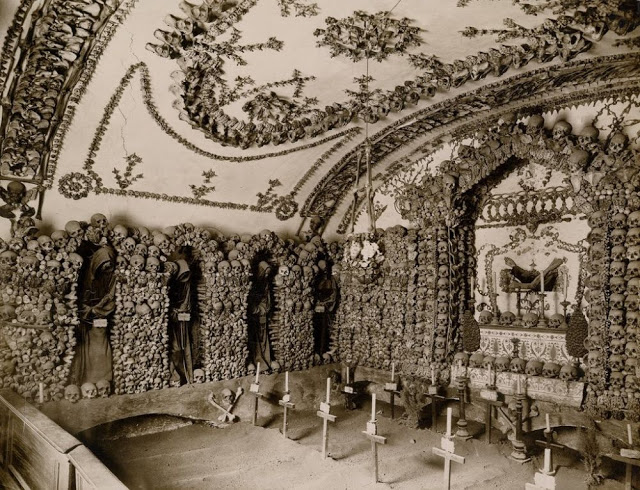 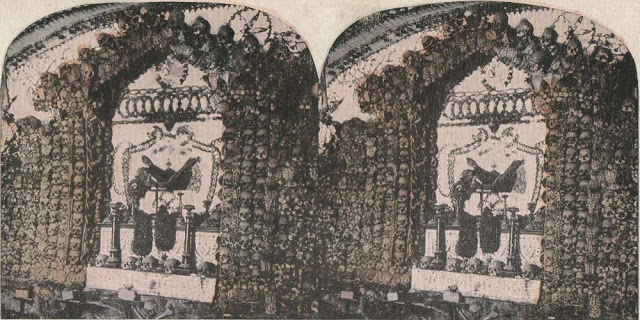