Arnold Schwarzenegger has lived a long life in just 72 years. An immigrant who grew up poor, he came to the United States to achieve his goals and succeed. As a bodybuilder, he took a quirky culture and helped turn it into an internationally recognized sport.

As an Austrian who could hardly speak English, Schwarzenegger somehow rose to fame in Hollywood, landing blockbuster roles and making millions. And once he conquered the silver screen, he became a politician who sought to apply his own life lessons to the public sphere. 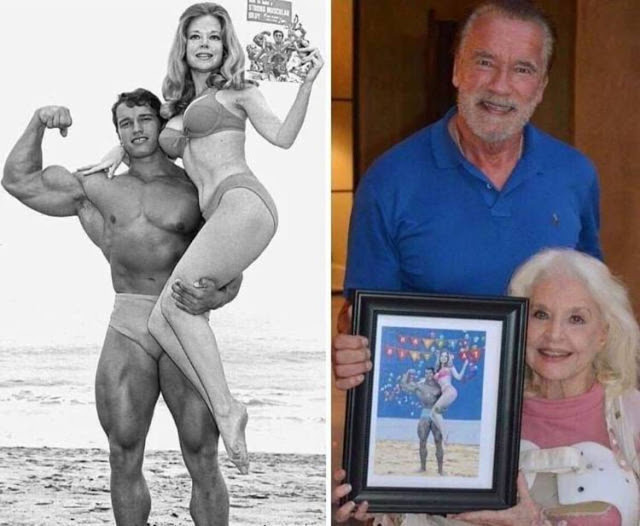 Betty Weider is one of the leading pioneers in the field of women’s health and fitness. Her foresight and unwavering dedication to bringing the truth about diet, fitness and nutrition to women has resulted in popularizing the health and fitness lifestyle that is considered the norm today.

During the 1950s, she was a popular commercial model and pin-up girl. After marrying entrepreneur Joe Weider in 1961, she began a lengthy career as a spokesperson and trainer in the health and bodybuilding movements. She has been a longtime magazine columnist and co-authored several books on fitness and physical exercise.

In 1972, Joe Weider and his brother Ben found themselves a target of an investigation led by U.S. Postal Inspectors. The investigation involved the claims regarding their nutritional supplement Weider Formula No. 7. The product was a weight-gainer that featured a young Arnold Schwarzenegger on the label. The actual claim centered on consumers being able to “gain a pound per day” in mass. Following an appeal wherein Schwarzenegger testified, Weider was forced to alter his marketing and claims. Also in 1972, Weider encountered legal problems for claims made in his booklet Be a Destructive Self-Defense Fighter in Just 12 Short Lessons. 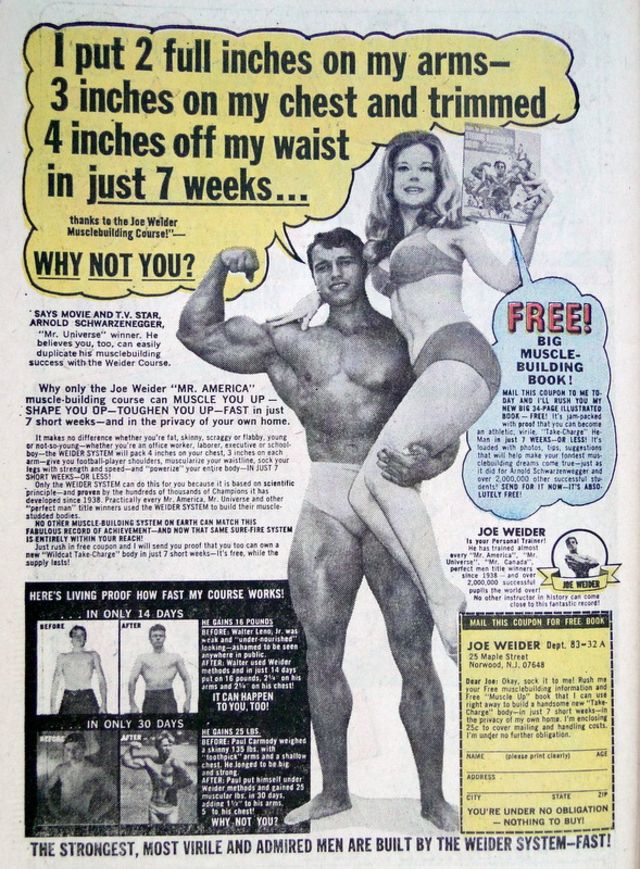 Weider was ordered to offer a refund to 100,000 customers of a “five-minute body shaper” that was claimed to offer significant weight loss after just minutes a day of use. The claims, along with misleading “before and after” photographs, were deemed false advertising by a Superior Court Judge in 1976.