On the morning of January 15, 1947, local resident Betty Bersinger taking her child for a walk in a Los Angeles neighborhood stumbled upon a gruesome sight: the body of a young naked woman sliced clean in half at the waist. 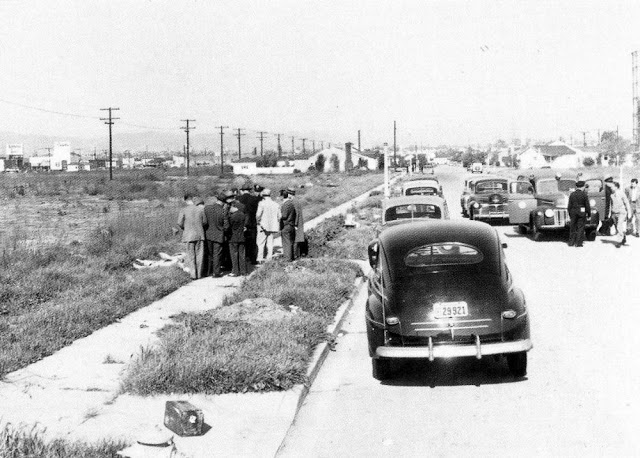 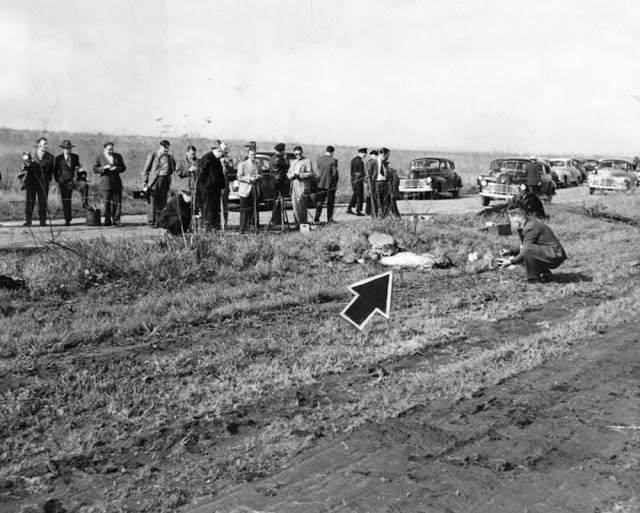 The body was just a few feet from the sidewalk and posed in such a way that the mother reportedly thought it was a mannequin at first glance. Despite the extensive mutilation and cuts on the body, there wasn’t a drop of blood at the scene, indicating that the young woman had been killed elsewhere.

The ensuing investigation was led by the L.A. Police Department. The FBI was asked to help, and it quickly identified the body—just 56 minutes, in fact, after getting blurred fingerprints via “Soundphoto” (a primitive fax machine used by news services) from Los Angeles.

The young woman turned out to be a 22-year-old Hollywood hopeful named Elizabeth Short—later dubbed the “Black Dahlia” by the press for her rumored penchant for sheer black clothes and for the Blue Dahlia movie out at that time.

Short’s prints actually appeared twice in the FBI’s massive collection (more than 100 million were on file at the time)—first, because she had applied for a job as a clerk at the commissary of the Army’s Camp Cooke in California in January 1943; second, because she had been arrested by the Santa Barbara police for underage drinking seven months later. The Bureau also had her “mug shot” in its files and provided it to the press.

In support of L.A. police, the FBI ran records checks on potential suspects and conducted interviews across the nation. Based on early suspicions that the murderer may have had skills in dissection because the body was so cleanly cut, agents were also asked to check out a group of students at the University of Southern California Medical School. And, in a tantalizing potential break in the case, the Bureau searched for a match to fingerprints found on an anonymous letter that may have been sent to authorities by the killer, but the prints weren’t in FBI files.

Who killed the Black Dahlia and why? It’s a mystery. The murderer has never been found, and given how much time has passed, probably never will be.

Elizabeth Short was born on July 29, 1924 in the Hyde Park section of Boston, Massachusetts, the third of five daughters of Cleo and Phoebe May Short. Around 1927, the Short family relocated to Portland, Maine, before settling in Medford, Massachusetts the same year. This is where Short was raised and spent most of her life. Short’s father built miniature golf courses until the 1929 stock market crash, when he lost most of his savings and the family became broke.

In 1930, her father’s car was found abandoned on the Charlestown Bridge, and it was assumed that he had committed suicide by jumping into the Charles River. Believing her husband to be deceased, Short’s mother moved with her five daughters into a small apartment in Medford and worked as a bookkeeper to support them.

Troubled by bronchitis and severe asthma attacks, Short underwent lung surgery at age 15, after which doctors suggested she relocate to a milder climate during the winter months to prevent further respiratory problems. Short’s mother then sent her to spend winters in Miami, Florida with family friends. During the next three years, Short lived in Florida during the winter months and spent the rest of the year in Medford with her mother and sisters. In her sophomore year, Short dropped out of Medford High School.

In late 1942, Short’s mother received a letter of apology from her presumed-deceased husband, which revealed that he was in fact alive and had started a new life in California. In December, at age 18, Short relocated to Vallejo to live with her father, whom she had not seen since she was six years old. At the time, he was working at the nearby Mare Island Naval Shipyard on San Francisco Bay. Arguments between Short and her father led to her moving out in January 1943. Shortly after, she took a job at the Base Exchange at Camp Cooke (now Vandenberg Air Force Base), near Lompoc, living with several friends, and briefly with an Army Air Force sergeant who reportedly abused her. Short left Lompoc in mid-1943 and moved to Santa Barbara, where she was arrested on September 23, 1943 for underage drinking at a local bar. The juvenile authorities sent her back to Medford, but she returned instead to Florida, making only occasional visits to Massachusetts.

While in Florida, Short met Major Matthew Michael Gordon, Jr., a decorated Army Air Force officer at the 2nd Air Commando Group. He was training for deployment to the China Burma India Theater of Operations of World War II. Short told friends that Gordon had written to propose marriage while he was recovering from injuries from a plane crash in India. She accepted his offer, but Gordon died in a second crash on August 10, 1945, less than a week before the Surrender of Japan ended the war.

She relocated to Los Angeles in July 1946 to visit Army Air Force Lieutenant Joseph Gordon Fickling, whom she had known from Florida. Fickling was stationed at the Naval Reserve Air Base in Long Beach. Short spent the last six months of her life in Southern California, mostly in the Los Angeles area; shortly before her death, she had been working as a waitress, and rented a room behind the Florentine Gardens nightclub on Hollywood Boulevard. Short has been variously described and depicted as an aspiring or “would-be” actress.] According to some sources, she did in fact have aspirations to be a film star, though she had no known acting jobs or credits.

On January 9, 1947, Short returned to her home in Los Angeles after a brief trip to San Diego with Robert “Red” Manley, a 25-year-old married salesman she had been dating. Manley stated that he dropped Short off at the Biltmore Hotel located at 506 South Grand Avenue in downtown Los Angeles, and that Short was to meet her sister, who was visiting from Boston, that afternoon. By some accounts, staff of the Biltmore recalled having seen Short using the lobby telephone. Shortly after, she was allegedly seen by patrons of the Crown Grill Cocktail Lounge at 754 South Olive Street, approximately one-half mile (0.80 km) away from the Biltmore Hotel.

Short’s unsolved murder and the details surrounding it have had a lasting cultural intrigue, generating various theories and public speculation. Her life and death have been the basis of numerous books and films, and her murder is frequently cited as one of the most famous unsolved murders in American history, as well as one of the oldest unsolved cases in Los Angeles County. It has likewise been credited by historians as one of the first major crimes in post-World War II America to capture national attention. 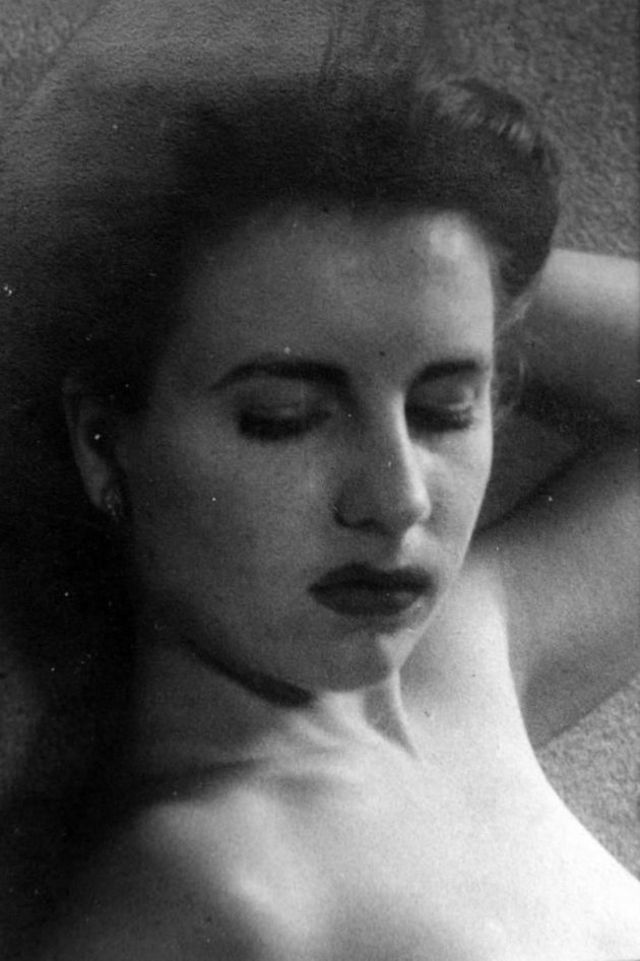 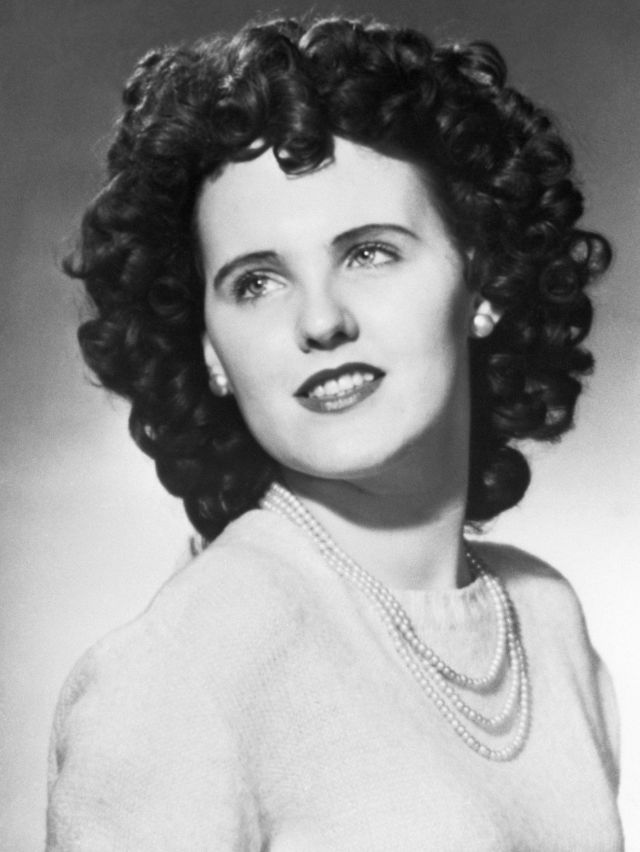 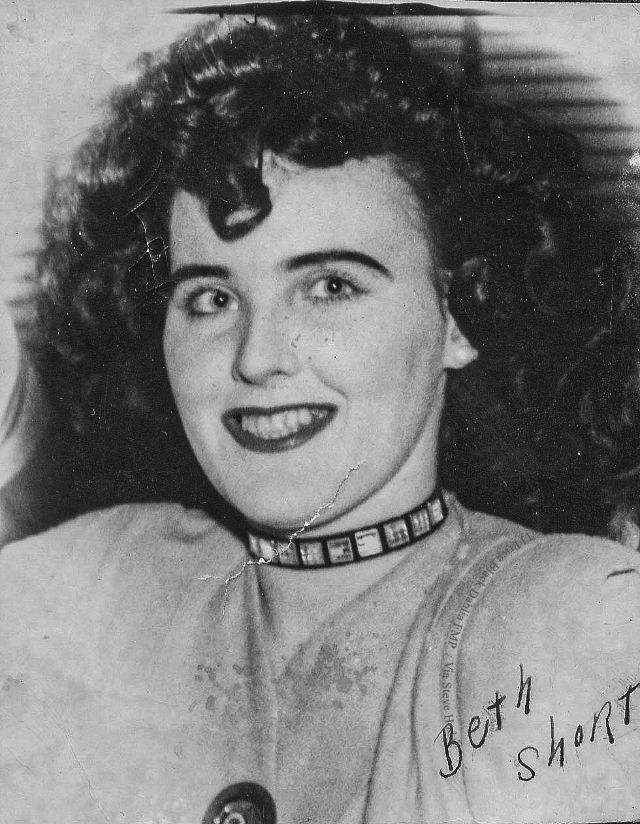 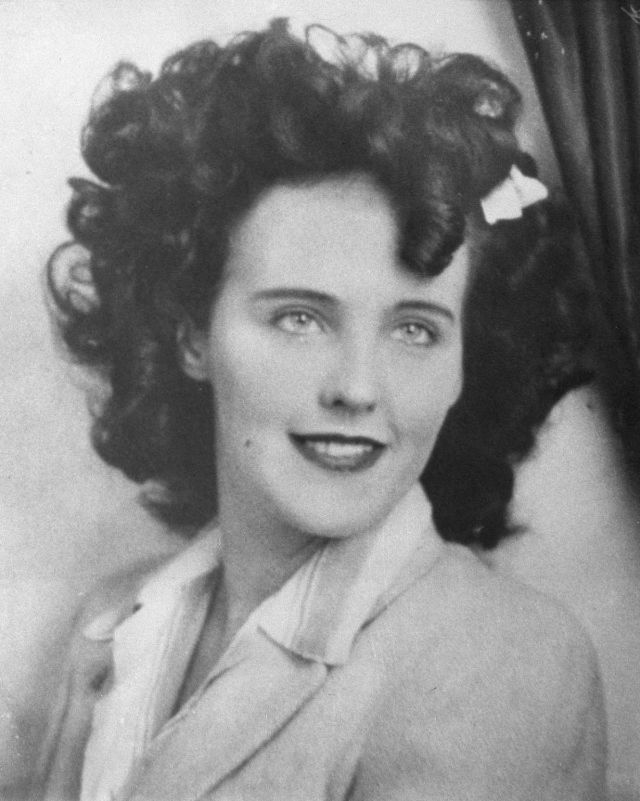 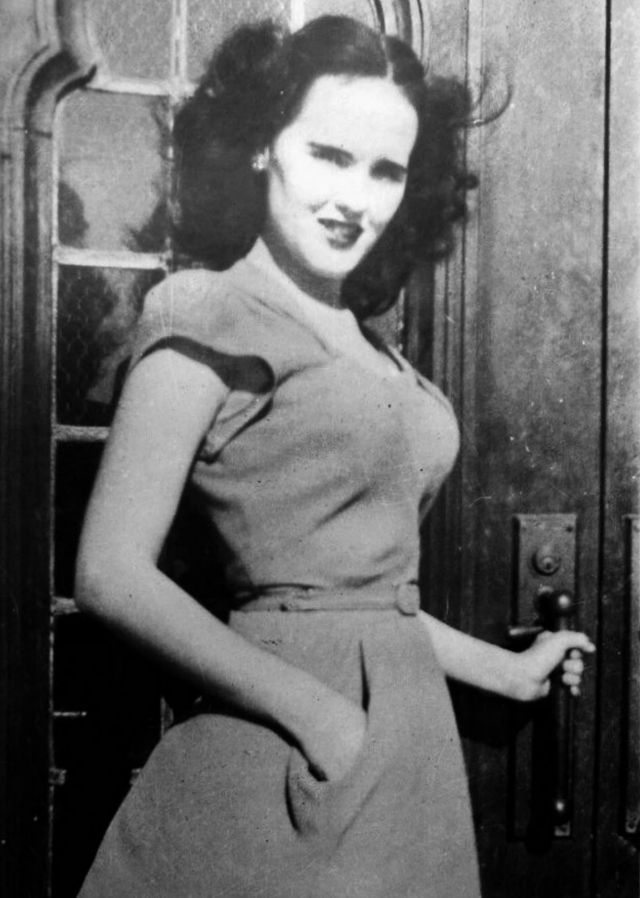