“I saw that the camera could be a weapon against… all sorts of social wrongs. I knew at that point I had to have a camera.” – Gordon Parks.

It could be said that Gordon Parks took fashion as seriously as he took documentary and photojournalism, which were undoubtedly Parks’ greatest achievements over the course of his memorable career. To the renowned photographer, the two focuses, from fashion to poverty, acted as different ways of bearing witness. “I had been given assignments I had never expected to earn,” Parks said. “Some proved to be as different as silk and iron. Once, crime and fashion was served to me on the same day. The color of a Dior gown I photographed one afternoon turned out to be the same color as the blood of a murdered gang member I had photographed earlier that morning up in Harlem.” In fact, it was Parks’ readiness to work constantly on fashion shoots that ultimately opened doors to other possibilities. 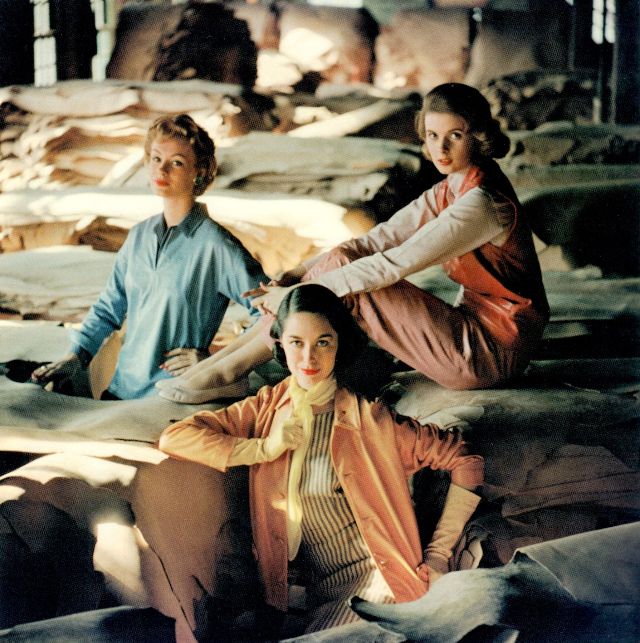 There was certainly no doubt that Parks had very impeccable eyes for the “look.” Many ideas of idealized beauty, glamorous vanity and desired lifestyle were all wonderfully conveyed in his photographs by Parks’ style of narration: from using real settings as backdrops to catching the fashionably dressed models during mid-action with their dramatic yet elegant poses. From a young man with confidence looking for work at Frank Murphy’s Women’s Clothing Store in St. Paul, Parks would later become a photographer for LIFE and Vogue, a co-founder of Essence magazine, a film director and eventually, be regarded as one of the most influential artists of the 20th century.