It’s 26 years have passed since Selena tragically passed away, the stunning Tejano singer remains a constant inspiration to women of varying ages, races, and ethnicities who are enamored not only with her infectious and chart-topping songs (Selena’s 1994 album, Amor Prohibido, remains the best-selling Tejano album of all time), but her showstopping ’90s style. 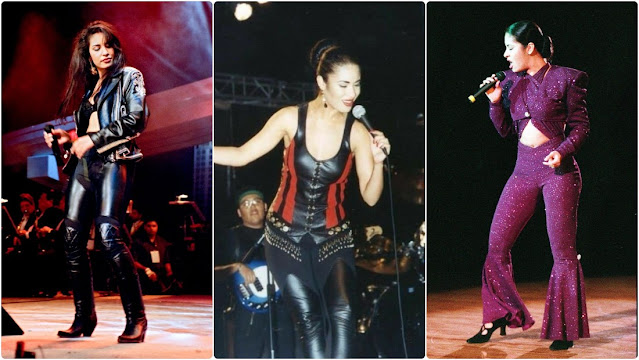 Dubbed the “Mexican Madonna” (despite being a native of Corpus Christi, Texas), Selena’s onstage costumes were a scintillating collision of Spanish inflections and modern trends. Bedazzled bralettes and crop tops became the “Bidi Bidi Bom Bom” singer’s calling card, the barely there style shimmering underneath bolero jackets. She cinched in high-waisted, curve-hugging black denim with brassy Western belt buckles, while slipping shrunken leather vests over flouncy poet blouses—a look that wouldn’t be out of place on Rodarte’s Fall runway.
Spinning about in embellished bell-bottoms, two-stepping in silver boots, and belting out her chart-topping tunes with that signature red pout, Selena dazzled her adoring audience at every turn—and she designed all her costumes herself.
Take a look at these stunning photos to see what styles of Selena looked like on stage in the early 1990s. 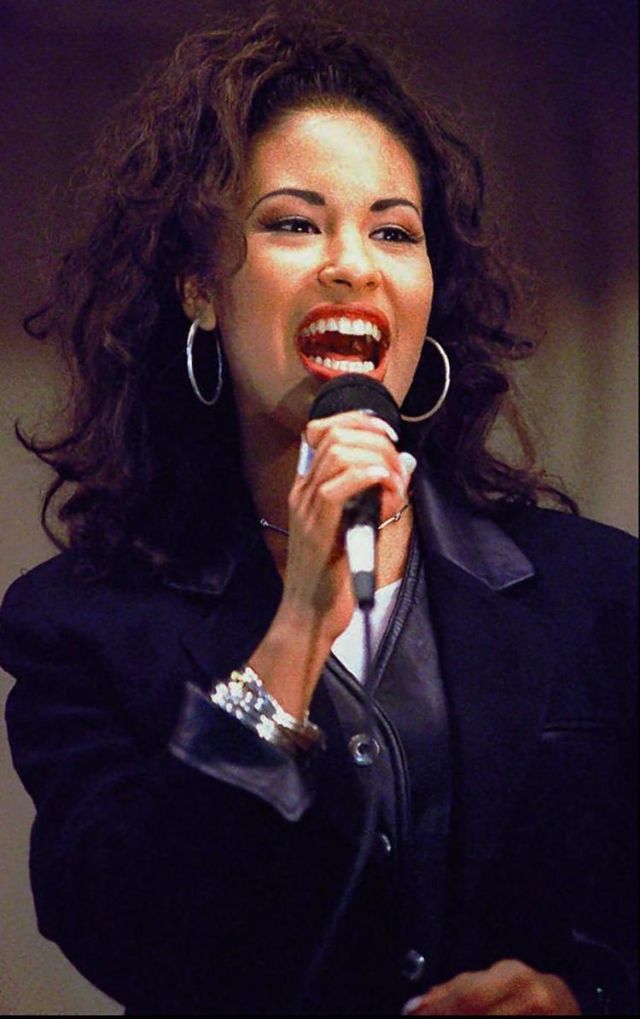 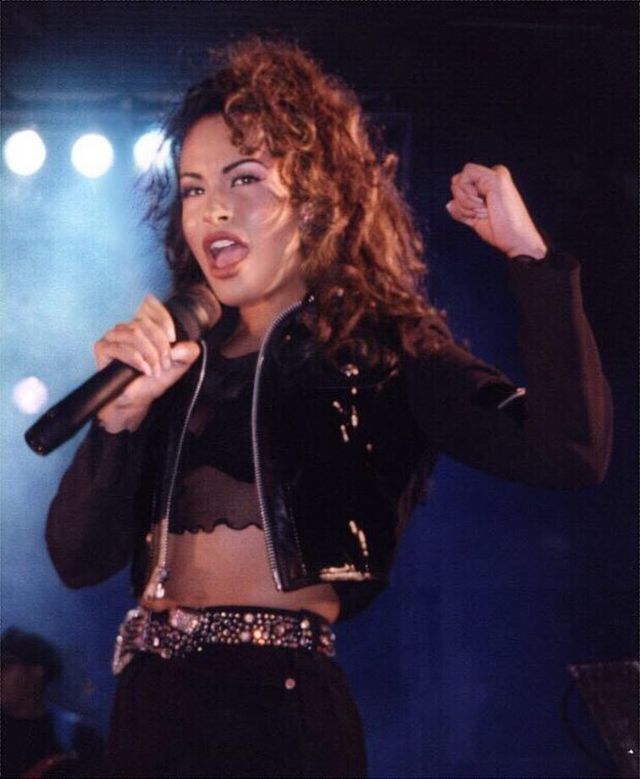 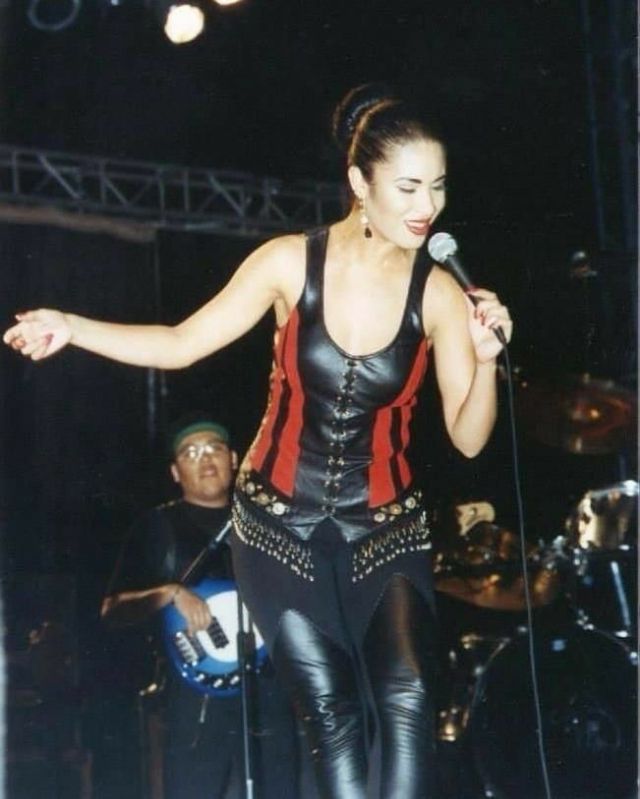 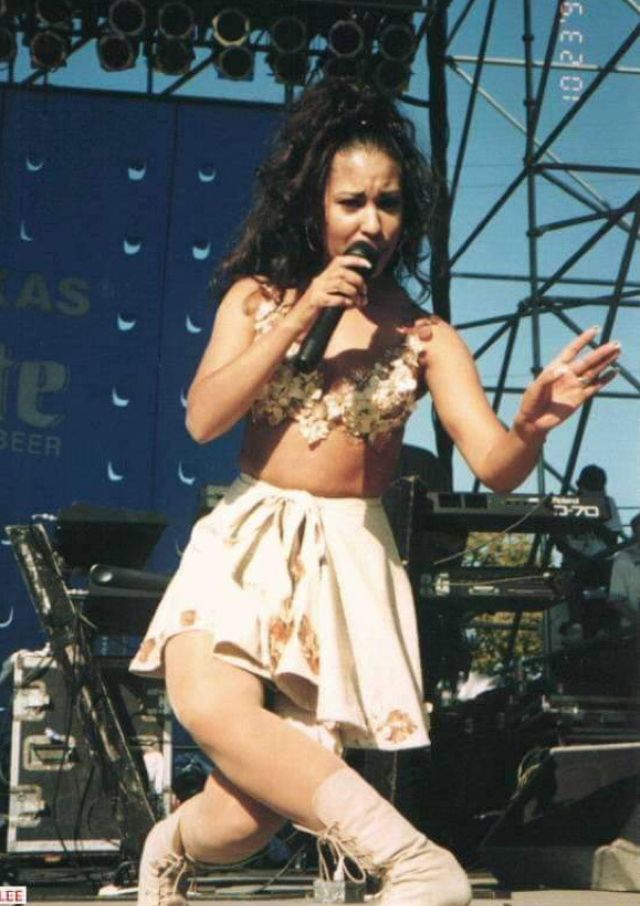 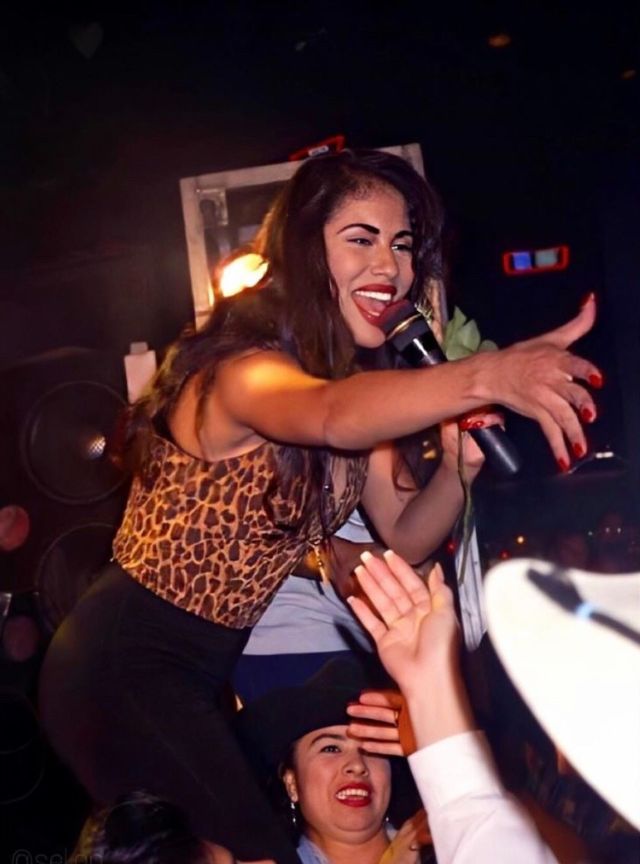