Born 1908 and raised in Indiana, Pennsylvania, American actor James Stewart started acting while studying at Princeton University. In 1935, Stewart landed his first of several supporting roles in movies and in 1938, he had his big breakthrough in Frank Capra’s ensemble comedy You Can’t Take It with You. He won his only Academy Award for Best Actor for his work in the comedy The Philadelphia Story (1940). 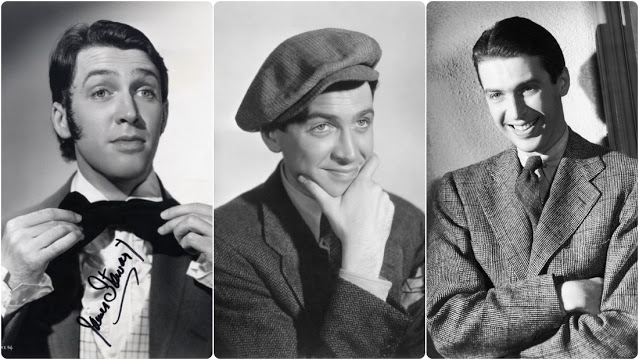 A licensed amateur pilot, Stewart enlisted as a private in the Army Air Corps soon after the United States entered the Second World War in 1941. After fighting in the European theater, he attained the rank of colonel and had received several awards for his service.

Stewart remained in the U.S. Air Force Reserve and was promoted to brigadier general in 1959. He retired in 1968, and was awarded the United States Air Force Distinguished Service Medal. President Ronald Reagan would later promote Stewart to the rank of major general in the Air Force retired list, in 1985.

Known for his distinctive drawl and everyman screen persona, Stewart’s film career spanned 80 films from 1935 to 1991. he was one of the most popular film stars of the decade, with most of his films becoming box office successes

After a brief venture into television acting, Stewart semi-retired by the 1980s. He received many honorary awards, including an Academy Honorary Award and the Presidential Medal of Freedom, both in 1985.

Stewart remained unmarried until his 40s, and was dubbed “The Great American Bachelor” by the press. In 1949, he married former model Gloria Hatrick McLean. They had twin daughters, and he adopted her two sons from her previous marriage. The marriage lasted until McLean’s death in 1994; Stewart died of a pulmonary embolism three years later at the age of 89.

With the strong morality he portrayed both on and off the screen, he epitomized the “American ideal” in the twentieth century. In 1999, the American Film Institute (AFI) ranked him third on its list of the greatest American male actors.

Take a look at these vintage portrait photos to see a young and handsome James Stewart in the 1930s. 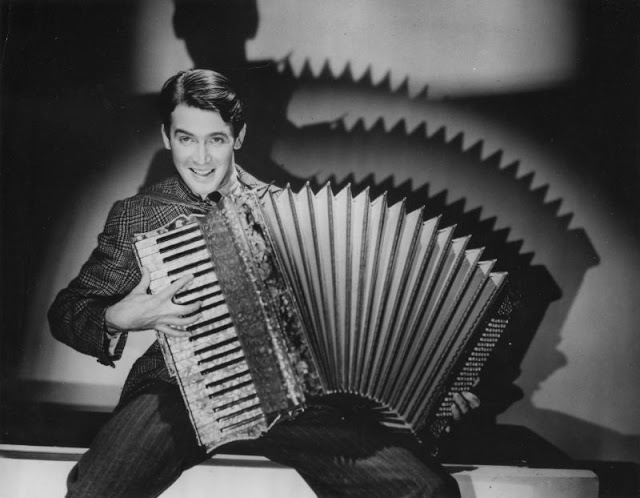 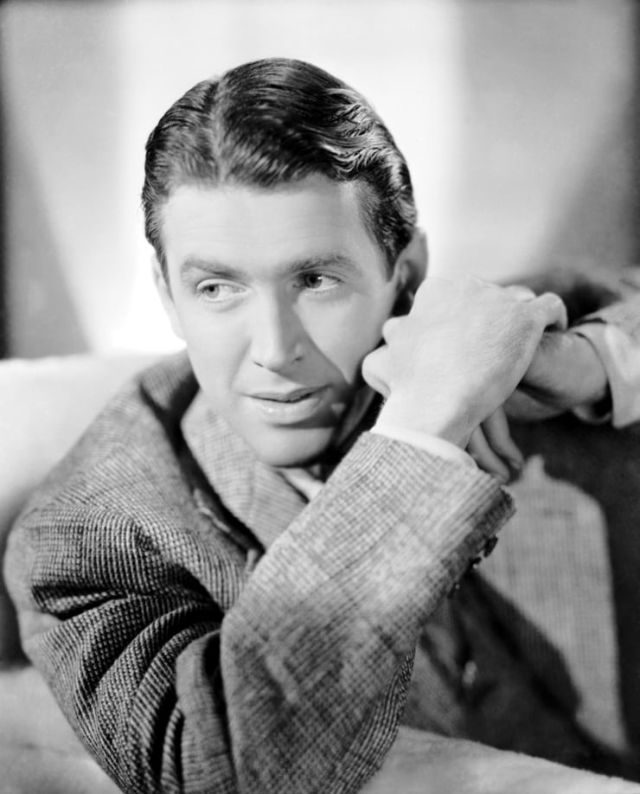 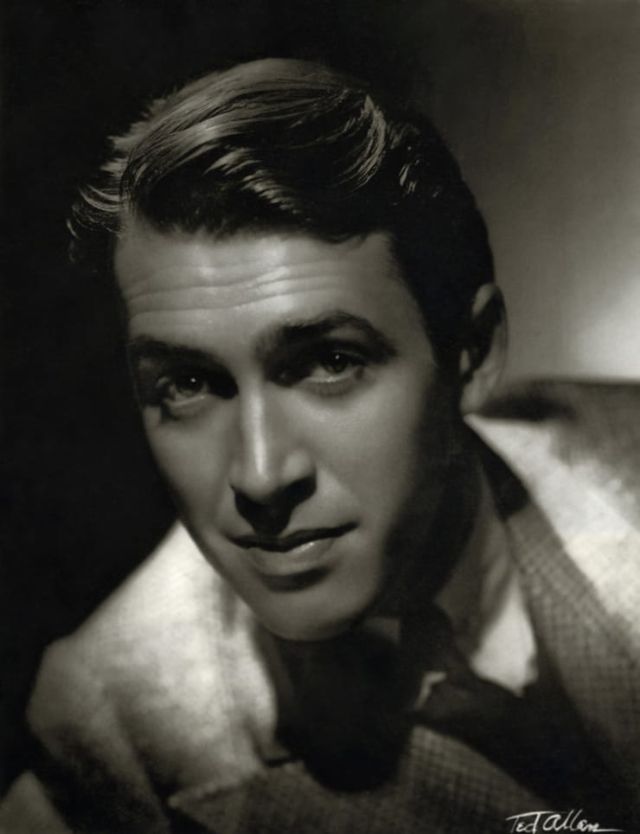 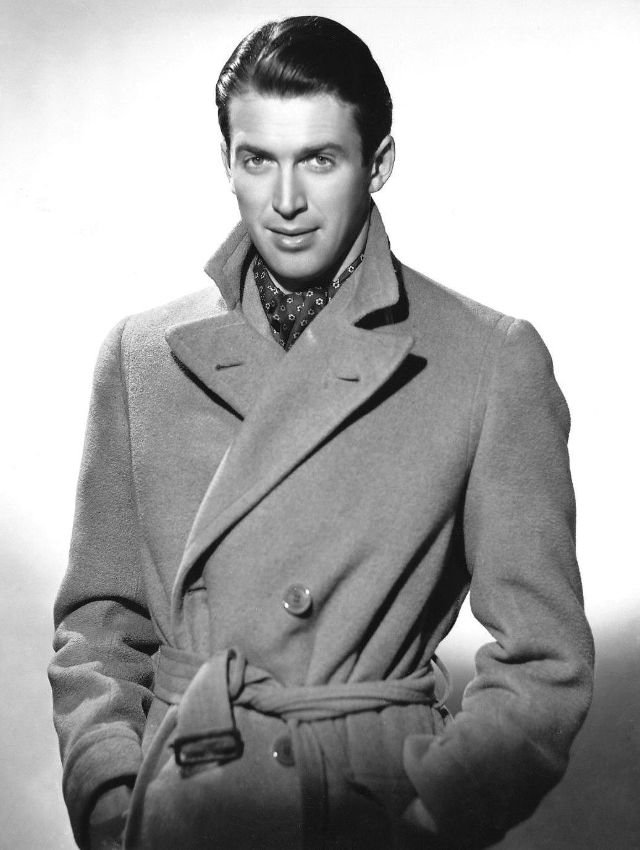 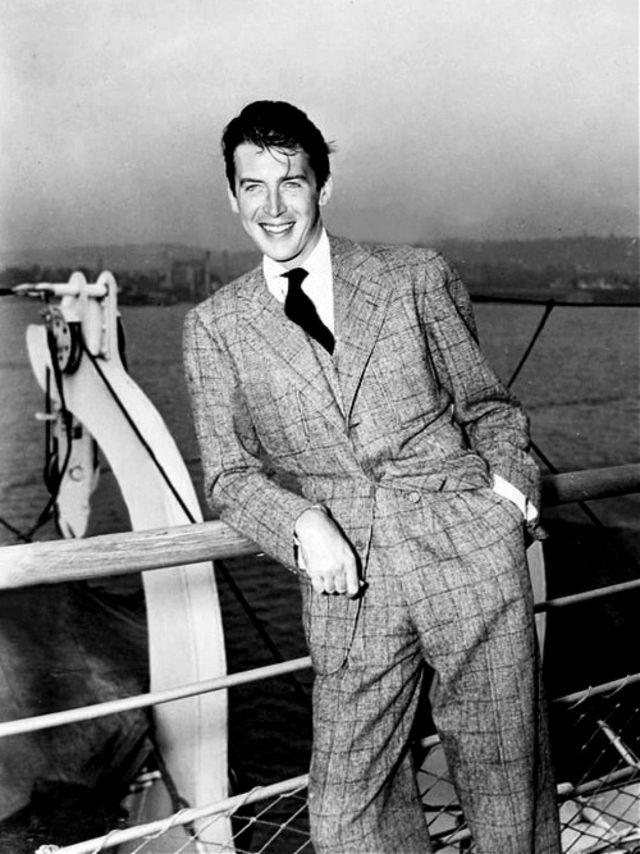