Amsterdam is as synonymous with tulips and cycling as it is smoking weed and sex workers advertising their services under glowing red lights.

At first glance, it may seem like the Red Light District in Amsterdam hasn’t changed much over the last few decades. Sex workers still offer their services to passers-by, and you can still find seedy bars and dealers on most corners. Yet, the area has undergone some significant changes over the past few years. The city’s efforts to “clean up” the Red Light District have led to the closure of a number of coffeeshops and prostitution windows, while the deluge of tourists strolling around the neighborhood has modified the true essence of the district.
Photographer Huub Prickaerts lived in the Red Light District in the 1990s and photographed the sex workers, cleaners, johns, criminals, neighbors, tourists, and addicts who made up the neighborhood. Because the Red Light District generally doesn’t take kindly to photographers, Prickaerts would shoot from the hip while innocently looking the other way. That technique might be questionable, but his photos are spot on. 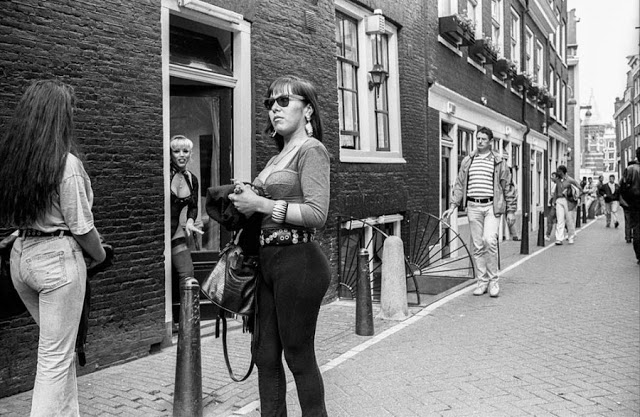 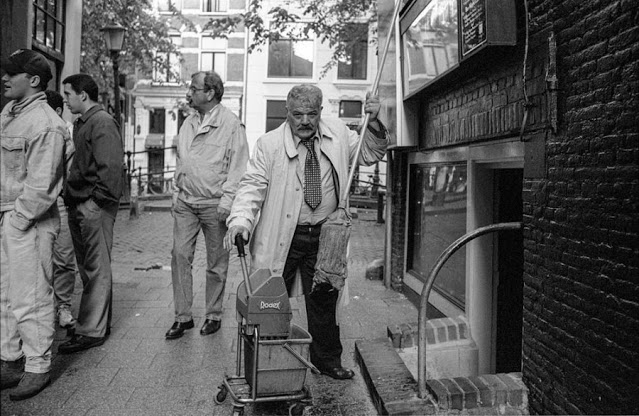 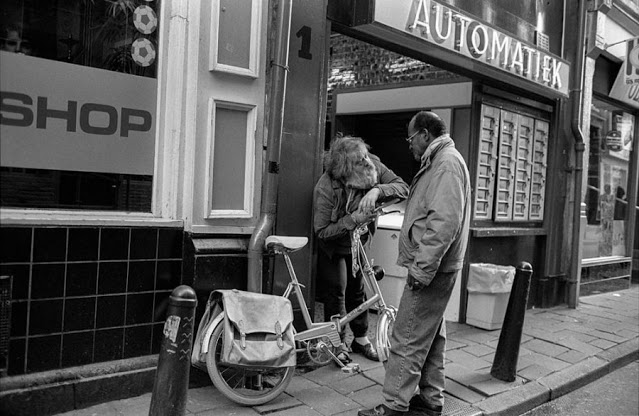 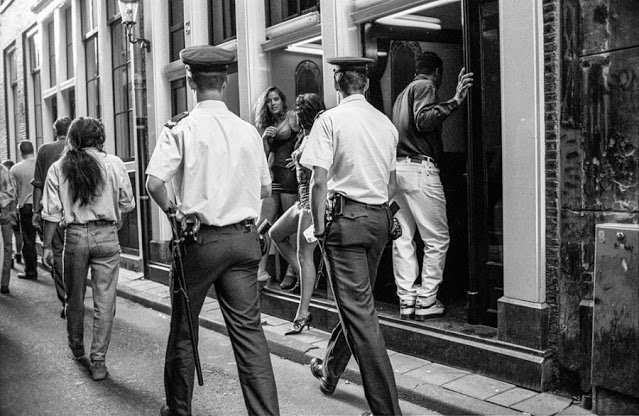 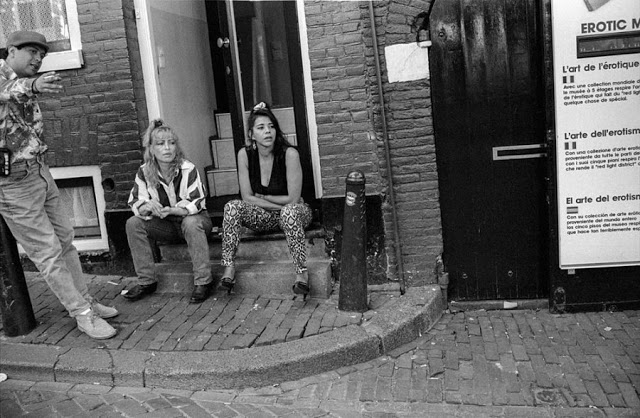