John Frankenheimer’s 1966 film, a fast-paced story of Formula One excitement, featured many genuine racing legends on set – and a young French singer by the name of Francoise Hardy…

With James Garner, Eva Marie Saint, Yves Montand, Brian Bedford, Antonio Sabàto and Toshiro Mifune in starring roles, John Frankenheimer had put together an impressive international cast. Yet the real reason for the success of Grand Prix – one of 1966’s ten biggest box-office hits that year, winning three Oscars – was the thrill of the racing scenes, thanks in large part to help from Phil Hill: he captured real-life footage with on-board cameras at some 1966 Grands Prix, and also drove a GT40 camera car during the making of the film. Other big names making guest appearances on screen included Graham Hill, Juan Manuel Fangio, Jim Clark, Jochen Rindt and Jack Brabham.
There was another reason for movie-goers to buy tickets, and that was the actress who took the role of driver’s girlfriend Lisa, namely the alluring Francoise Hardy. Her melancholy looks and gentle smile had already bewitched Mick Jagger and David Bowie, and on the set of Grand Prix, where she posed wearing the helmet of fellow actor James Garner, and at the wheel of a Ferrari, she likewise put the film crew under the spell of her innocent charm. She actually suffered from severe stage fright and hated being the centre of attention; hence the picture below, in which she perches, somewhat lost-looking on a float to help launch the film in New York, is all the stranger.
Francoise Hardy (b. Jan. 17, 1944) born in Paris is a singer-songwriter and actress. Her musical debut was in the early 1960s with the instant hit “Tous les garçons et les filles”. Hardy became a musical and fashion icon throughout the sixties during which time she made her film debut in Nutty, Naughty Chateau (1963) directed by Roger Vadim. Hardy starred in a leading role in the John Frankenheimer film Grand Prix (1966) after which she no longer wanted to make films but continued as a musician.
From the 1970s onwards, Françoise Hardy was only rarely seen in public, although she was still very much in the public eye thanks to her fashion photoshoots for Dior and Yves Saint Laurent. 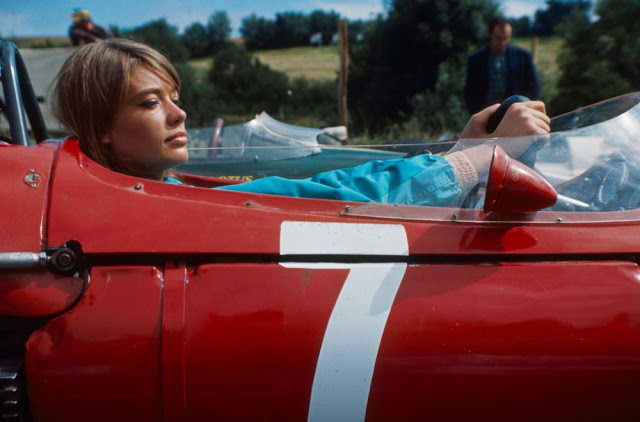 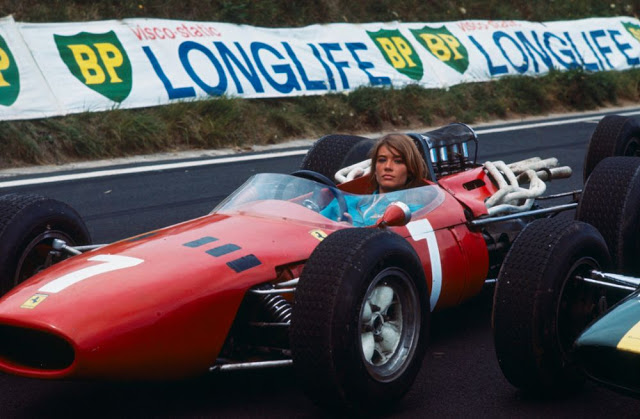 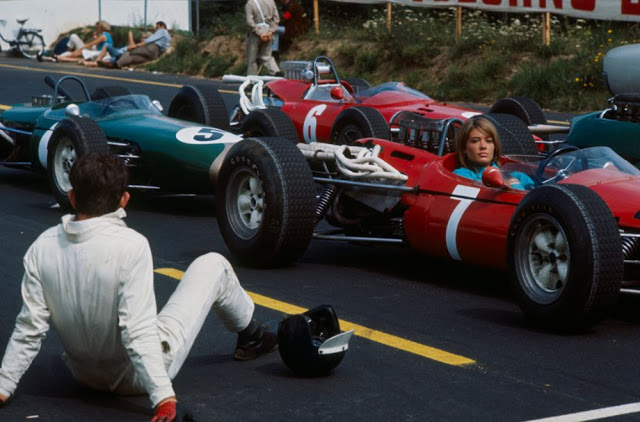 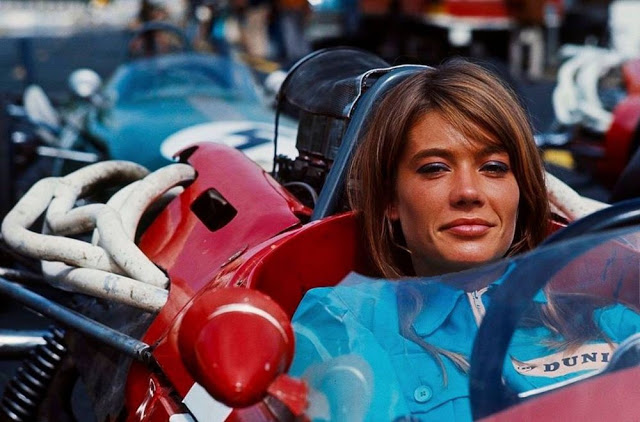 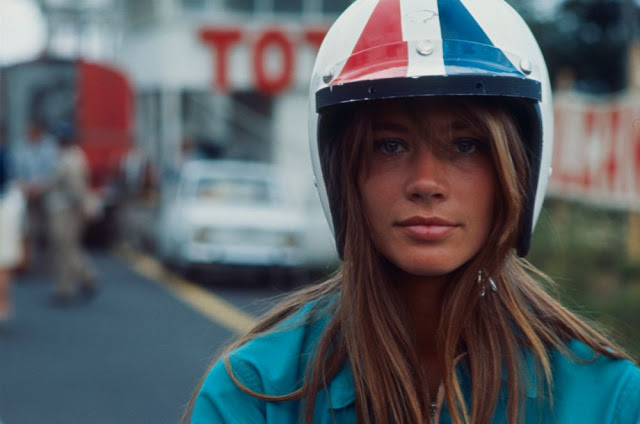