On November 4, 1966, the city of Venice woke up in the middle of its biggest nightmare. The largest flood in its history reached a level of 194 cm (or 6 ft 4 in) above median sea level and covered almost the entire city. The tide remained for 22 hours above 110 cm and for about 40 hours over 50 cm. It created a lot of damage in the historical center and on the lagoon islands.

Although Venice is known for its acque alte or high waters which often flood the streets, this flood left thousands of residents without homes and caused over six million dollars worth of damage to the various works of art throughout Venice, making it the worst flood in the history of the city.
After being neglected and quietly deteriorating ever since the defeat of the Venetian Republic by Napoleon about a century and a half prior, Venice was suddenly recognized as a city in urgent need of restoration. 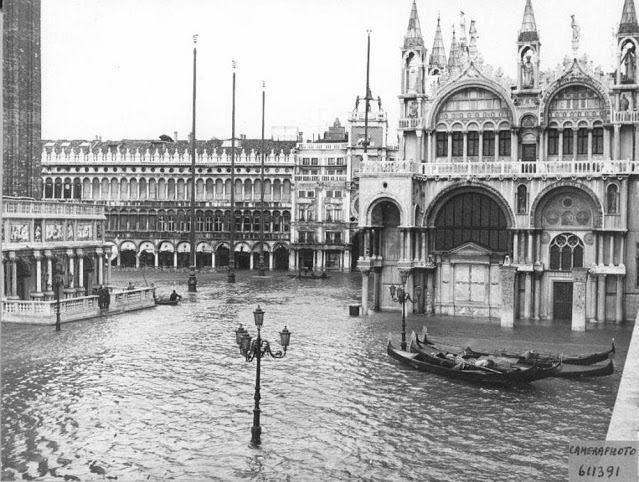 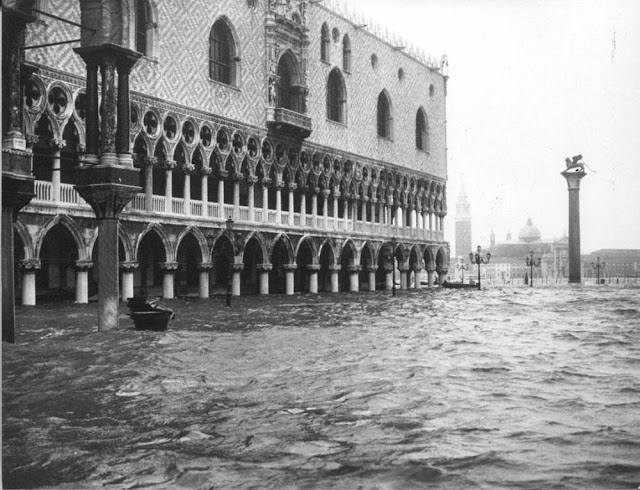 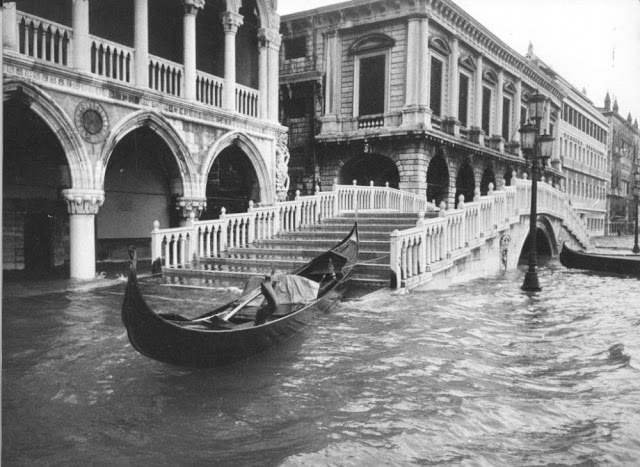 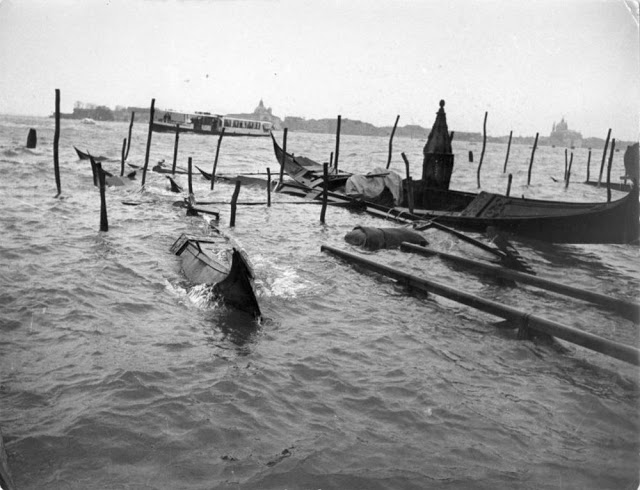 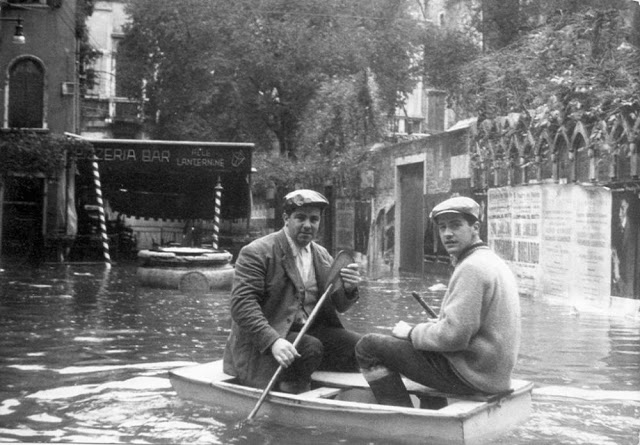