“Pablo loved to surround himself with birds and animals. In general they were exempt from the suspicion with which he regarded his other friends.” – Françoise Gilot

Picasso’s life, like his art, was filled with animals. His father was a breeder of pigeons and taught his son how to paint them. His love for these birds continued into later life. His drawing Dove of Peace was chosen as the emblem for the first International Peace Conference in 1949. He also named his second daughter ‘Paloma’, which is Spanish for dove.
Dogs feature across Picasso’s work and were constant companions throughout his life too. He owned many breeds over the years, including terriers, poodles, a Boxer, a Great Pyrenees, a German Shepherd and Afghan Hounds. The best known of his pet dogs is Lump the dachshund. The relationship between artist and dog was described as a ‘love affair’ and Lump appears in a number of Picasso’s paintings. He lived with Picasso until a week before the artist’s death in 1973. 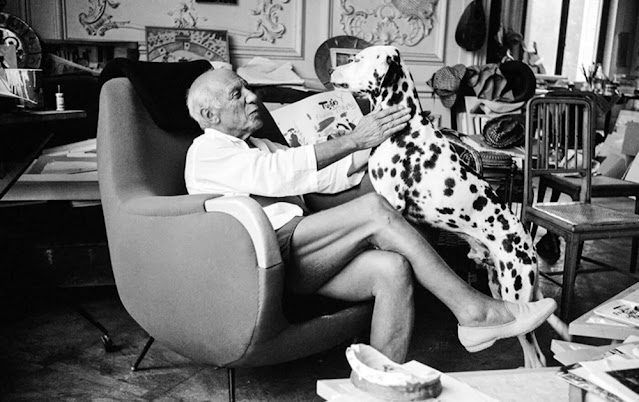 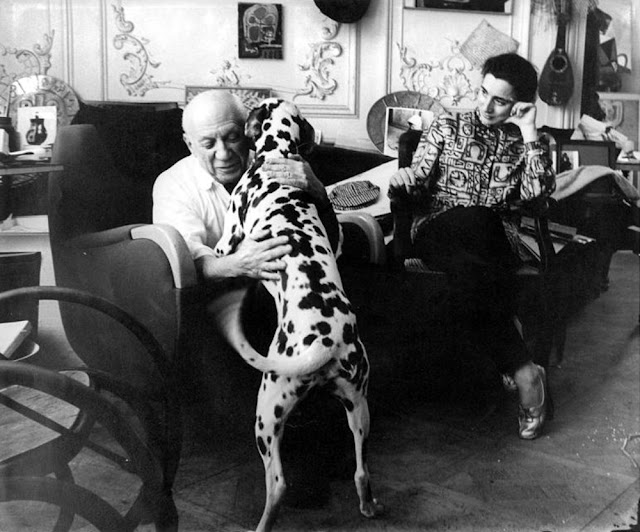 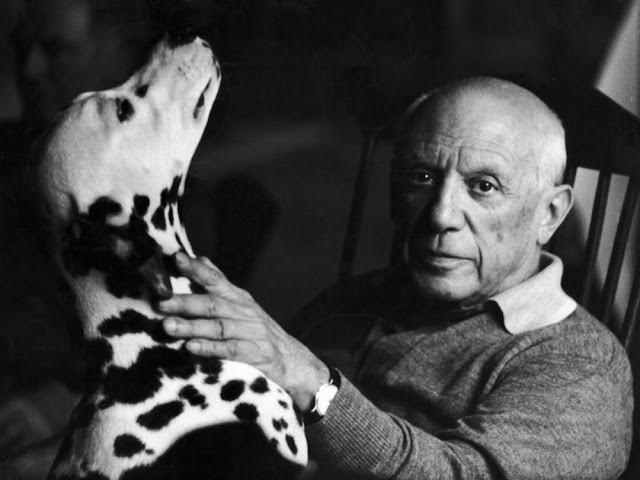 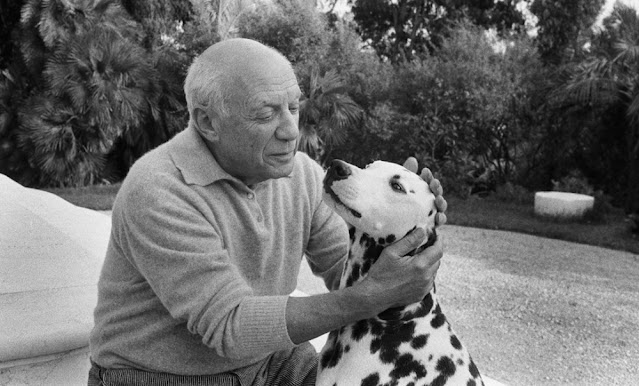 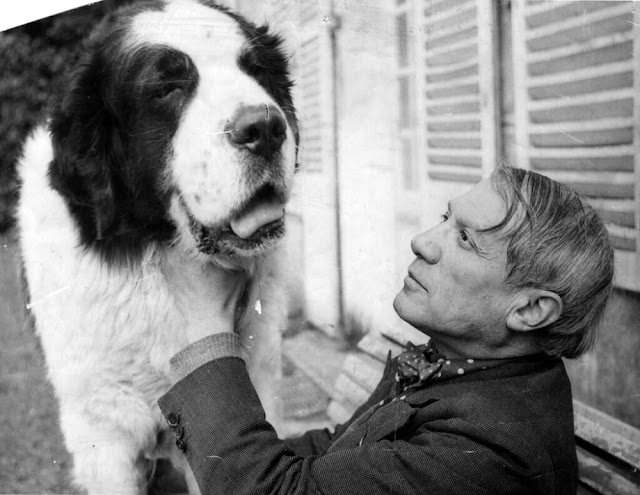