Elvis Presley (January 8, 1935 – August 16, 1977) in the mid-1950s, before he became a fully-known national rock ’n roll star, was constantly on the road. During 1955 and 1956, Elvis and his band performed widely, especially in the south, making numerous personal appearances, from high schools to county fairs. 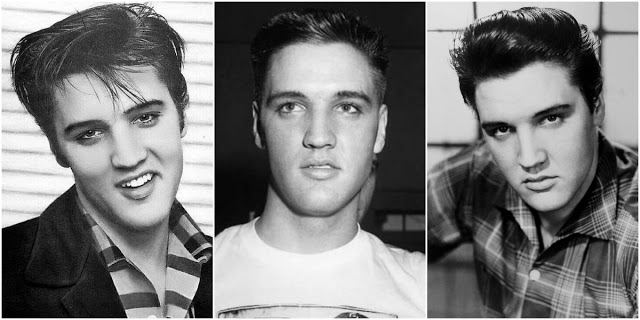 His 1955 itinerary, reprinted below, reveals an unyielding schedule of nearly daily performances. Elvis and his band were a hard-working, ever-on-the-move group of performers. Still, at the time, Presley was essentially a regional phenomenon, known primarily in the south. Elvis would not appear on national television until January 1956 – first on The Dorsey Brothers Stage Show, and later in September 1956, on the Ed Sullivan Show.
Although he would have great success with RCA Records in 1956, it was his August 1955 release of “I Forgot To Remember To Forget” with Sun Studios of Memphis, Tennessee that first made Elvis a nationally-known country  music star. That single, which also had “Mystery Train” on its B side, rose to No. 1 on the Country & Western charts in February 1956.
Elvis Presley’s first  No. 1 pop hit on the Billboard charts, “Heartbreak Hotel,” came on May 3, 1956.  A month earlier he had performed the song on The Milton Berle Show on national TV with an estimated 25 percent of the U.S. population watching. By then he had moved to RCA Records.
Yet in 1955, before the first crush of national fame, Elvis and his band were mostly on the road, also doing radio shows and some regional television, such as Louisiana Hayride. His 1955 schedule was truly grueling, and 1956 was similar, plus more recording sessions. The torrid pace did take a toll. On February 23, 1956, after a performance in Jacksonville, Florida, Presley collapsed from exhaustion and was rushed to a hospital. He was 21 years old.
Here are some portraits of a very young Elvis Presley in the 1950s: 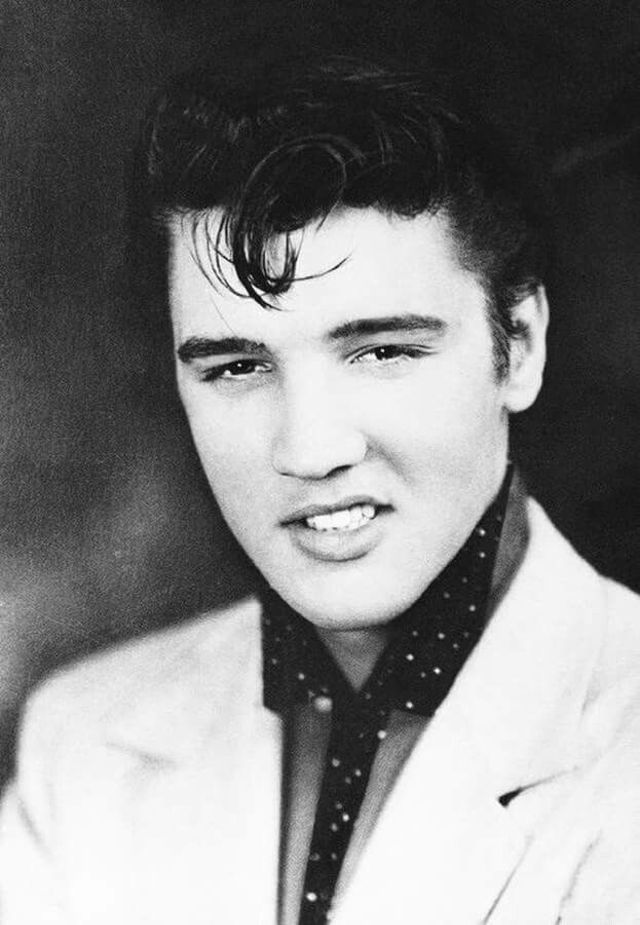 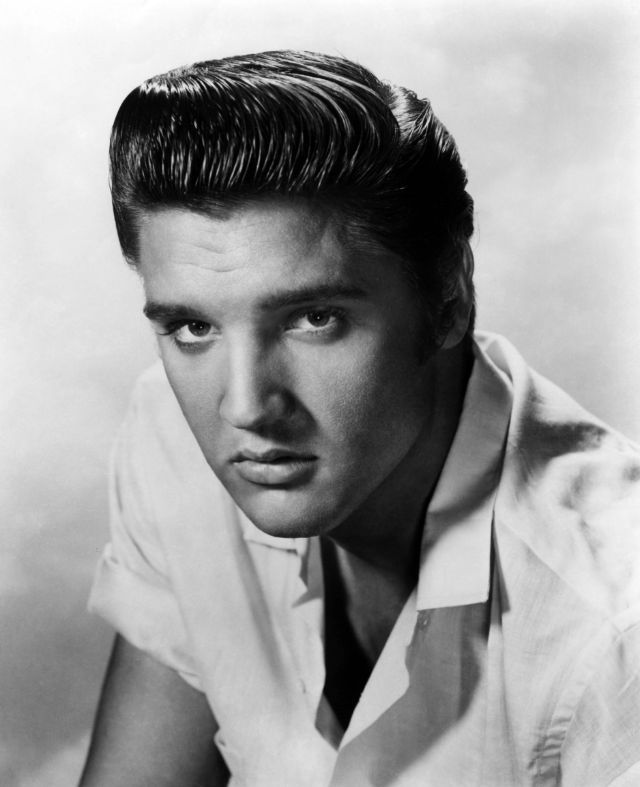 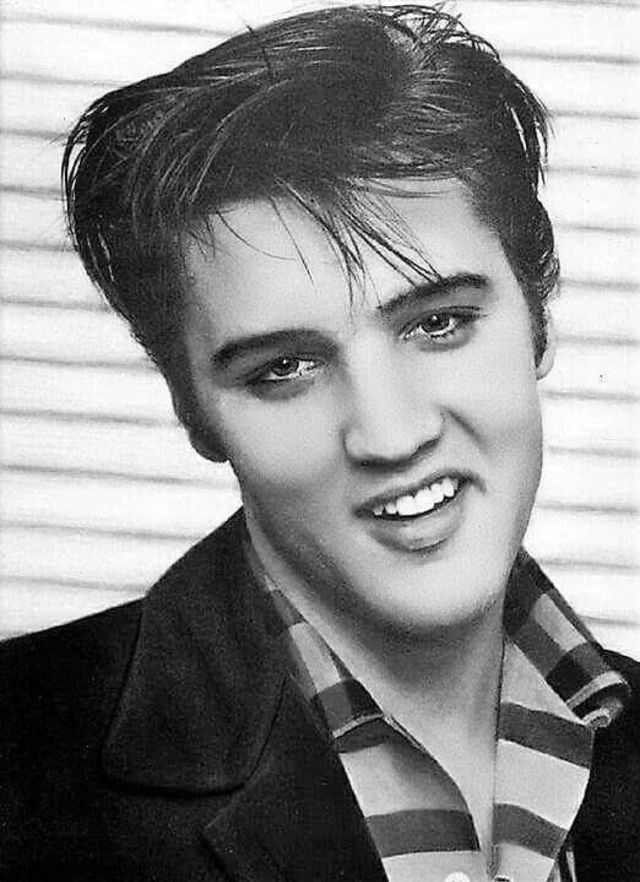 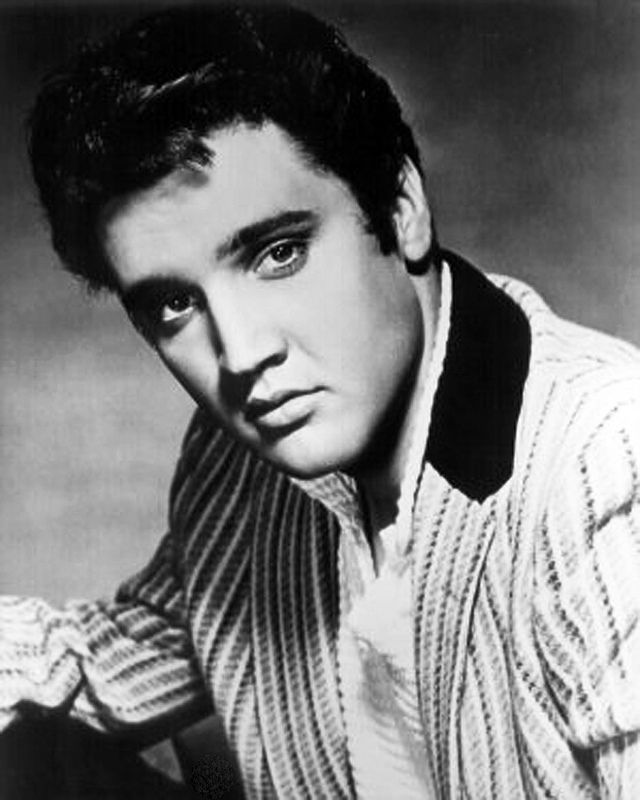 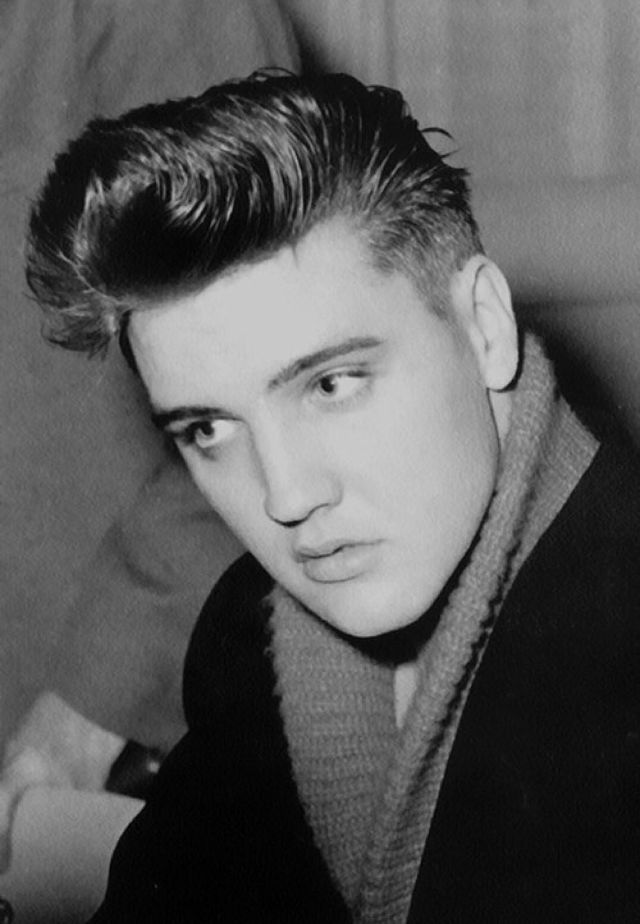