According to the traditional lunisolar Chinese calendar, the first day of the new year comes when the new moon is at the midpoint between the winter solstice and the spring equinox. This places it between Jan. 21 and Feb. 20 on the Gregorian calendar. Each year honors one of the 12 signs of the zodiac.

The New Yorkers have been celebrating the Chinese New Year here in Chinatown for over 150 years. By the early 1860s, a small enclave of Chinese people (mostly men) had settled in the area of Mott Street, slightly east of the notorious Five Points slum. As that neighborhood’s dynamics would change by the 1890s – from Irish to mostly Italian immigrants — the Chinese community would develop a strong foothold as their neighbors here on Mott Street, Bayard Street, Pell Street and, of course, ‘bloody’ Doyers Street.

The parades begin draw drawing of thousands of onlookers by the 1950s, enamored of the lions and dragons, the live music, festive costumes, and allure of what had now become some New Yorkers most favorite food. These wonderful photos, taken in Manhattan in 1960, show the festivities for the arrival of the Year of the Rat. 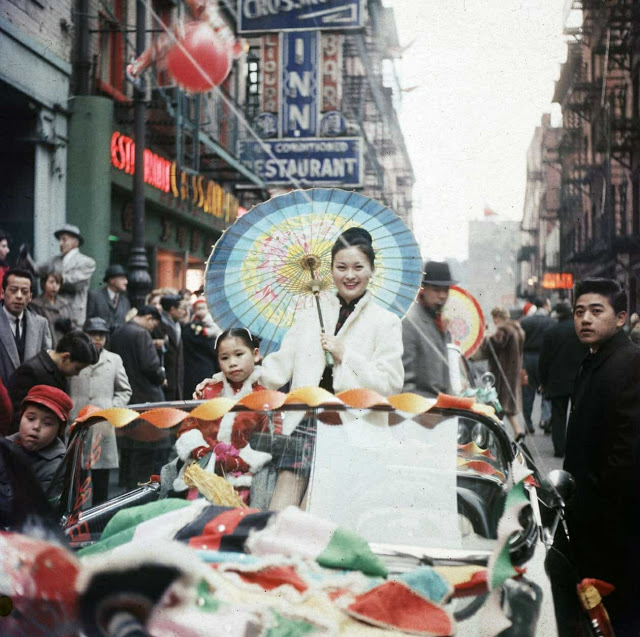 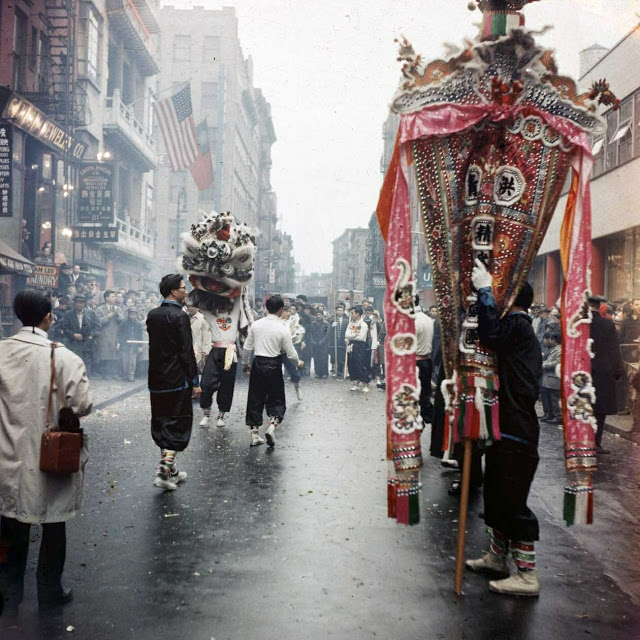 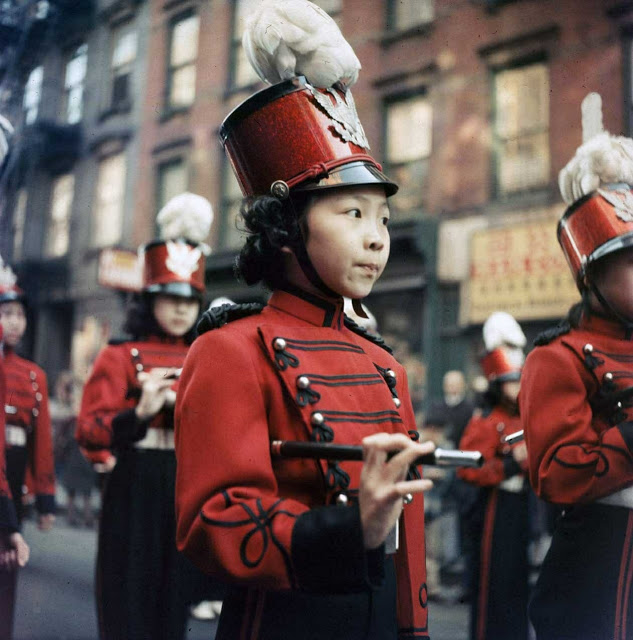 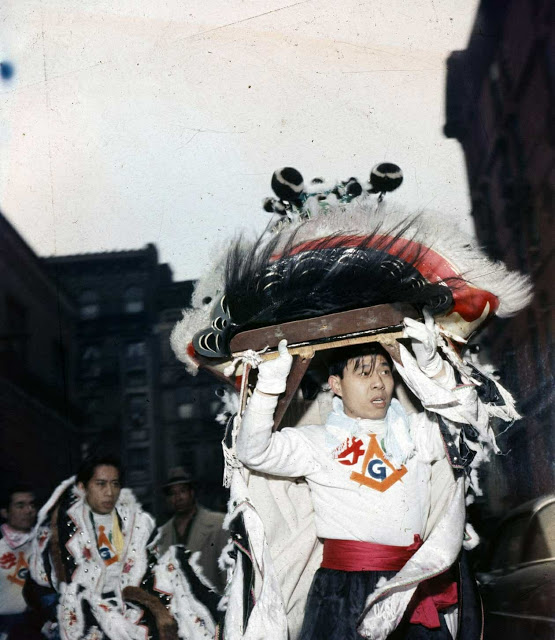 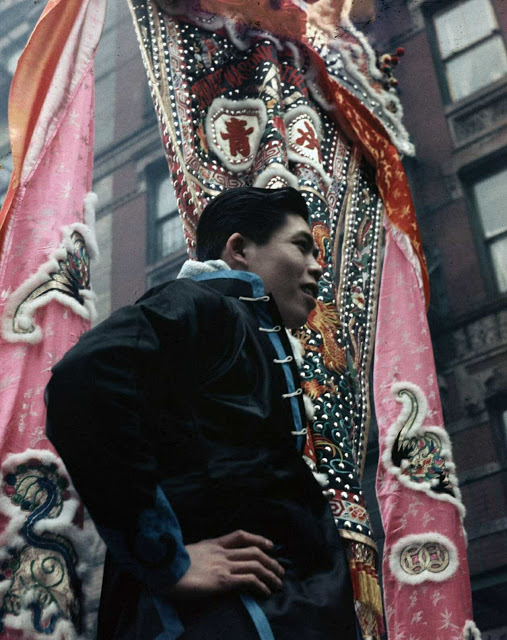