In the Welsh folkloric tradition of Mari Lwyd, a horse skull visits your home around Christmas, and you must beat it in poetry or allow it inside.

The Mari Lwyd or, in Welsh, Y Fari Lwyd, is a New Year custom once prevalent in the valleys of South Wales. Translated, the name means ‘the Grey (or Holy) Mary’ although this is likely a more recent rendering of ‘the Grey Mare’, as the tradition surrounding the Mari Lwyd involves the parading of a horse’s skull.

The tradition entails the use of an eponymous hobby horse which is made from a horse’s skull mounted on a pole and carried by an individual hidden under a sackcloth. It represents a regional variation of a “hooded animal” tradition that appears in various forms throughout Great Britain.

The custom was first recorded in 1800, with subsequent accounts of it being produced into the early twentieth century. According to these, the Mari Lwyd was a tradition performed at Christmas time by groups of men. They would form into teams to accompany the horse on its travels around the local area, and although the makeup of such groups varied, they typically included an individual to carry the horse, a leader, and individuals dressed as stock characters such as Punch and Judy.

The attendant ritual began with the singing of traditional stanzas by the Mari Lwyd group at the door, soliciting both permission to sing and entry into the house, and issuing a challenge to a versifying contest.

Next followed the pwnco, the debate conducted to the same music in a combination of traditional and impromptu stanzas) between a member of the group and an opponent within the house. This usually amounted to heavy leg-pulling in which the contestants mocked each other’s singing, drunkenness, etc.

Victory in the debate would ensure admission into the house for the Mari Lwyd group, to partake of cakes and ale and perhaps collect a money gift as well. In at least some cases, after the end of the debate, the group would sing additional stanzas introducing its individual members and finally, after entertaining the occupants of the house, it would deliver a farewell song. 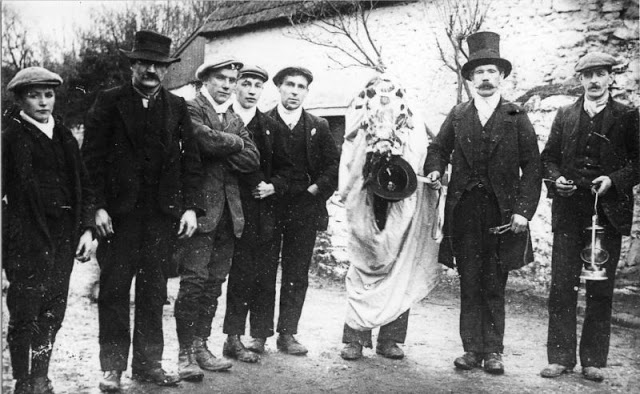 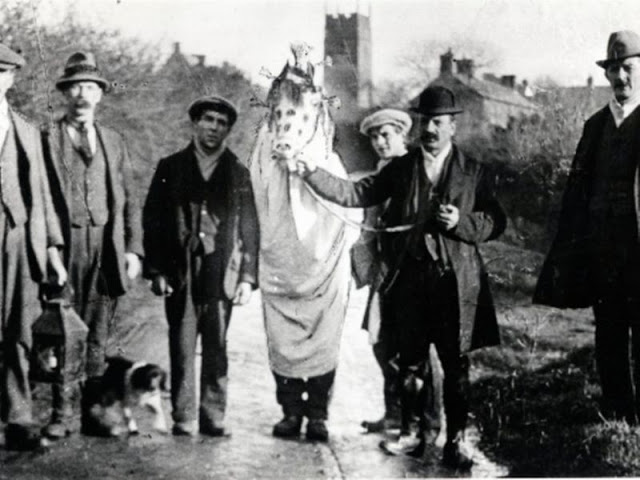 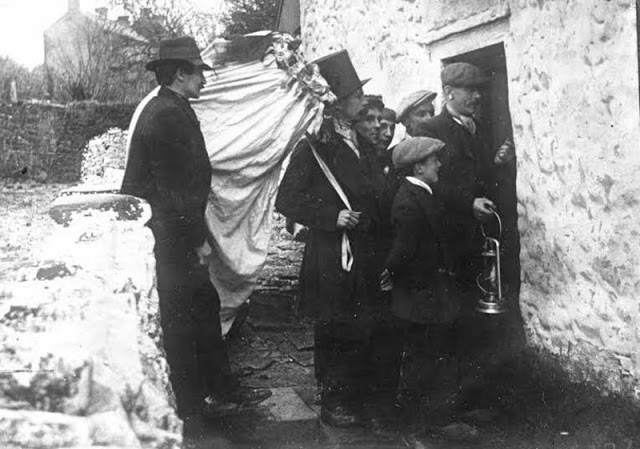 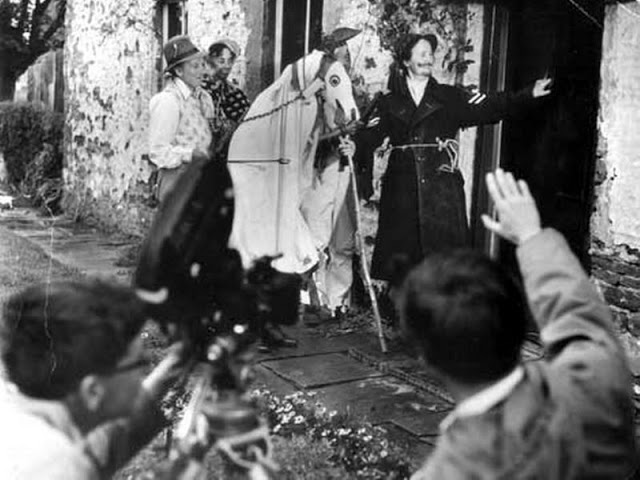 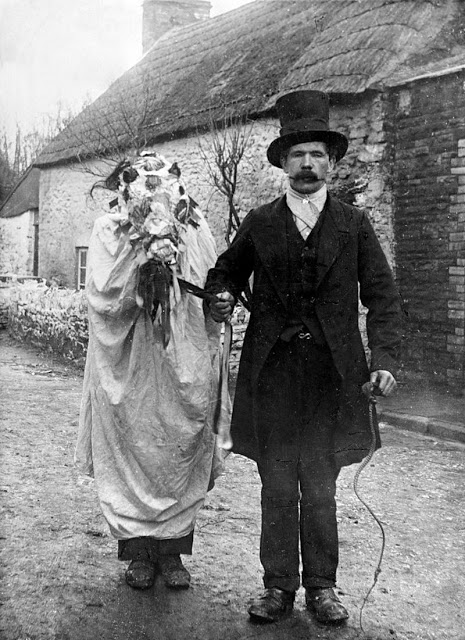 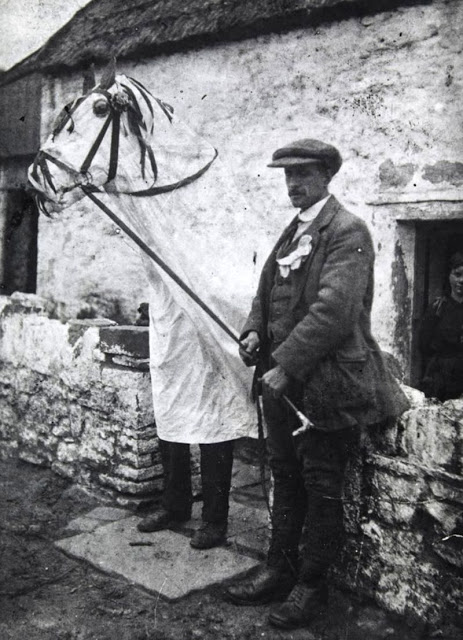 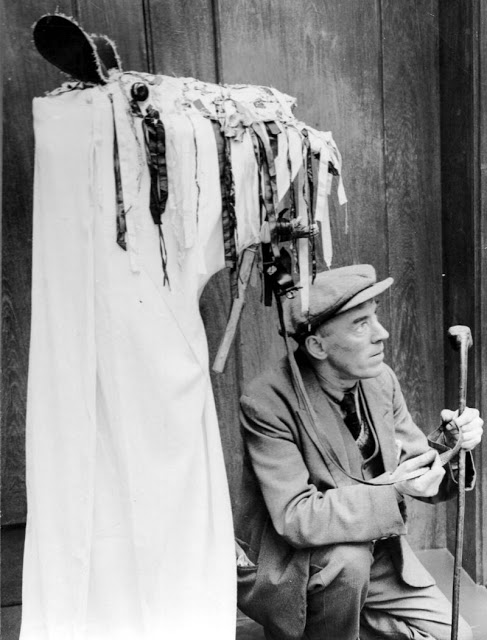 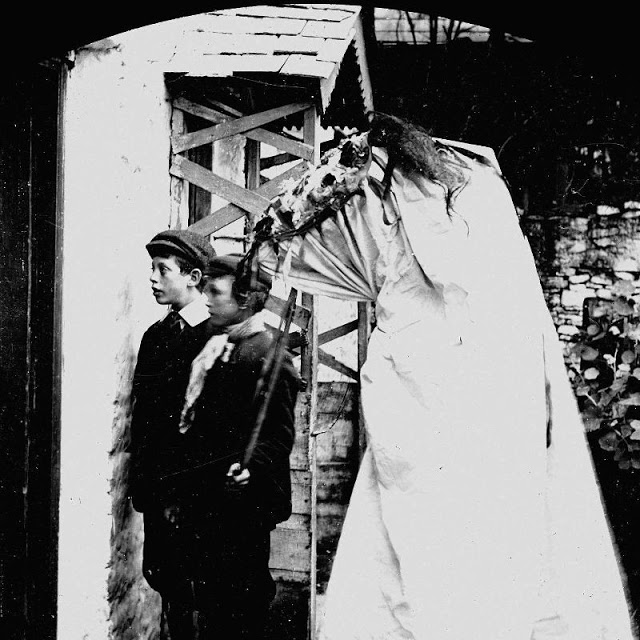