It’s 1933, the Depression grips the country but in the dancehalls south of Boston are filled with music and dancing. Marathon dancing. For your viewing pleasure: a small album documenting some of the dancers who competed in some Massachusetts walkathons in 1933/34.

Dance Marathons (also called Walkathons), an American phenomenon of the 1920s and 1930s, were human endurance contests in which couples danced almost non-stop for hundreds of hours (as long as a month or two), competing for prize money.

Dance marathons originated as part of an early-1920s, giddy, jazz-age fad for human endurance competitions such as flagpole sitting and six-day bicycle races. Dance marathons persisted throughout the 1930s as partially staged performance events, mirroring the marathon of desperation Americans endured during the Great Depression.

In these dance endurance contests, a mix of local hopefuls and seasoned professional marathoners danced, walked, shuffled, sprinted, and sometimes cracked under the pressure and exhaustion of round-the-clock motion. A 25-cent admission price entitled audience members to watch as long as they pleased. 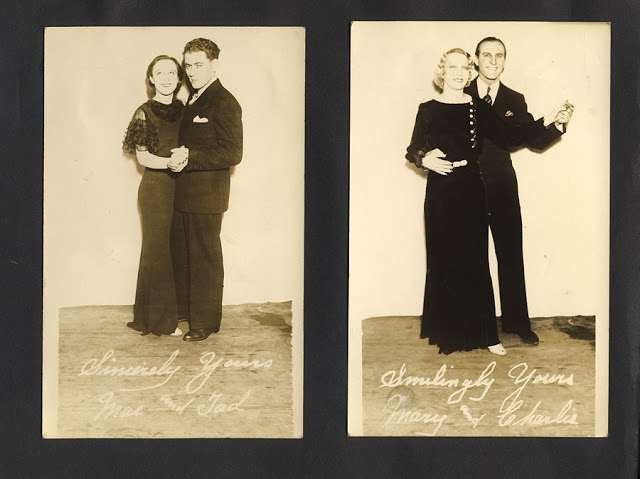 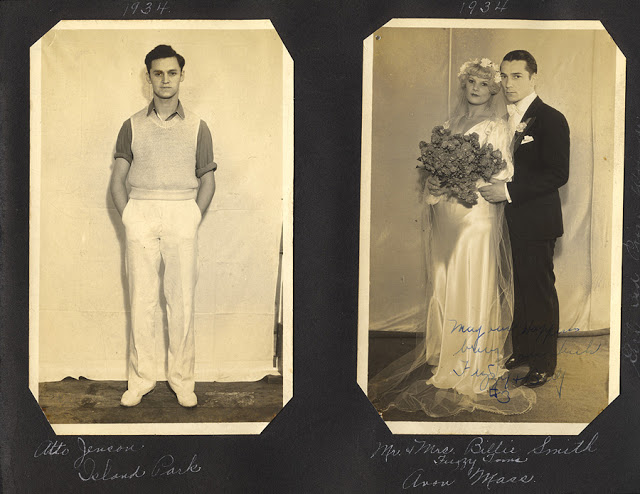 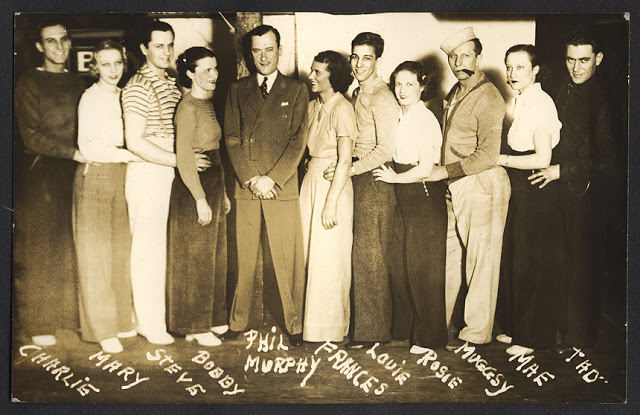 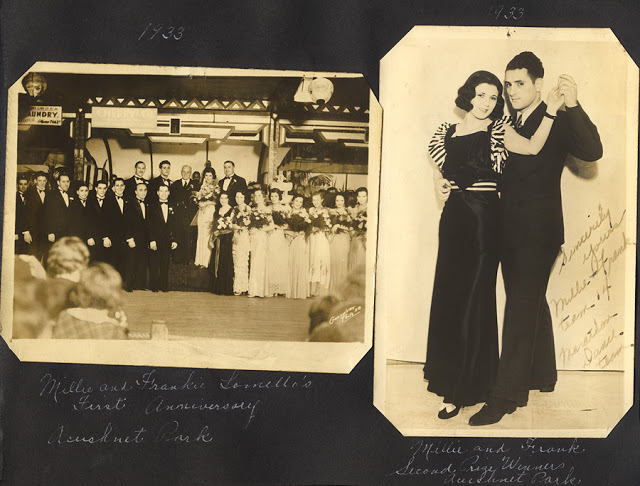 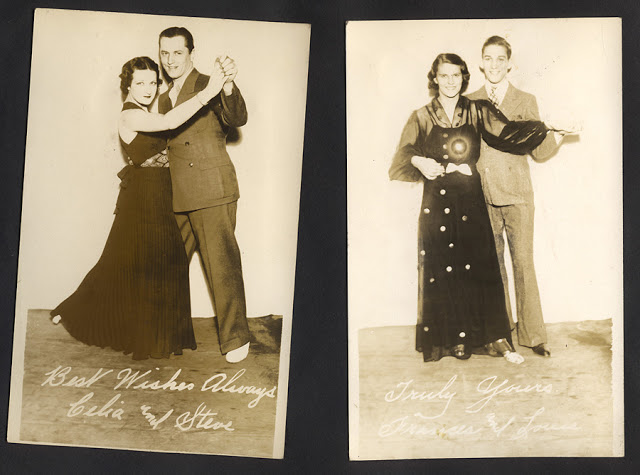