Back in 1980, California Custom Coachworks did a limited run of just five Chevrolet Corvette sedans for customers (a total of six were produced, one of them being a prototype). They took the stock body Corvettes, lengthened them by 30 inches, adding a significant 500-lb weight gain to the body. The result however was a very rare four-door Corvette that featured four seats and a very peculiar design.

No, your eyes aren’t deceiving you – the 1980 Chevrolet Corvette you’re looking at here does indeed have four doors. It wasn’t created in Photoshop by a render artist, either. It was originally built in the late 1970s by a Pasadena-based company called California Custom Coach for people who wanted to combine the Corvette’s sporty character with the practicality of a four-door sedan.

Only two are believed to still exist today, one of which is currently listed for sale by NBS Auto Showroom finished in bright red. The red theme continues inside, as everything from the seats, dashboard, and seatbelts are all in red. It only has 20,000 miles on the odometer and was primarily driven to car shows.

Originally, it would have set you back $35,000, which was more than double the price of a base-model Corvette at the time. That’s a steep asking price considering you can buy a brand new V8-powered Porsche Panamera Turbo for a lot less. It’s also nearly twice the price of a Corvette ZR1, but its rarity will make it very desirable to Corvette collectors. 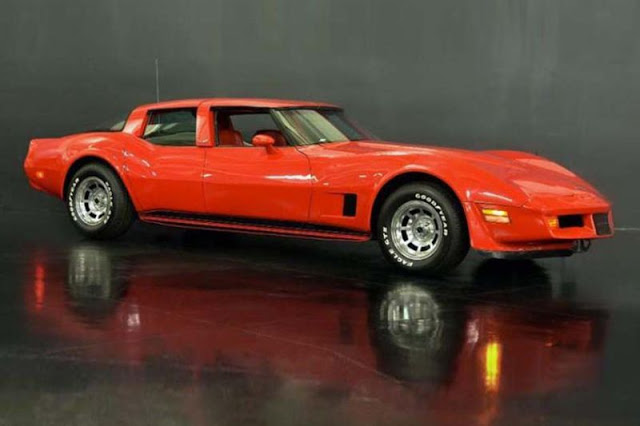 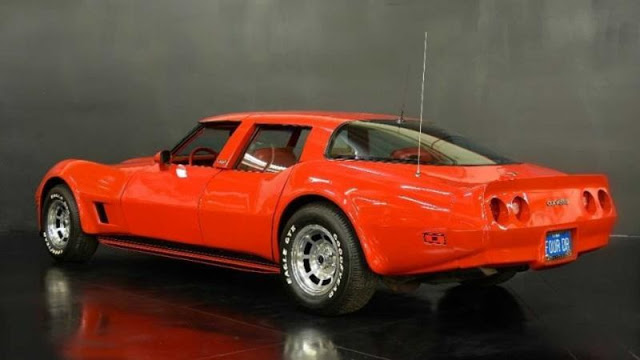 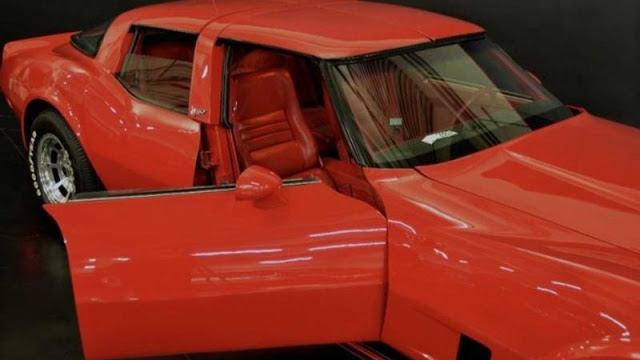