Humans are curious about brains and their workings, which led to this hulking unit’s development. Seen here in 1907, the Lavery Electric Automatic Phrenometer supposedly measured brain activity. But in reality, it just studied the way one’s head was shaped. 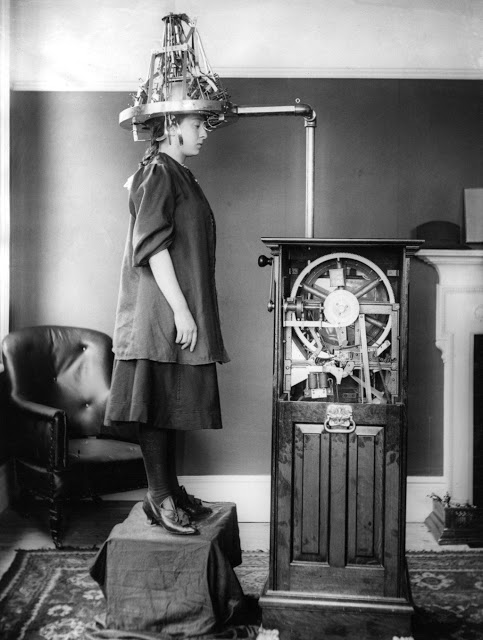 The Lavery Electric Phrenometer is an automated phrenological measuring device, invented and patented by Henry C. Lavery, which was the basis for the more well-known Psycograph of later decades. The device operates by automatically taking measurements of several areas of the subject’s head and producing a print-out record of the readings taken, specifically functioning as a “phrenometer for measuring the faculties of intelligence of the head, and hence determining the size and character of the brain contained therein.” 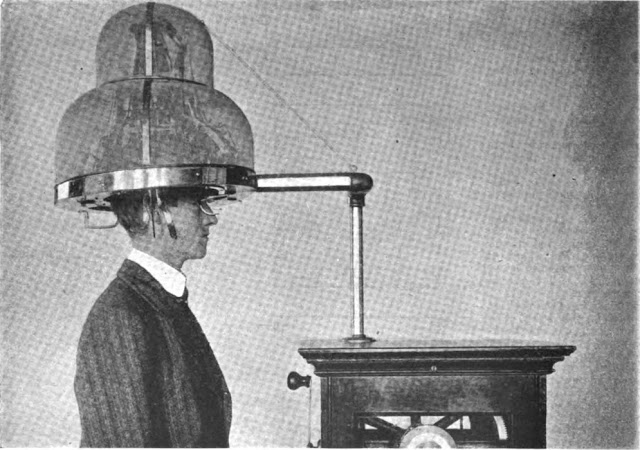 Phrenology is a process that involves observing and/or feeling the skull to determine an individual’s psychological attributes. Franz Joseph Gall believed that the brain was made up of 27 individual organs that determined personality, the first 19 of these ‘organs’ he believed to exist in other animal species. Phrenologists would run their fingertips and palms over the skulls of their patients to feel for enlargements or indentations. The phrenologist would often take measurements with a tape measure of the overall head size and more rarely employ a craniometer, a special version of a caliper. In general, instruments to measure sizes of cranium continued to be used after the mainstream phrenology had ended. The phrenologists put emphasis on using drawings of individuals with particular traits, to determine the character of the person and thus many phrenology books show pictures of subjects. From absolute and relative sizes of the skull the phrenologist would assess the character and temperament of the patient.

Gall’s list of the “brain organs” was specific. An enlarged organ meant that the patient used that particular “organ” extensively. The number – and more detailed meanings – of organs were added later by other phrenologists. The 27 areas varied in function, from sense of color, to religiosity, to being combative or destructive. Each of the 27 “brain organs” was located under a specific area of the skull. As a phrenologist felt the skull, he would use his knowledge of the shapes of heads and organ positions to determine the overall natural strengths and weaknesses of an individual.

Phrenologists believed the head revealed natural tendencies but not absolute limitations or strengths of character. The first phrenological chart gave the names of the organs described by Gall; it was a single sheet, and sold for a cent. Later charts were more expansive.