Before he was the legend. Before he filled arenas with cheering fans and anthemic hits. Before there was Queen, or even Freddie Mercury, there was Farrokh Bulsara, a quiet boy born to Parsi parents in the British protectorate of Zanzibar (now in Tanzania) and dispatched to boarding school in a hill station not far from Bombay.

In 1958, Freddie and four of his friends – Bruce Murray, Derrick Branche, Farang Irani, and Victory Rana – decided to form a band together. They called themselves The Hectics. The school-band was formed while all five were students at St. Peter’s School, Panchgani, an English boarding school in Panchgani, near Bombay (now Mumbai), India. 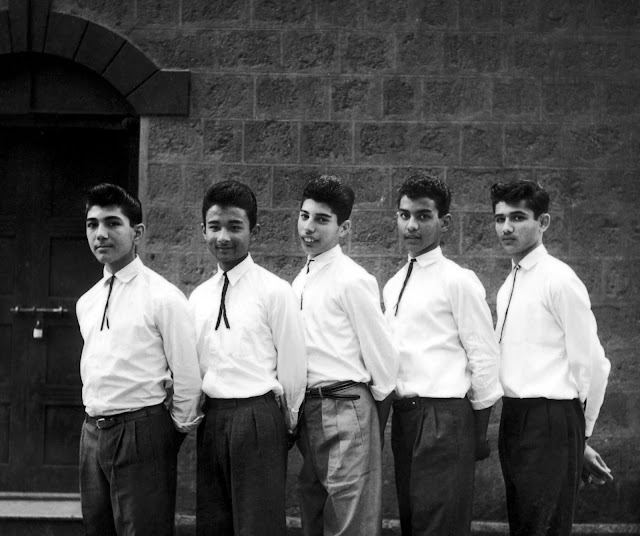 Inspired by Elvis Presley and Fats Domino, they performed at school events singing versions of well-known rock & roll names, but their music was not well seen in that conservative environment.
But the truth is that, although very introverted by then it was visible that the singer could transcend completely when interpreting and giving voice to the music. Incidentally, his shyness for days has been recalled by his biographer, Lesley-Ann Jones, who described him in an interview as a “very well-educated and respectable” man, but also “very shy”, despite the ease with which was on stage.
It remains to be said that in 1963, he was then 17 years old, when Farrokh left India, towards England, The Hectics ended. The other four members of the group lost touch with their timid vocalist, and only a few years later – according to one of them, Victory Rana – they would recall the discreet Bulsara to the extravagant Mercury upon hearing his unique voice. 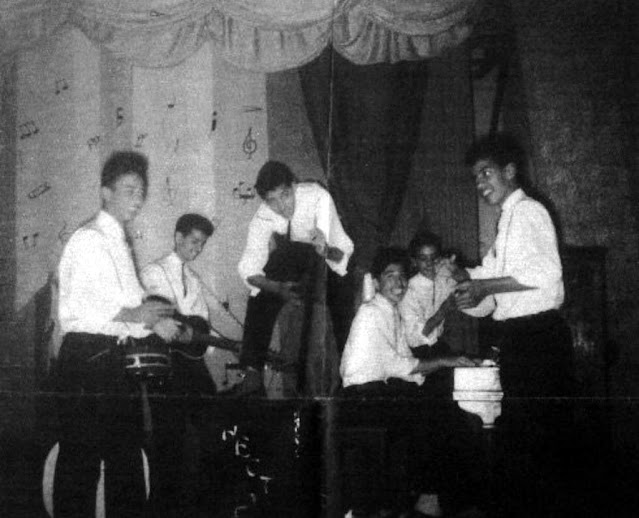 In 2016, Rock star’s Panchgani school bandmates recalled ‘Bucky’ in an interview:
Freddie Mercury is considered to have been one of the most flamboyant showmen in rock ‘n’ roll history. Were there any early signs of that in his performances with The Hectics?
Victory Rana: Freddie was very shy, but once he started playing his piano, he became a completely different person. But I don’t remember him as being any kind of showman – not at that age, anyway.
Subash Shah: Yes, Freddie was very shy. But he was also “a born show-off”, and his entire personality would transform once he was performing. To give you one example: one evening, as teenagers, we were walking on a beach in Zanzibar. Music was playing and Freddie spontaneously started to do the twist, the popular dance move of the time. It was such a mesmerizing performance that the next thing we knew was that a group of conservative local girls, wearing burqas, had formed a circle around Freddie and began to twist with him. That was the power of his showmanship, even back then.
Did he display any signs of future greatness back then? Any indications of the shape of things to come?
Victory Rana: To be quite frank, no. Yes, Freddie had a lot of talent, and he was very passionate about his piano playing. But who could say, based on that, that he’d grow up to be the megastar that he became?
Farang Irani: His parents were good solid middle-class Parsis with middle-class values. His father was an accountant in Zanzibar, and he wanted Freddie to become an accountant or a lawyer.