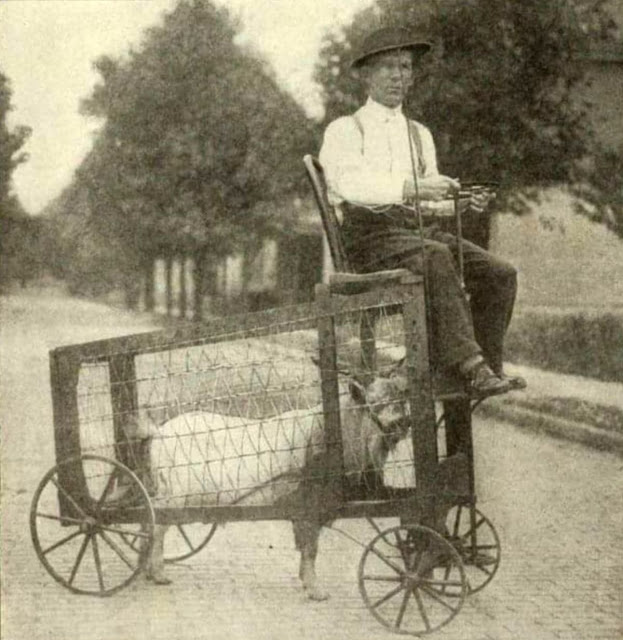 “A progressive citizen of Columbus, Ohio, anxious to emulate his more wealth neighbors in possessing an easy-going conveyance—and being possessed of one large he-goat, of whose electromotive force much has been printed, and more has been thought—conceived the scheme of harnessing the force in such a manner as would make it most easily controlled. Inability to protect the goat by letters patent or a copyright, leaves the invention open, so that whomsoever will may copy it.”