Notre-Dame de Paris (meaning “Our Lady of Paris”), referred to simply as Notre-Dame, is a medieval Catholic cathedral in the 4th arrondissement of Paris. The cathedral was consecrated to the Virgin Mary and considered to be one of the finest examples of French Gothic architecture. Its pioneering use of the rib vault and flying buttress, its enormous and colorful rose windows, as well as the naturalism and abundance of its sculptural decoration set it apart from the earlier Romanesque style. Major components that make Notre Dame stand out include one of the world’s largest organs and its immense church bells.

The cathedral’s construction began in 1160 under Bishop Maurice de Sully and was largely complete by 1260, though it was modified frequently in the following centuries. In the 1790s, Notre-Dame suffered desecration during the French Revolution; much of its religious imagery was damaged or destroyed. In the 19th century, the cathedral was the site of the coronation of Napoleon I and the funerals of many Presidents of the French Republic.

The cathedral was damaged during the First World War. In 1914 more than two dozen German shells hit the cathedral and the wooden scaffolding was set on fire, which in turn lit the oak of the roof. The lead used to seal the roof melted, which in turn set the wooden pews on fire. Stained glass windows and pillars and statuary were destroyed.

These vintage photographs show sandbags were stacked up against Notre Dame Cathedral to try and prevent the war damage. 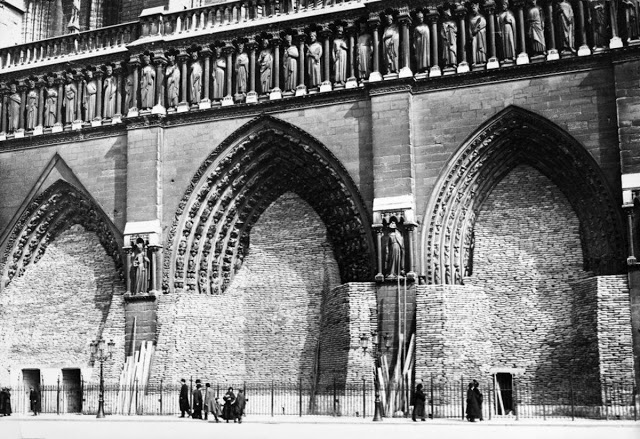 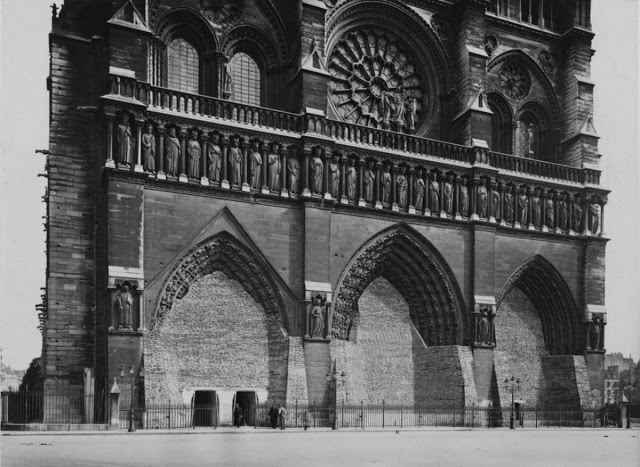 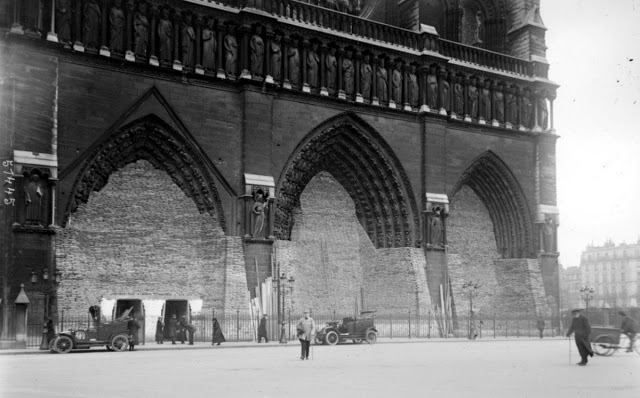 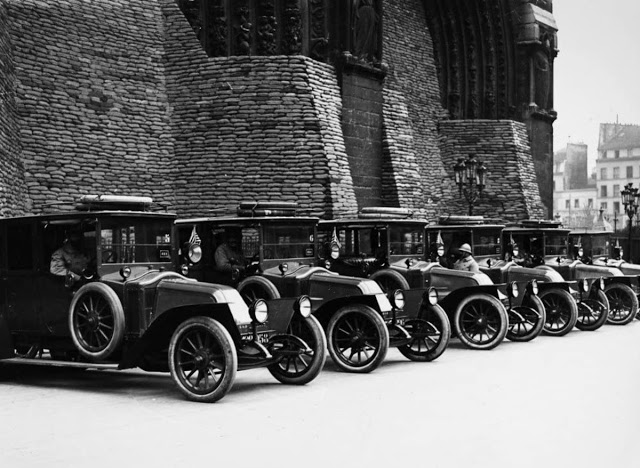 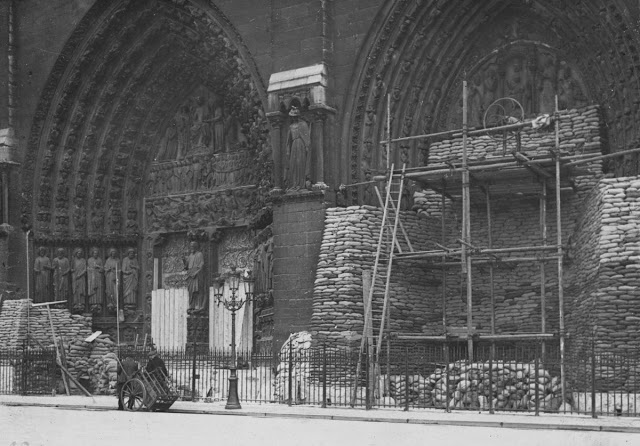