From Abraham Lincoln’s wrestling career to the killer habits of cats, these interesting random facts will leave your brain in pieces.

Abraham Lincoln is in the National Wrestling Hall of Fame, having lost only once in more than 300 matches.Public Domain

It costs the U.S. Mint almost twice as much to mint each penny and nickel as the coins are actually worth. Taxpayers lost more than $100 million in 2013 just because of the cost it took to make the coins.Public Domain

The Earth is actually farthest from the Sun during summer (in the Northern Hemisphere). Wikimedia Commons

Albert Einstein and Charles Darwin both married their cousins.Wikimedia Commons

Tongue prints are as unique as fingerprints. Public Domain

About eight percent of men in 16 populations spanning Asia are related to Genghis Khan.Wikimedia Commons

Humans did not evolve from chimps or any other extant primates, but instead, chimps and humans evolved from the same, now extinct, common ancestor. Wikimedia Commons

The longest time between two twins being born was 87 days.Wikimedia Commons

Domestic cats kill between 1.4 and 3.7 billion birds and between 6.9 and 20.7 billion mammals every year.Wikimedia Commons

Light doesn’t always travel at the speed of light. In fact, it’s been clocked at speeds as low as 38 miles per hour.Public Domain

The Dance Fever of 1518 was a month-long plague of inexplicable dancing in Strasbourg (in present-day France), in which hundreds of residents danced continually for no apparent reason. Several danced themselves to death.Wikimedia Commons

A U.S. park ranger named Roy C. Sullivan held the record for being struck by lightning the most times, having been struck — and survived it — seven times between 1942 and 1977. He died of a self-inflicted gunshot wound in 1983.Wikimedia Commons

There are no words in the English language that rhyme with “wolf.”Wikimedia Commons

Humans have far more than five senses, with some scientists putting the number above 20.Wikimedia Commons

In 1923, a man named Frank Hayes won a steeplechase at Belmont Park in New York. Before crossing the finish line, he suffered a fatal heart attack, making him the first – and only – dead man to win a horse race. Wikimedia Commons

The first foreign-born samurai was named Yasuke and was of black African origin. Wikimedia Commons

A penny dropped from the top of the Empire State Building could not actually kill anyone. Wikimedia Commons

One of Richard Nixon’s favorite snacks was cottage cheese topped with ketchup.Wikimedia Commons

There are no bridges over the Amazon river.Wikimedia Commons

German doctors were the first ones to link smoking and lung cancer. As a result, the Nazis initiated the first government anti-smoking campaign in modern times.Wikimedia Commons

Physicist William Higinbotham worked on the first nuclear bomb and what is thought to be the first video game ever, “Tennis for Two.”Wikimedia Commons

In 1993, San Francisco held a referendum over whether a police officer named Bob Geary was allowed to patrol while carrying a ventriloquist’s dummy named Brendan O’Smarty. He was.YouTube

Vatican City consumes the most wine per capita at 74 liters per citizen per year.Wikimedia Commons

Ducks can keep their eyes open underwater due to a third, sideways eyelid.Wikimedia Commons

The largest living organism on Earth is a giant fungus. Wikimedia Commons

Sunsets on Mars are blue. NASA

There is no added danger in waking a sleepwalker.Wikimedia Commons

The head of Columbia Studios once threatened Sammy Davis Jr. with the Mob to prevent him from marrying a white woman.Wikimedia Commons

Detroit once gave Saddam Hussein a key to the city.Wikimedia Commons

“Stewardesses” is the longest word able to be typed using only the left hand.Wikimedia Commons

Although Donald Trump is the 45th president, he is only the 44th person to be president. That’s because Grover Cleveland served two non-consecutive terms as the 22nd and the 24th president.Wikimedia Commons

Bats are not actually blind.Wikimedia Commons

The first “breast implant” surgery occurred in 1895 and was perfumed by Dr. Vincenz Czerny.Getty Images

The film Pearl Harbor cost as much as the actual rebuilding of Pearl Harbor and lasted an hour longer than the attack.Wikimedia Commons

Gunpei Yokoi, the inventor of the Game Boy was originally the janitor at Nintendo.Wikimedia Commons

After his death, Napoléon Bonaparte’s penis was removed from his body during autopsy, displayed at a museum, and eventually sold for $2,700 in the 1970s.Public Domain

You can tell what color a chicken’s egg will be by looking at its earlobes.Public Domain

The longest-serving prisoner is U.S. history was Paul Geidel, who served 68 years and 245 days between 1911 and 1980 for second degree murder. He was released at age 86.Public Domain

Your largest organ is actually outside of your body — it’s your skin.Public Domain 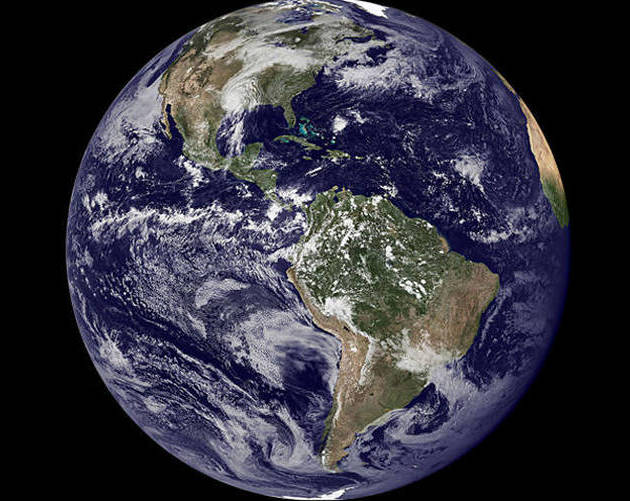 If you’re looking for a fact or two to impress all of your friends, look no further. These interesting random facts will teach you everything you never knew about animal eyeballs, incestuous historical figures, Betty White, Abraham Lincoln’s wrestling career, and maybe even your own body.

And you may also find that you’ve been wrong about plenty of things you only thought you knew. Like that old saying “blind as a bat”? Is it actually true or not? And has anyone ever told you that if you drop a penny from the top of the Empire State Building, it could kill whoever it lands on? Well, let’s find out for real.

Explore these topics and others in the collection of interesting random facts above.

After checking out these interesting random facts, have a look at 100 interesting facts about the world and 99 fun facts perfect for trivia night.