When Annette Kellerman stepped out onto Revere Beach, Massachusetts in 1907 wearing a one-piece bathing suit that ended in shorts above her knees, her legs caused a scandal. Police were called, and she was arrested for indecency. 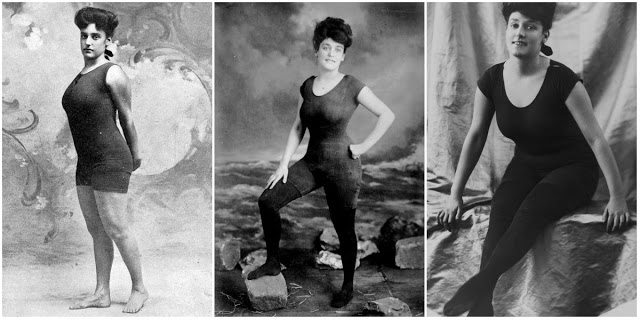 Those legs had also made her famous: The Australian swimmer held all the world records for women’s swimming in 1905. She was a vaudeville star with an act full of high dives and underwater ballet. Newspapers hailed her as “The Original Mermaid.’’

But Victorian-era vacationers didn’t care to feel the sea or sun on their skin. In the early 1900s, women waded into the water in black, knee-length, puffed-sleeved wool dresses worn over bloomers with long black stockings, bathing slippers, and even ribboned swim caps. Kellerman may have been thoroughly covered, but to her fellow bathers, she may as well have been naked.

“Me, arrested!” Kellerman said in a 1953 Boston Sunday Globe article recalling the 1907 incident. “We were all terribly shocked, especially my father, for I was his innocent protected little girl. But the judge was quite nice and allowed me to wear the suit if I would wear a full-length cape to the water’s edge.”

“My arrest in Boston, which hit the headlines in America, was really a mistake, too,’’ Kellerman said. “I was scheduled for a 13-mile meet in Boston and went to Revere Beach to train. There were ladies there in the fantastic beach costumes of the time, dresses, underwear, corsets, shoes complete to two antimacassars on their heads.” 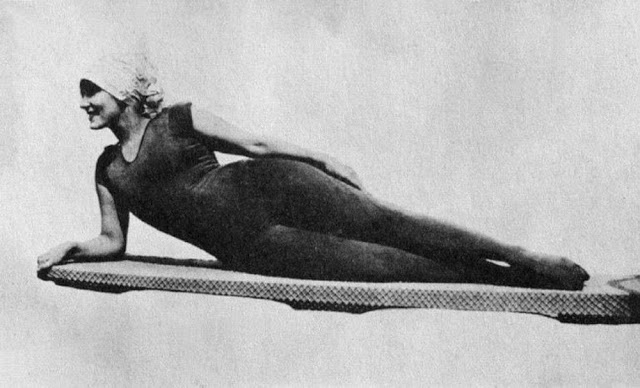 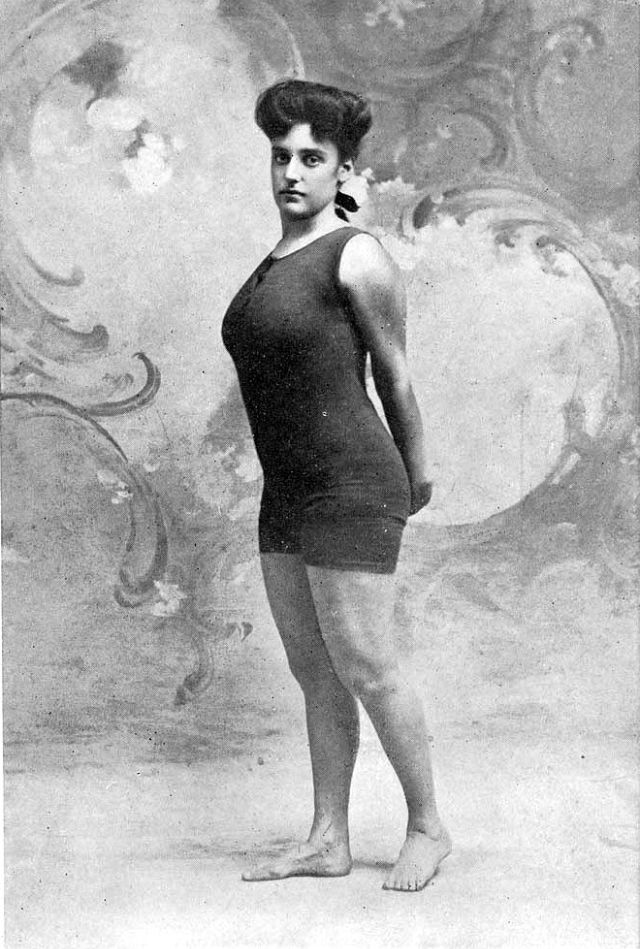 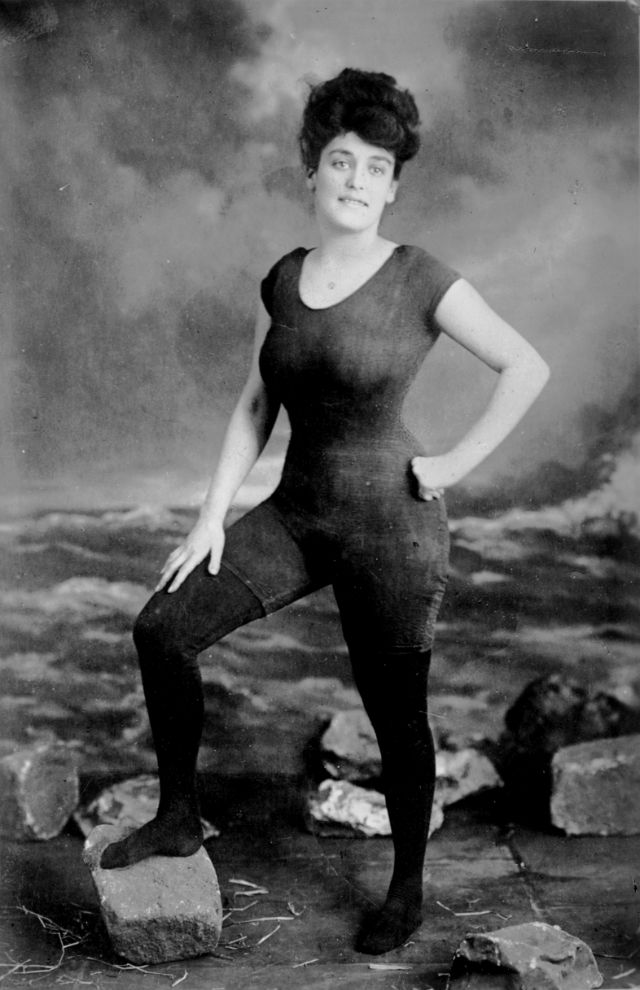