“The object of the Handlebar Club was, and still is, to bring together mustache wearers (beards being strictly prohibited) socially for sport and general conviviality.”

We take off our hat to – the members of the Handlebar Club, for their determined co-operative self-denial in the use of the razor.
The first public announcement of the Handlebar Club was on April 17, 1947, when an item appeared in the News Revue under the heading “The Smashers’ Club”. It was based on a press release produced by Windmill Theatre comedian Jimmy Edwards. Its flowing mustachio appeal is directed primarily to serving and ex-members of the Forces, particularly those of the Prune school. Readers will remember his loose brushlike appendage.
The London Handlebar Club, which in the 1940s offered a safe space for those who sported exuberant whiskers. At meetings, members shared tips for preventing an upsweep (clip-on weights!) and dealing with a mustache misshapen from sleep (sleep on your back, not your face). One particularly troublesome ailment was the “Boozer’s Droop,” a side effect of “too much immersion in alcohol during the mustache’s early development.” The cure? “Stop drinking. Short of that, shave.”
Many of the founder members are former R.A.F. men; including famous personalities. The President is Raymond Glendenning, B.B.C. commentator. Bill Hooper created the wartime character Percy Prune. Other members include – Captain Hare; Allan Edwards; Raymond Glendenning; George Hoffman; Baron de Bere; Anita d’Ray; Bill Hooper; H. Lestocq; Jimmy Edwards; Russ Allen; and Founder Frank Muir, of the B.B.C. 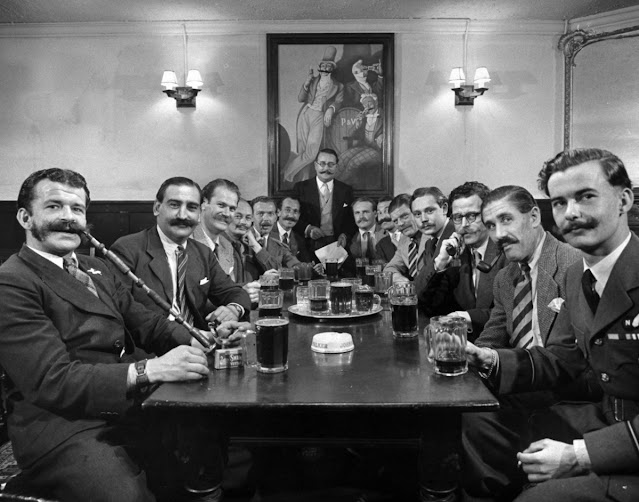 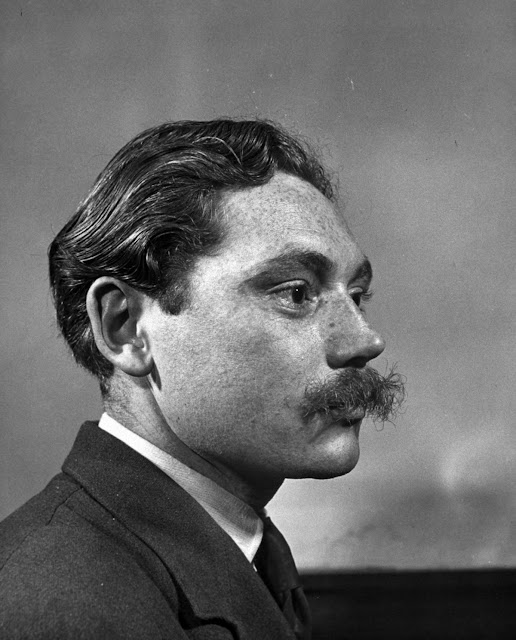 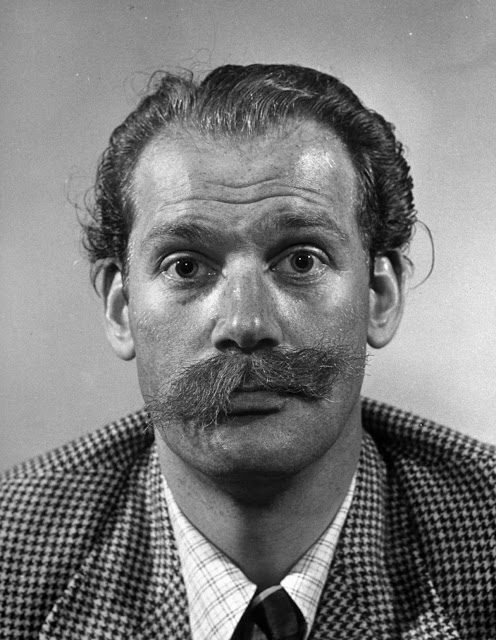 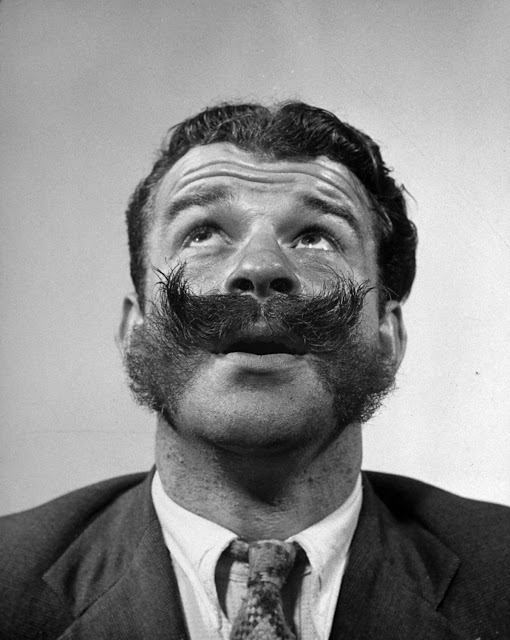 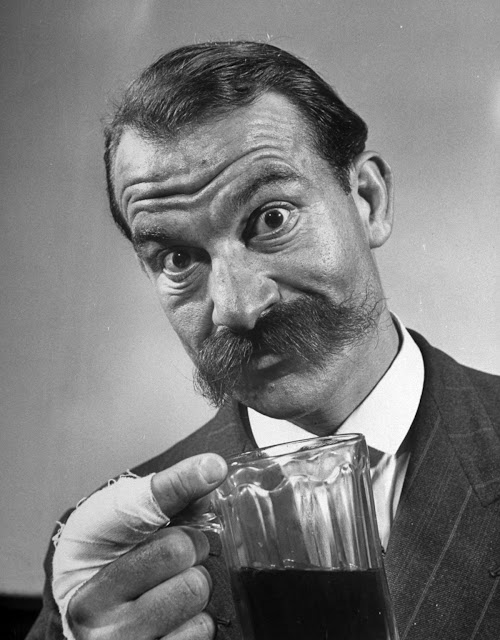