Hula is a 1927 American silent romantic comedy film directed by Victor Fleming, and based on the novel Hula, a Romance of Hawaii by Armine von Tempski. The film stars Clara Bow and was released by Paramount Pictures. 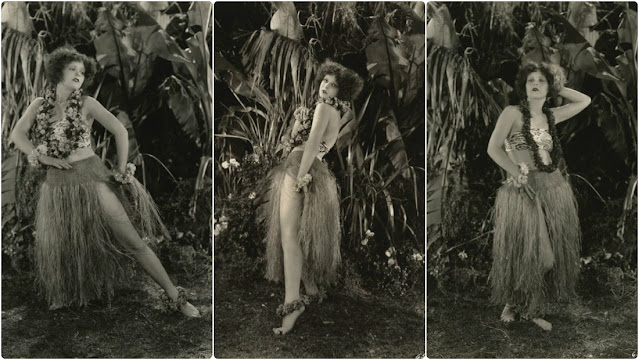 In the opening scene of the film, Hula is shown swimming nude in a stream, and later is wearing pants and articulates her sexual desires. Similar to Sadie Thompson (1928), the film depicts a modern woman who is located outside the bounds of American civilization and thus able to act in an “uncivilized” manner like natives who live on the islands.
Here is a set of vintage photos that shows portraits of Clara Bow during the filming of Hula in 1927. 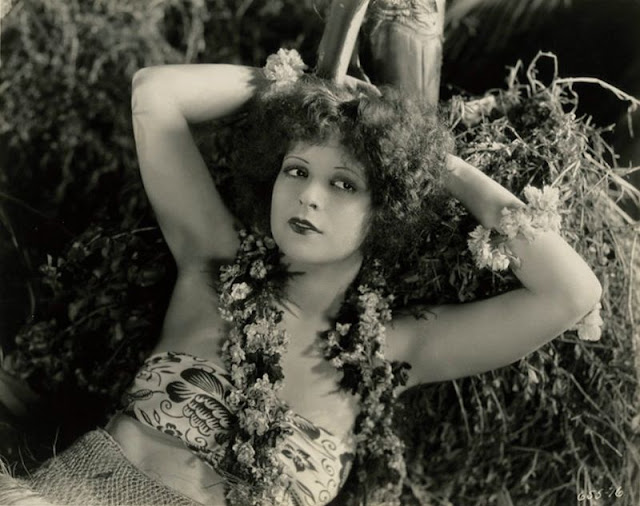 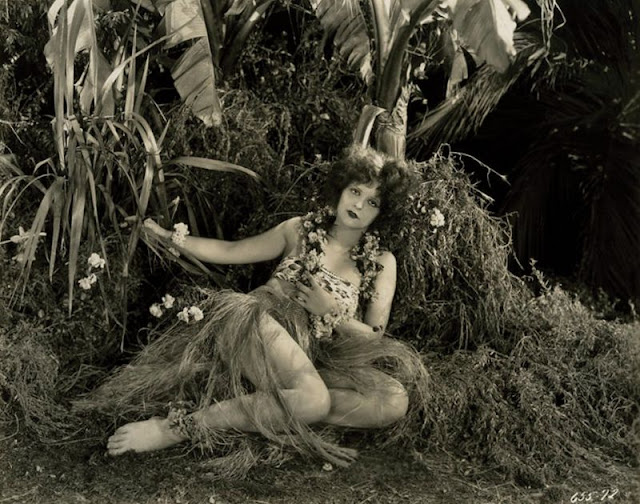 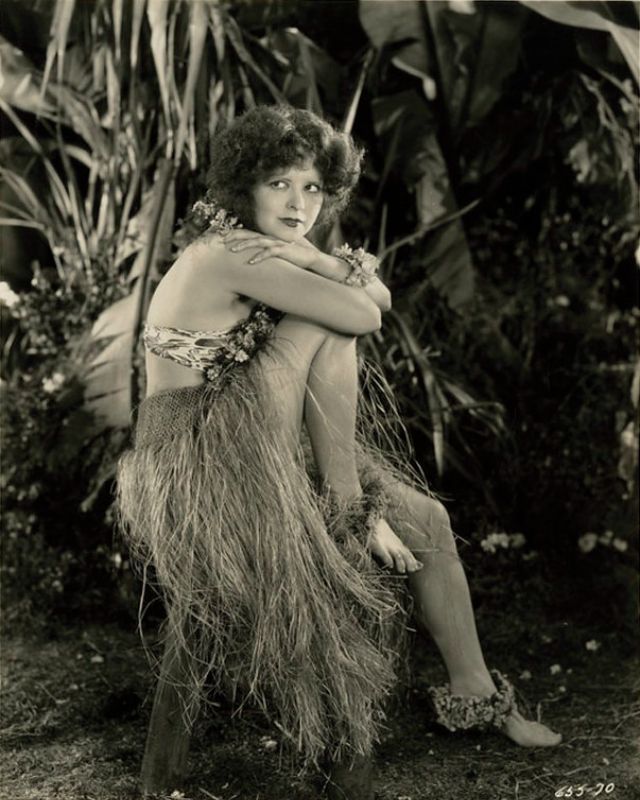 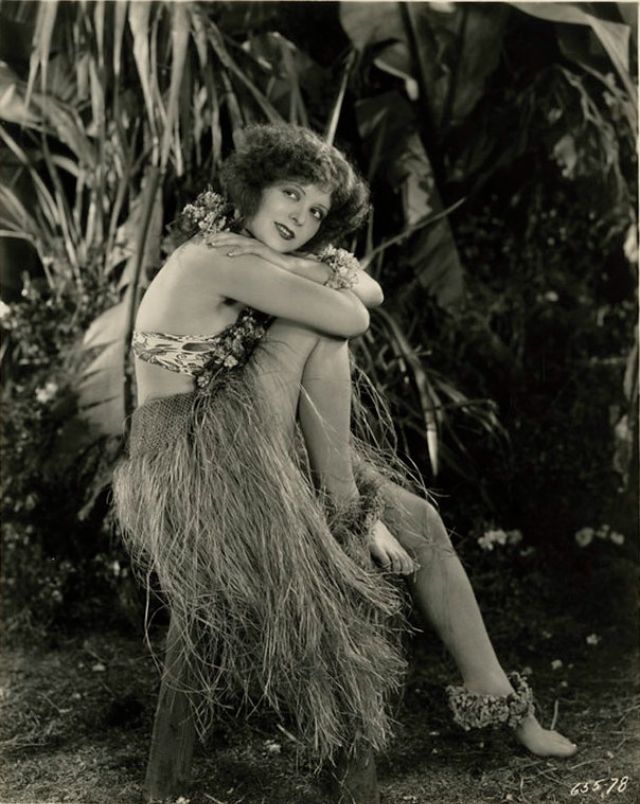 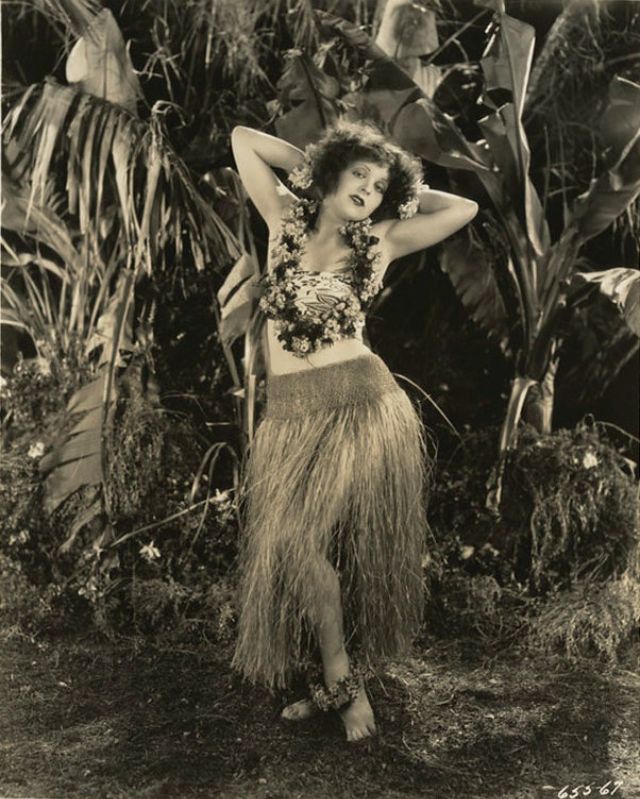