Pigeon Hole Parking came to Portland with the wave of parking-lot mania that swept the city in the 1950s. This one, at SW Stark and Park, lasted until the mid-60s when it was moved two blocks south to SW 9th and Alder. Like many of these parking systems, it was plagued by bad electrics that would strand cars until repairs could be made. The Stark and Park site is still a surface parking lot.

The Pigeon Hole Parking corporation prospered in 1950-1958 under the direction of the Sanders brothers with Vaughn serving as president and general manager and Leo as vice-president in charge of engineering. They were considered one of the leaders in the field of mechanical parking, having sold sixty units in the United States, Canada, and Venezuela.

And to their credit, there are still units in operation today. 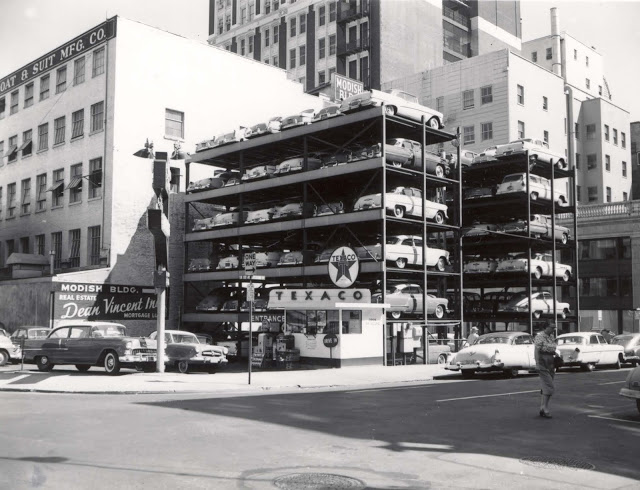 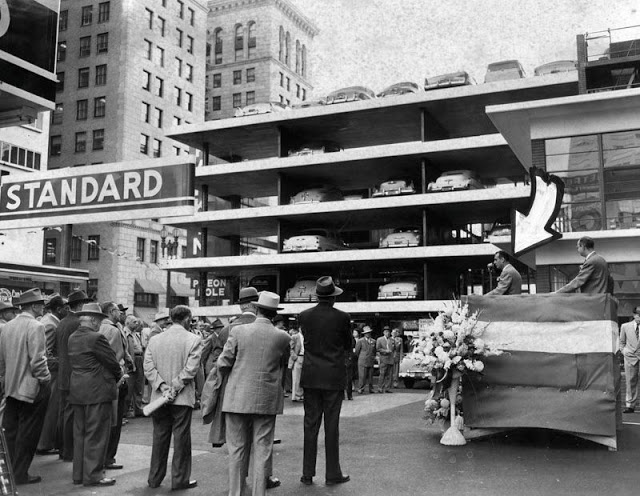 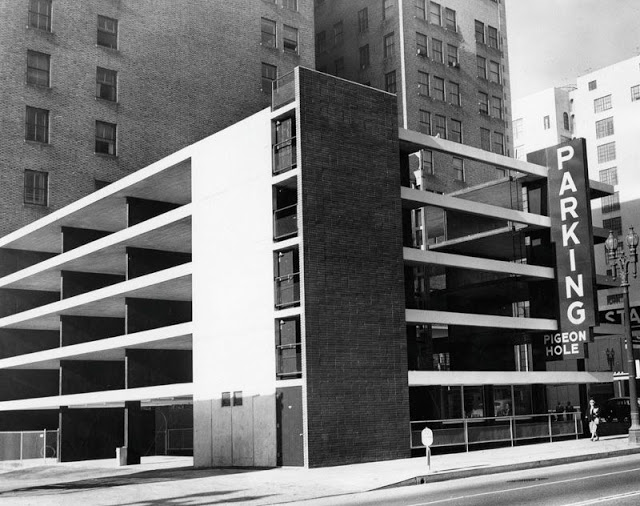 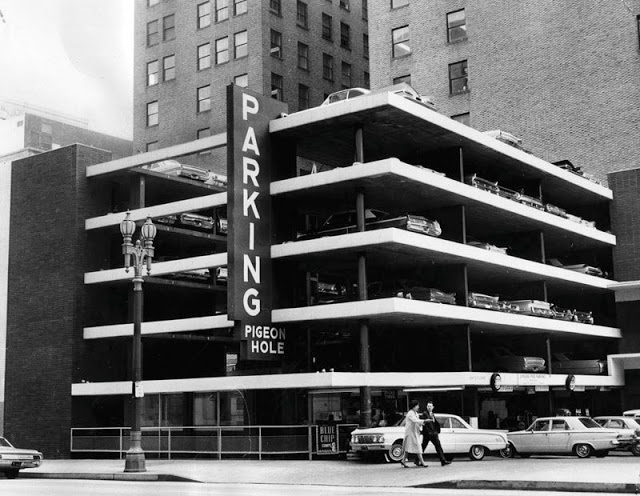 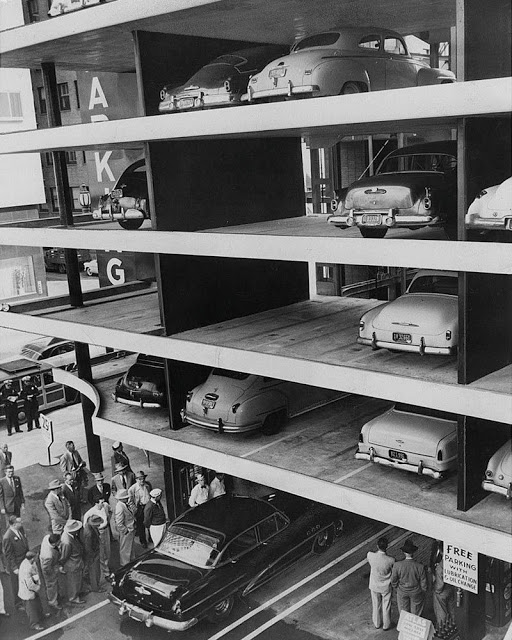 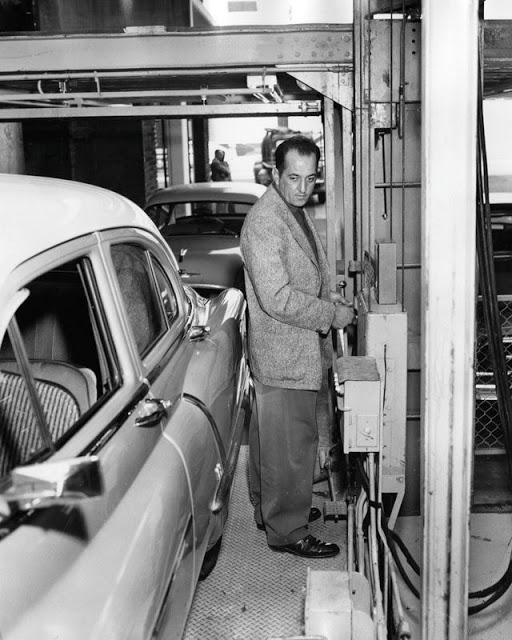 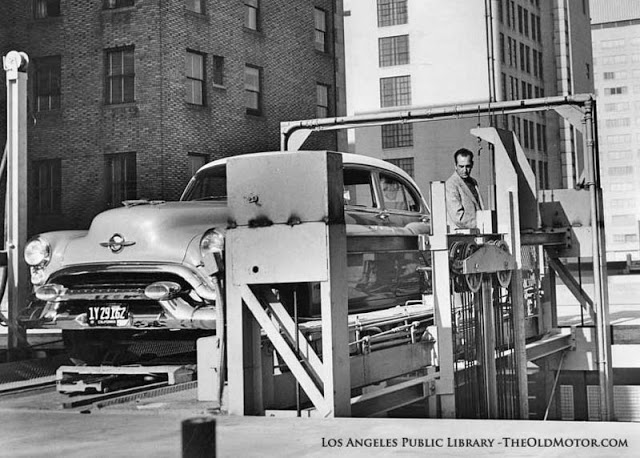