There are lots of theories about why pigs are a symbol of good luck, ranging from pigs being able to feed your family, to boars being the centre of a bulls eye, to losers being awarded a piglet as a consolation prize in the middle ages. 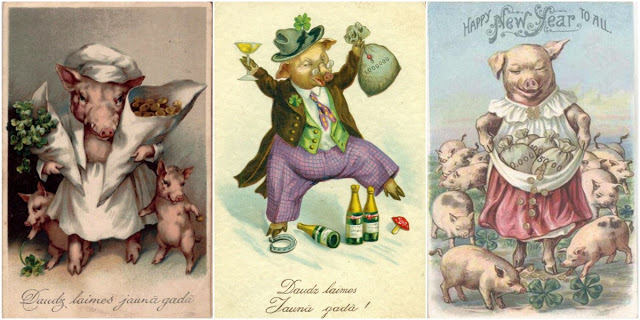 In a lot of Teutonic (old German) and Scandinavian traditions, pigs represent good luck and prosperity. That’s why you’ll see them with four leaf clovers and a lot of bags of gold or coins. The idea is basically wishing you a prosperous New Year.
Candy in shapes of pigs symbolizes wishes of prosperity and luck. Marzipan pigs are sold in the thousands every December in Northern Europe.
As the old Irish saying goes; “The pig is the gentleman who pays the rent”. In Norwegian the term “heldiggris” is very common, it literally translates to “lucky pig”. In Germany they say “Glücksschwein”, which translates to “lucky pig” too.
Pig decorations and illustrations on good luck and best wishes cards are common in Germany. This is especially true around New Year. 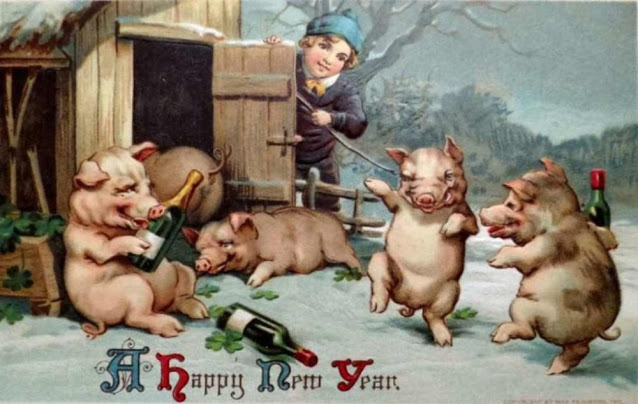 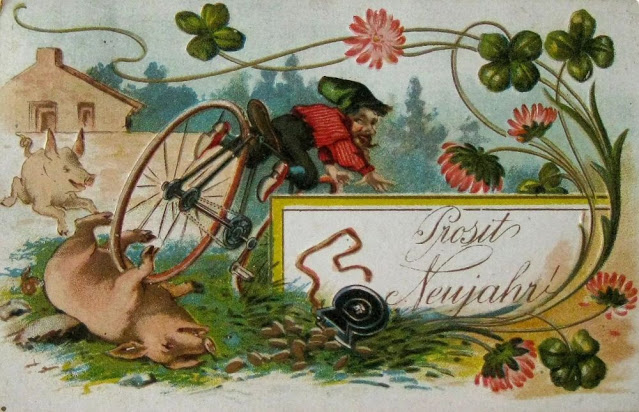 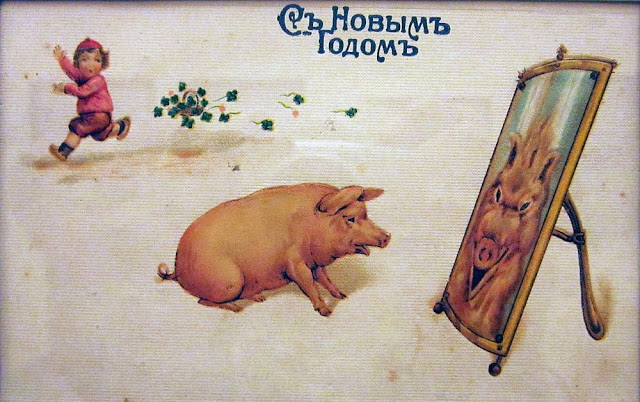 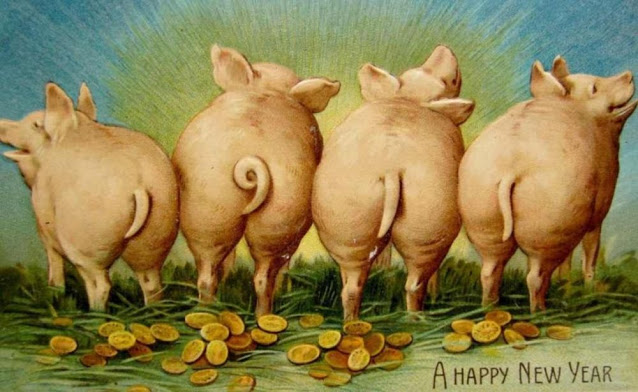 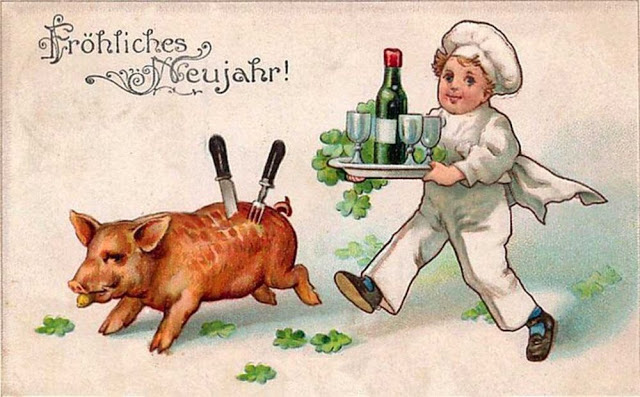