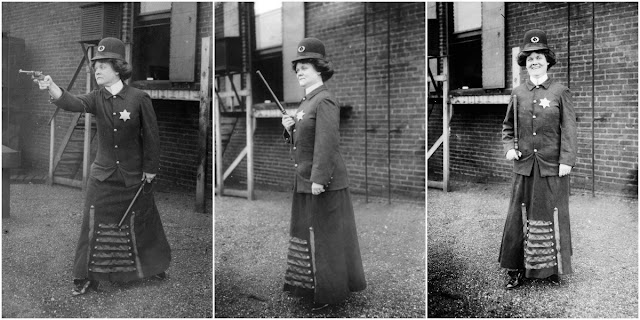 In 1854, the first police matrons were hired by New York City to search and guard female prisoners, but they were civilians with no law enforcement powers. From this beginning, women became encouraged to apply for similar positions in various parts of the United States.
In 1910, the Los Angeles Police Department appointed the first regularly rated policewomen, Mrs. Alice Stebbins Wells. Her appointment refuted the popular notion of matrons as being masculine and not very bright, because she was a college graduate, a social worker, and had deliberately sought the position of police officer.
Mrs. Wells soon became a pioneer in the national movement to have police departments hire women as officers. However, from the inception of this movement, women were hired by quotas and encountered discrimination, silent contempt, and double standards. Several court cases are discussed to illustrate the hurdles women had to fight to reach equality of employment in police agencies.
Today policewomen are involved in all aspects of police work. Cases in which policewomen have been prominent in various police departments are enumerated. 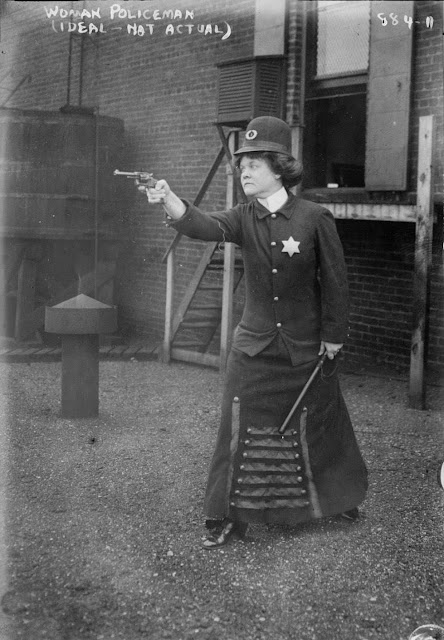 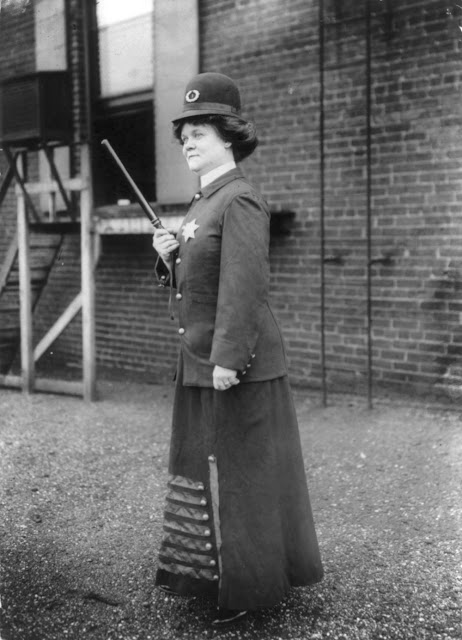 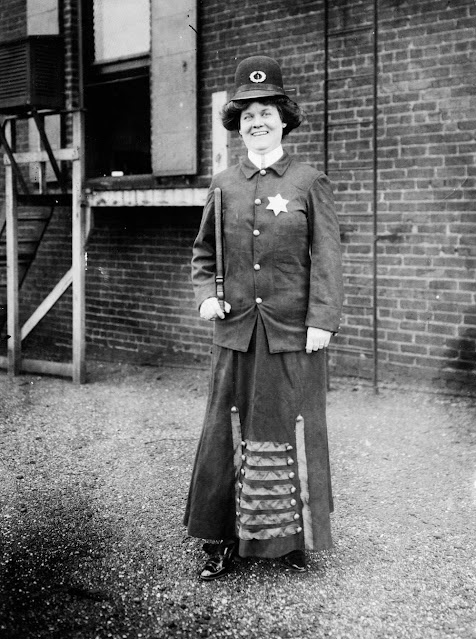