A pantsuit or pant suit, also known as a trouser suit is a woman’s suit of clothing consisting of pants and a matching or coordinating coat or jacket.

It was introduced in the 1920s, when a small number of women adopted a masculine style, including pantsuits, hats, canes and monocles. However, the term, “trouser suit” had been used in Britain during the First World War, with reference to women working in heavy industry.

Take a look at these snapshots to see women in pantsuits from the 1940s. 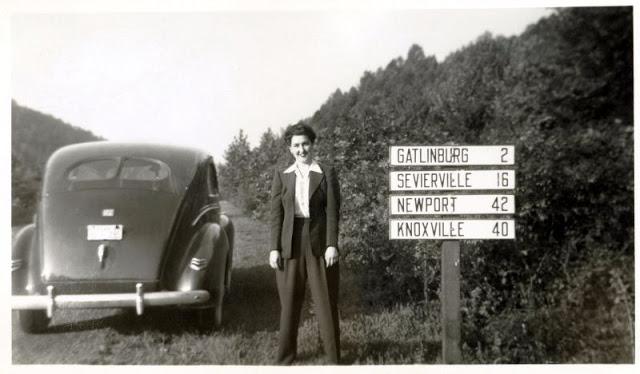 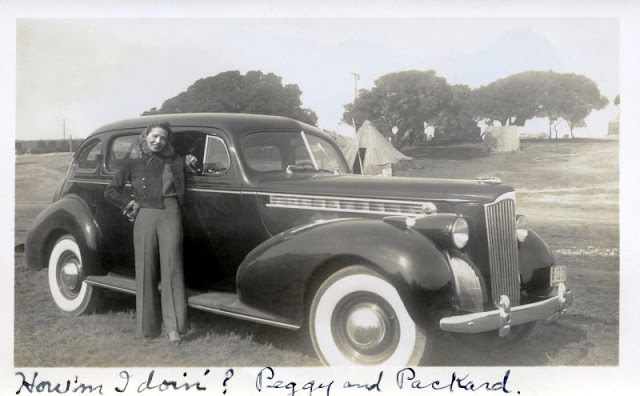 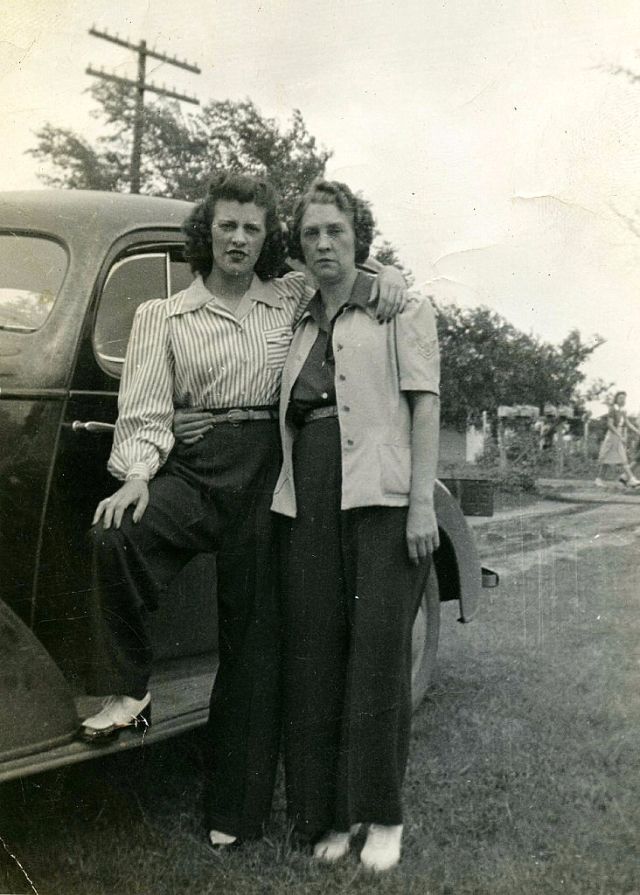 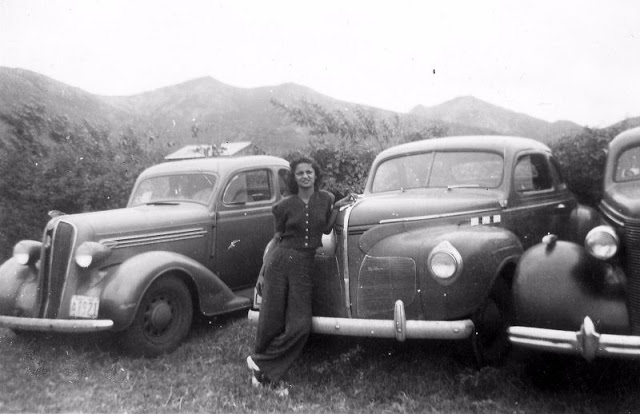 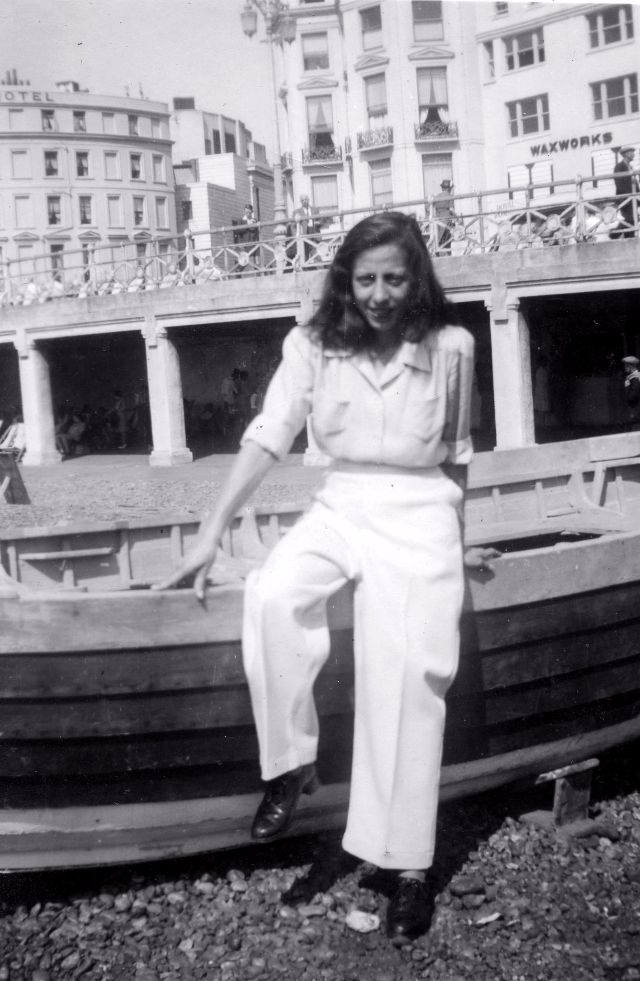 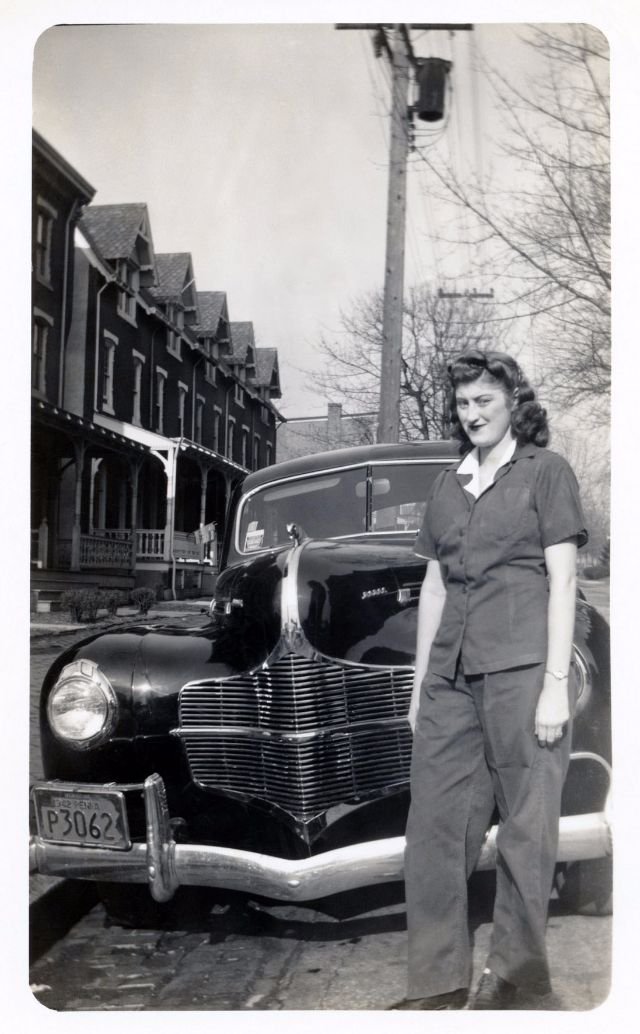 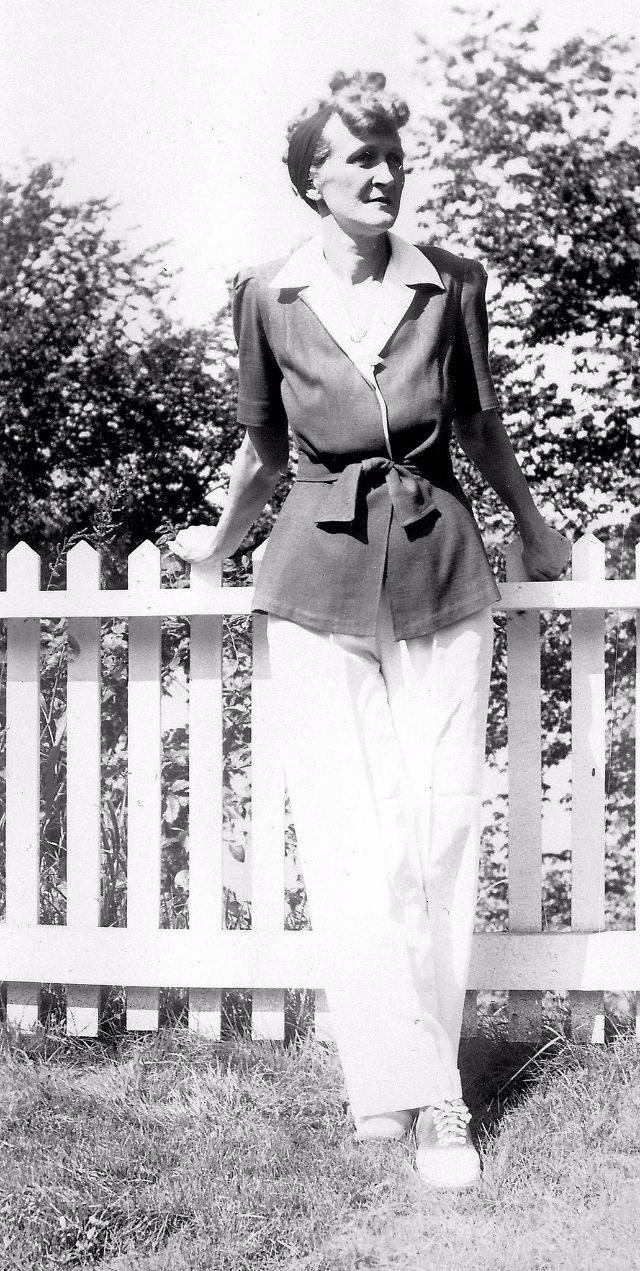 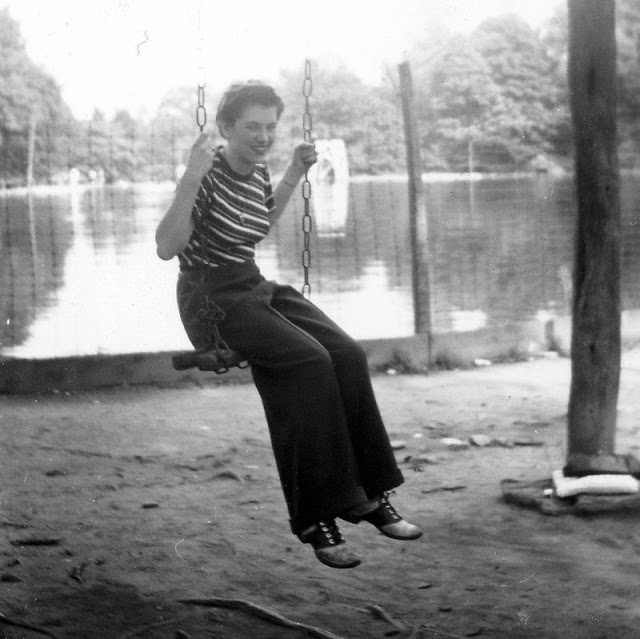 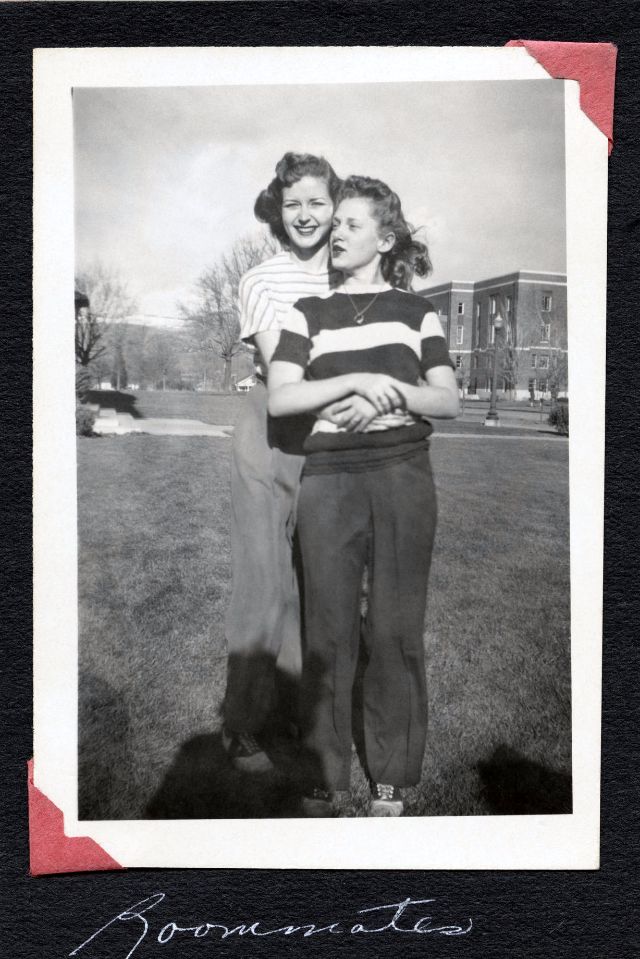 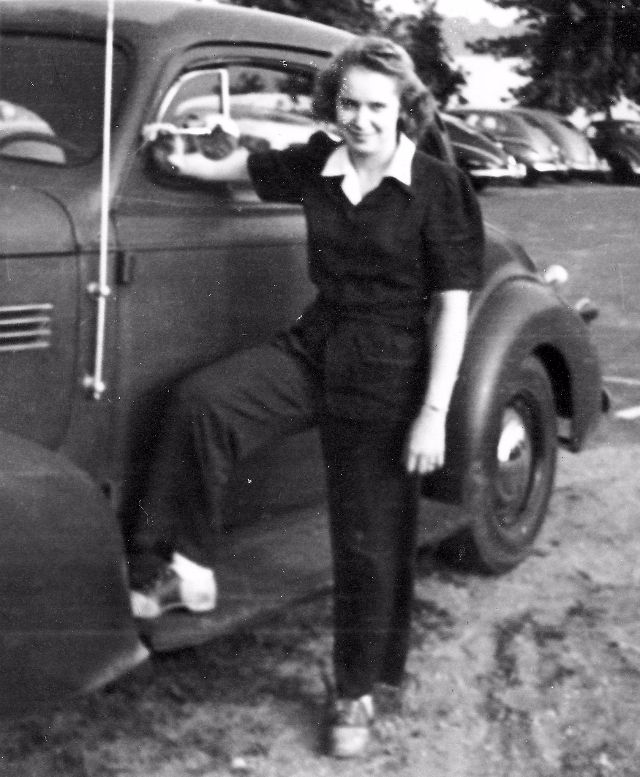 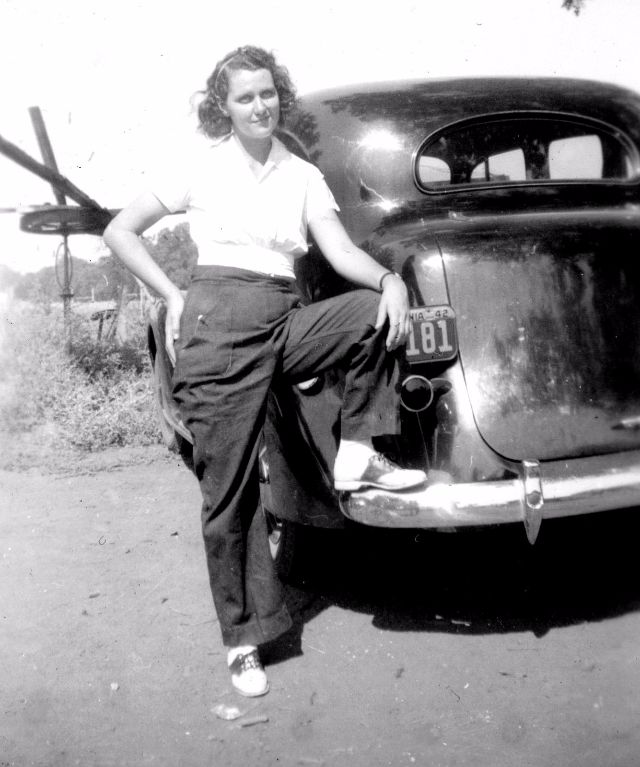 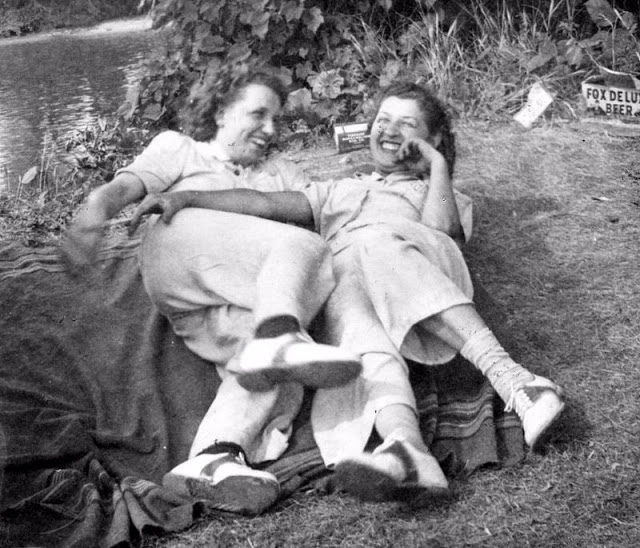 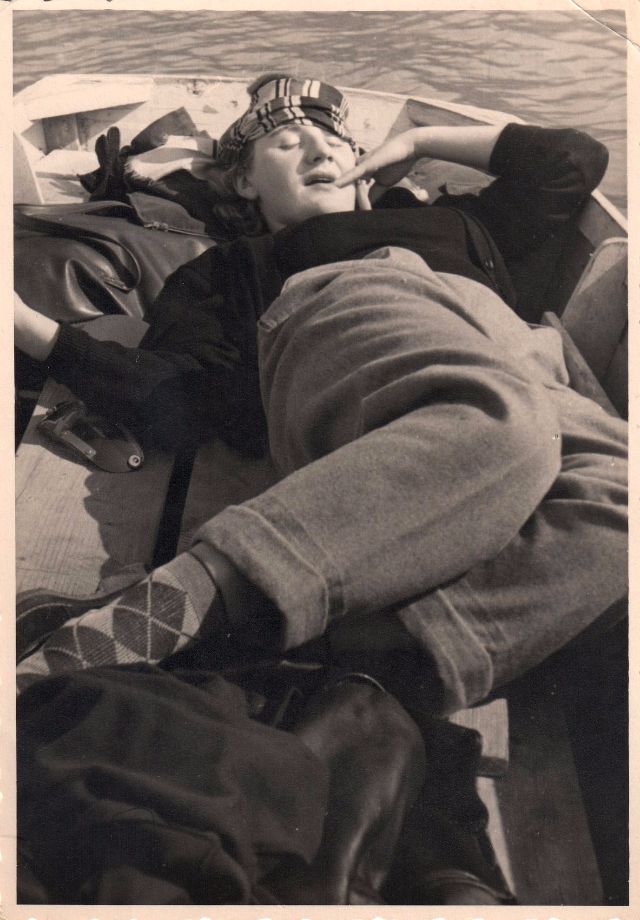 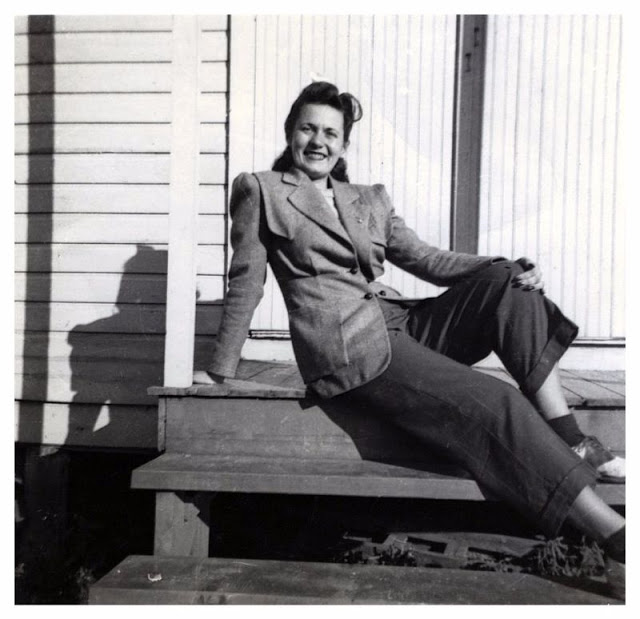 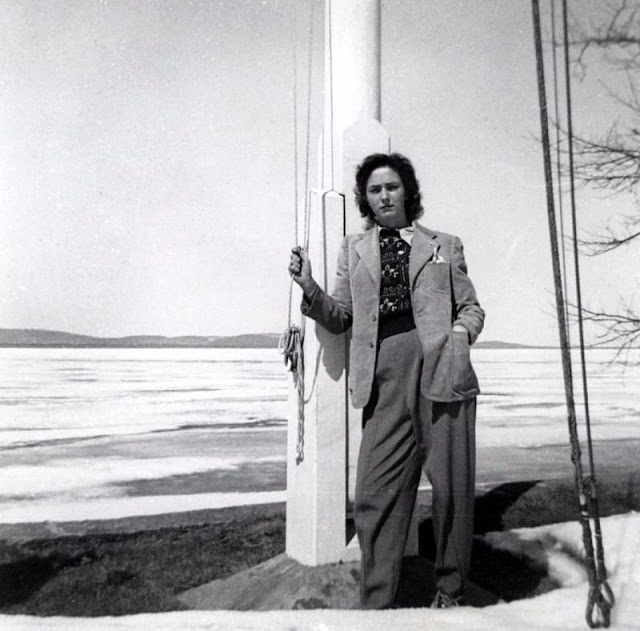 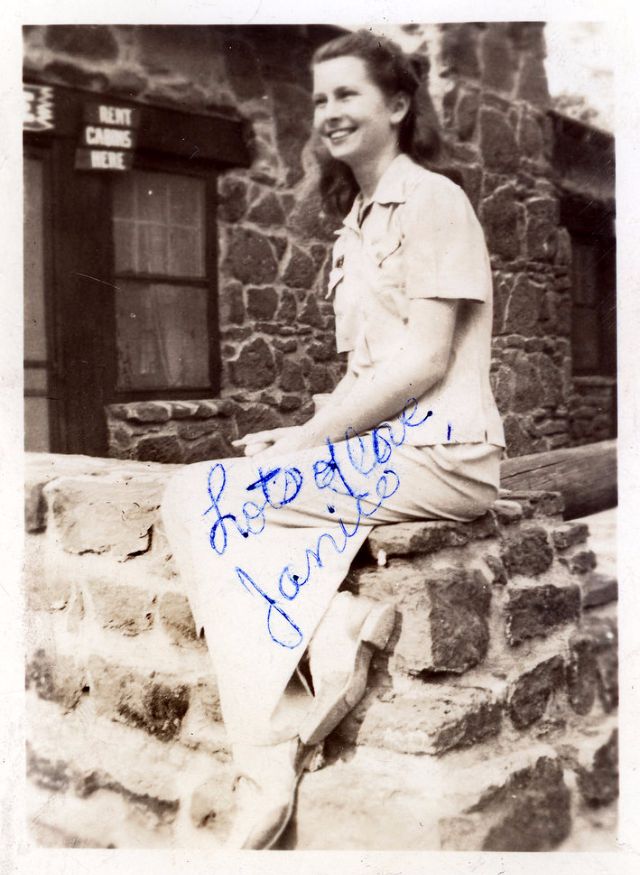 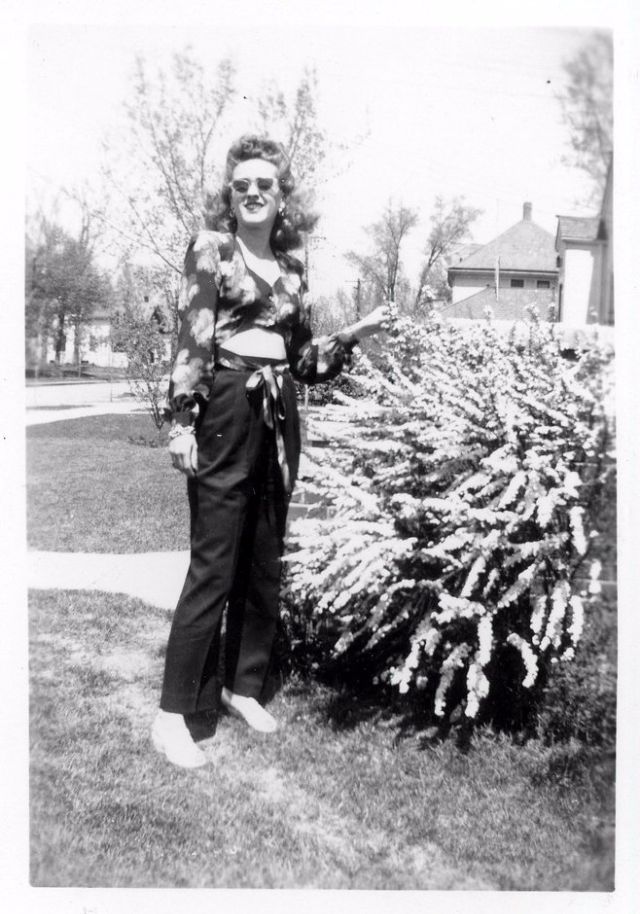 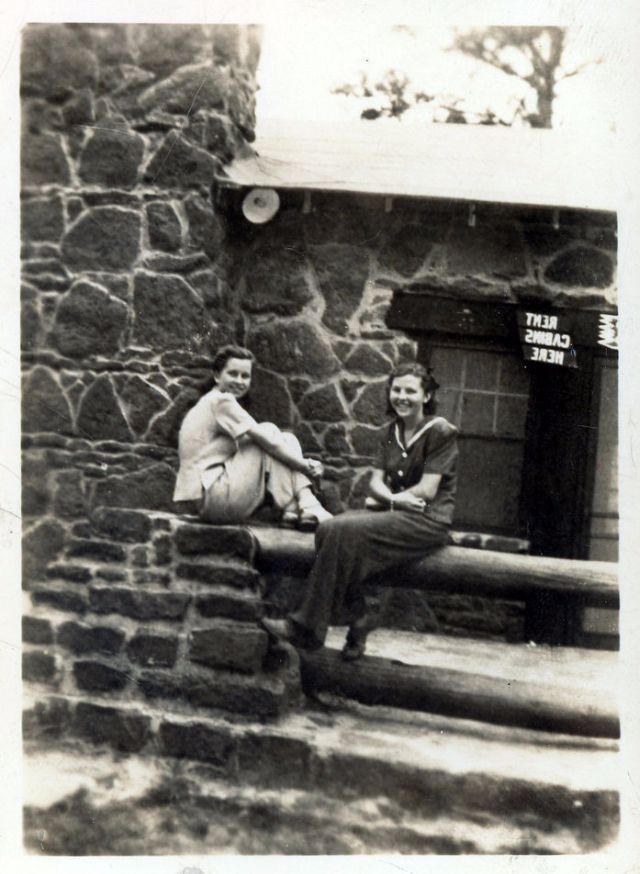 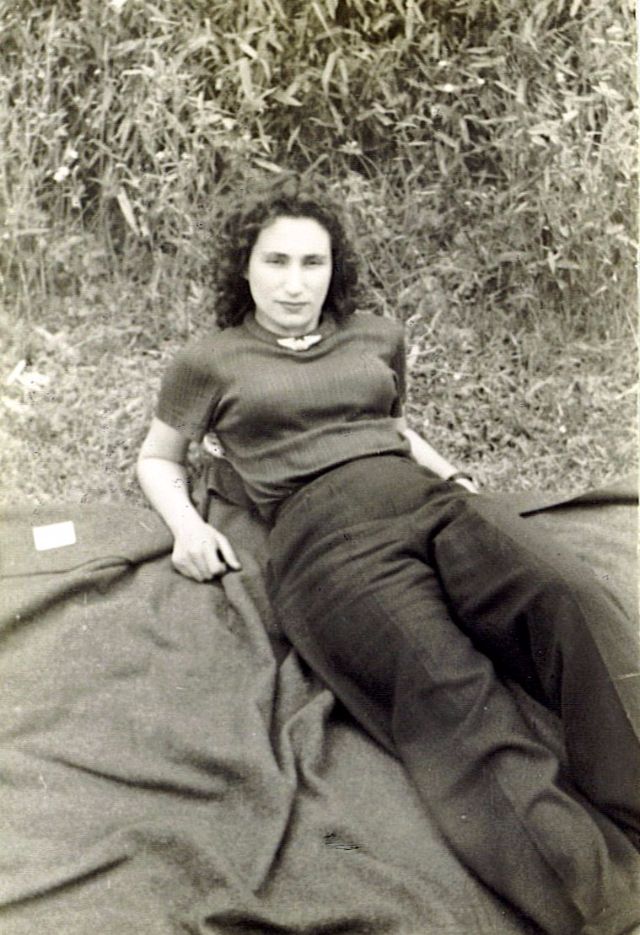 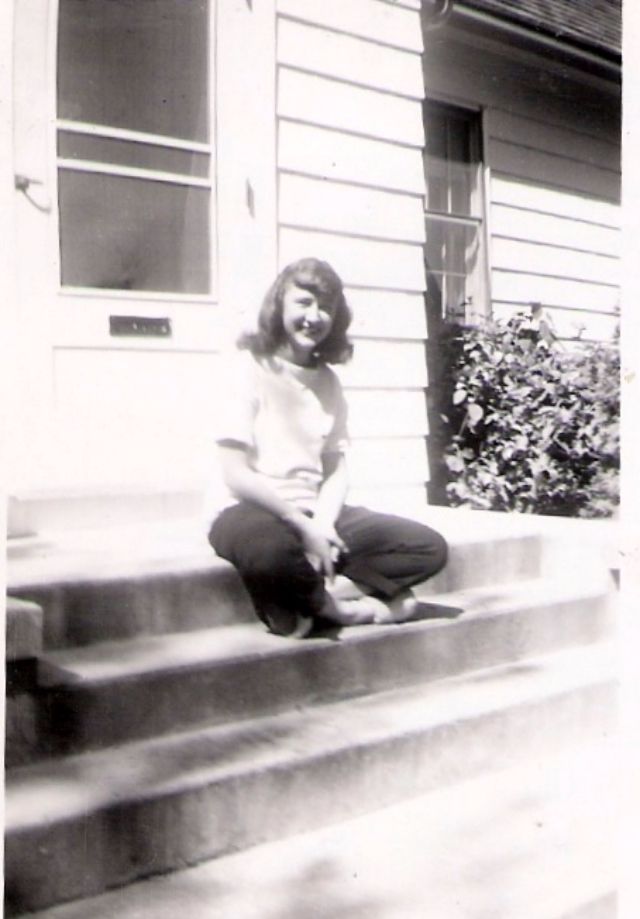 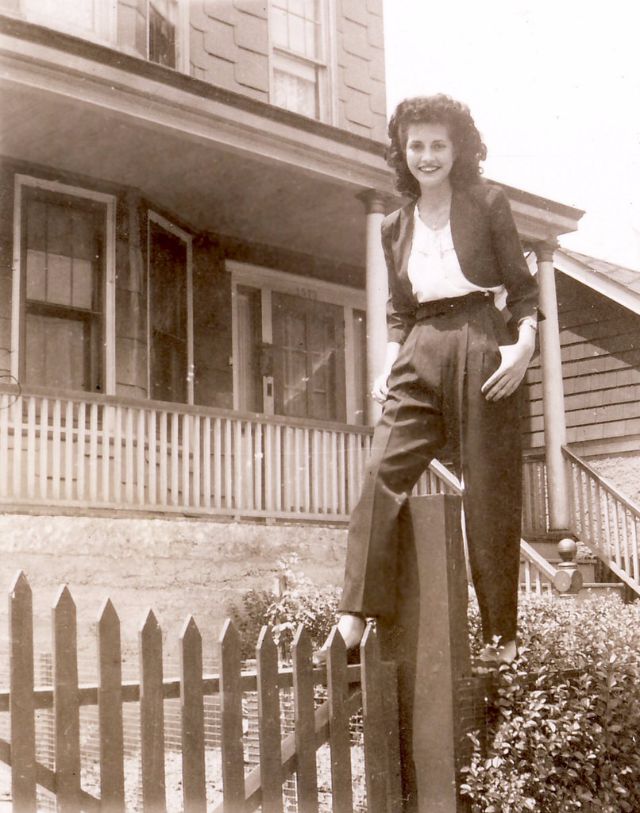 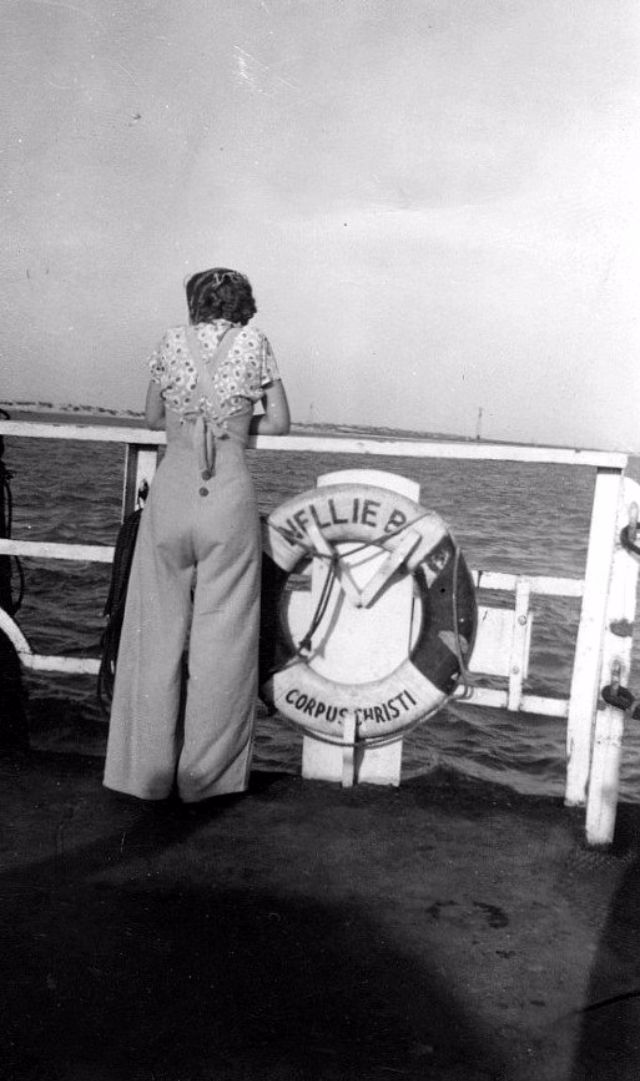 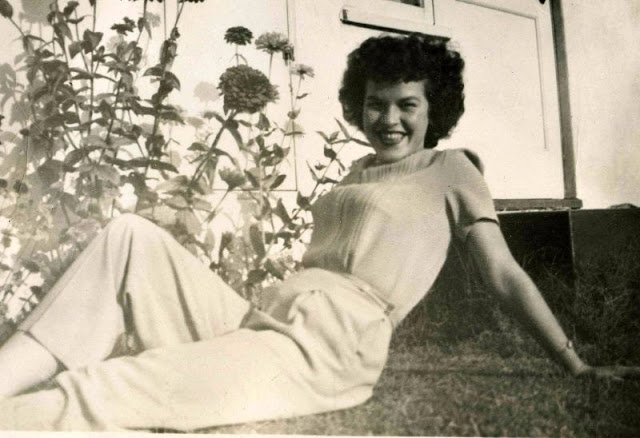 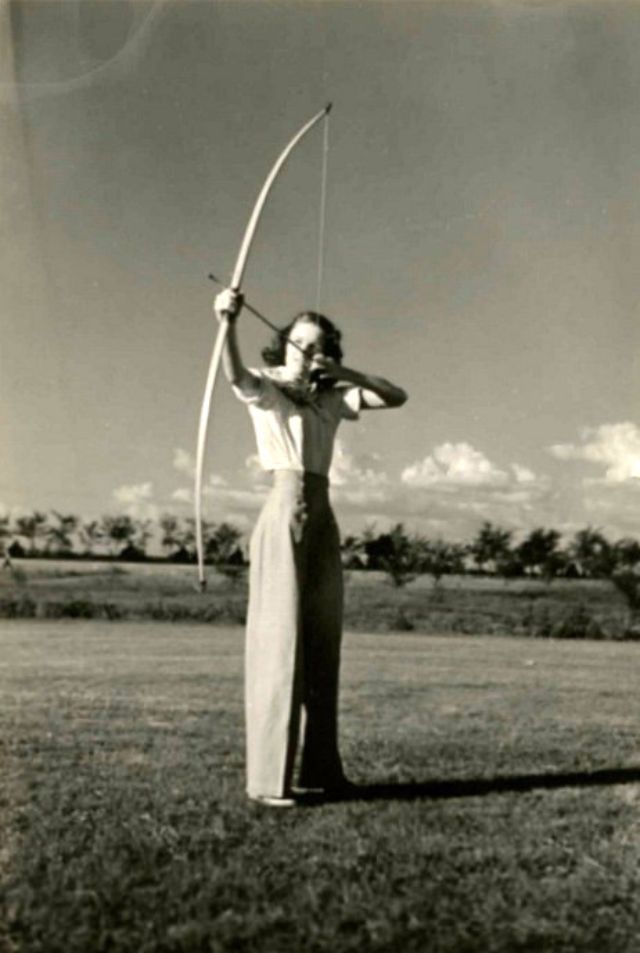 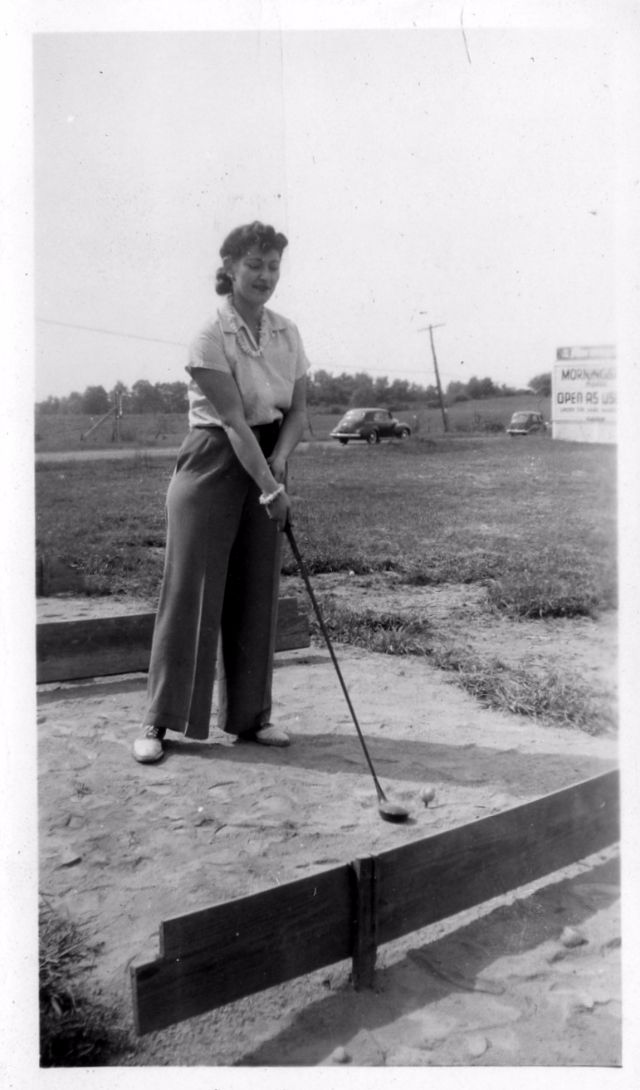 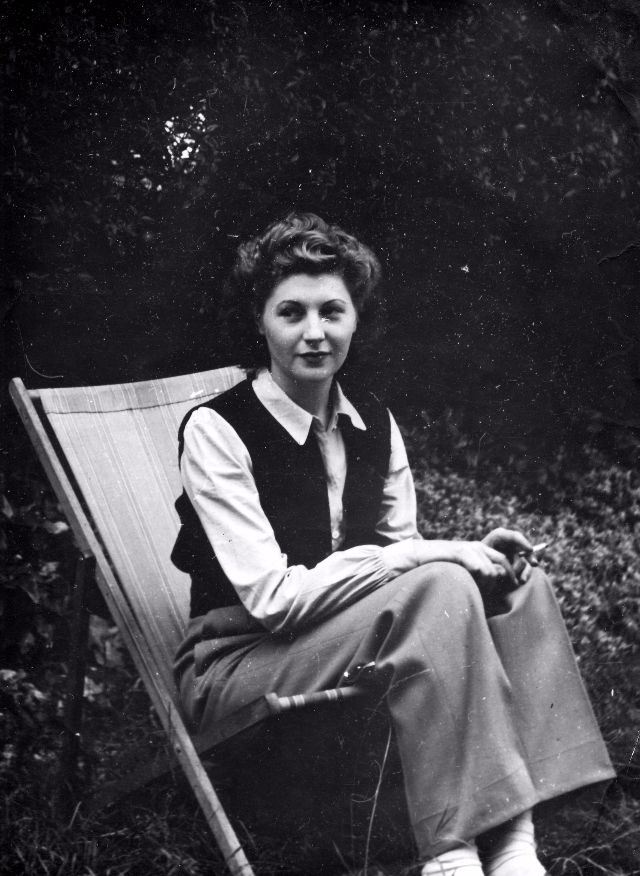 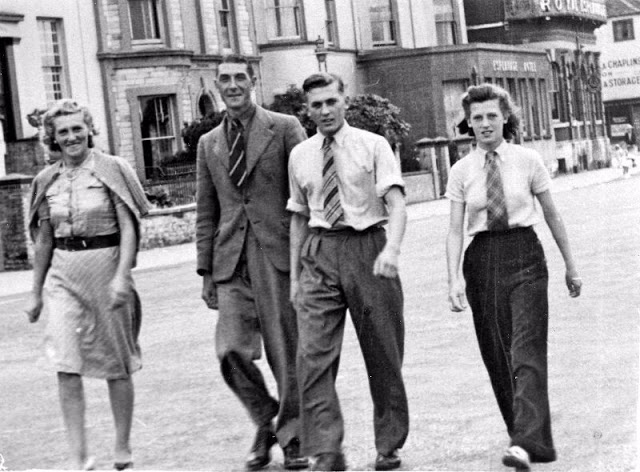