One of the most well-known fads of all time was the art of “telephone booth stuffing.” In taking part in this event, several students would squeeze themselves into a telephone booth, one after another, until no one else could fit in.

Telephone booth stuffing began as a popular fad in the late 1950s. It all started in 1959 in Durban, South Africa, when a group of twenty-five students crammed into a phone booth and sent a picture to the Guinness Book of World Records. The fun, lighthearted competition quickly spread to Britain, Canada, and eventually, America’s West Coast.

Some students in England went on diets as a method to achieve the highest efficiency for stuffing. When they found themselves unable to pile more and more friends into the booths, they began challenging other universities’ “credibility” because of supposed violations of “rules”. Some claimed all participants must keep their entire bodies within the booth, while others specified that someone inside was required to place a call.

The fad died out within a year in the United States but was reincarnated in the form of “Volkswagen Stuffing” a few years later and, in Britain, “Mini stuffing”. 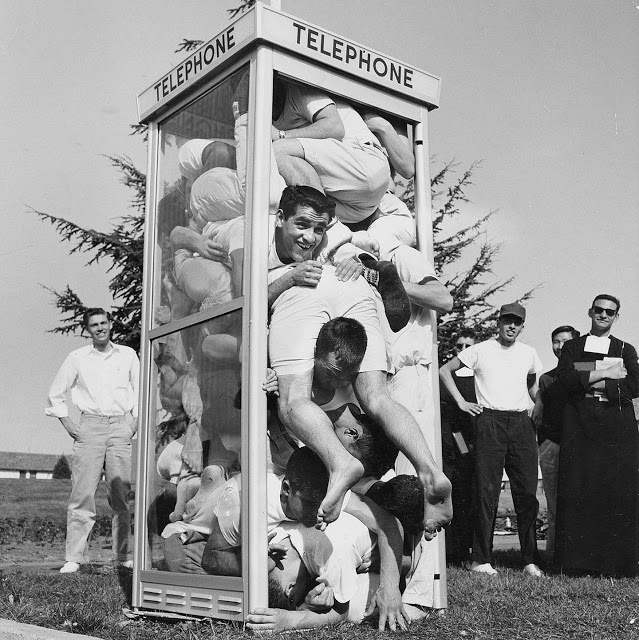 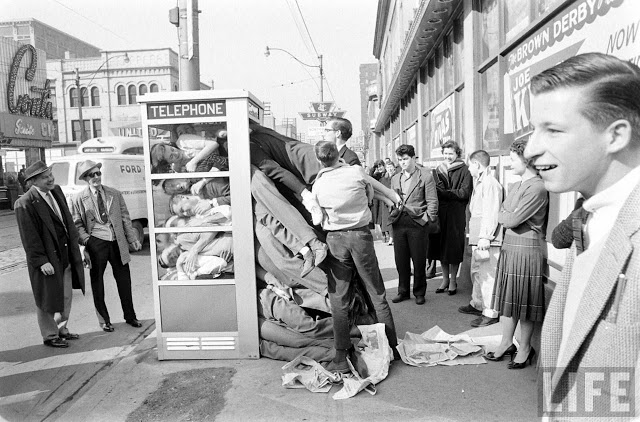 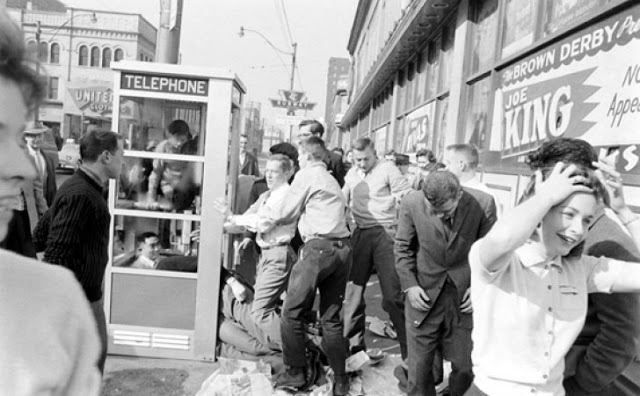 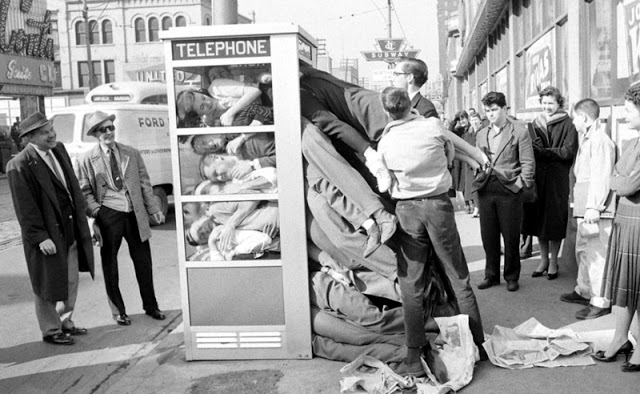 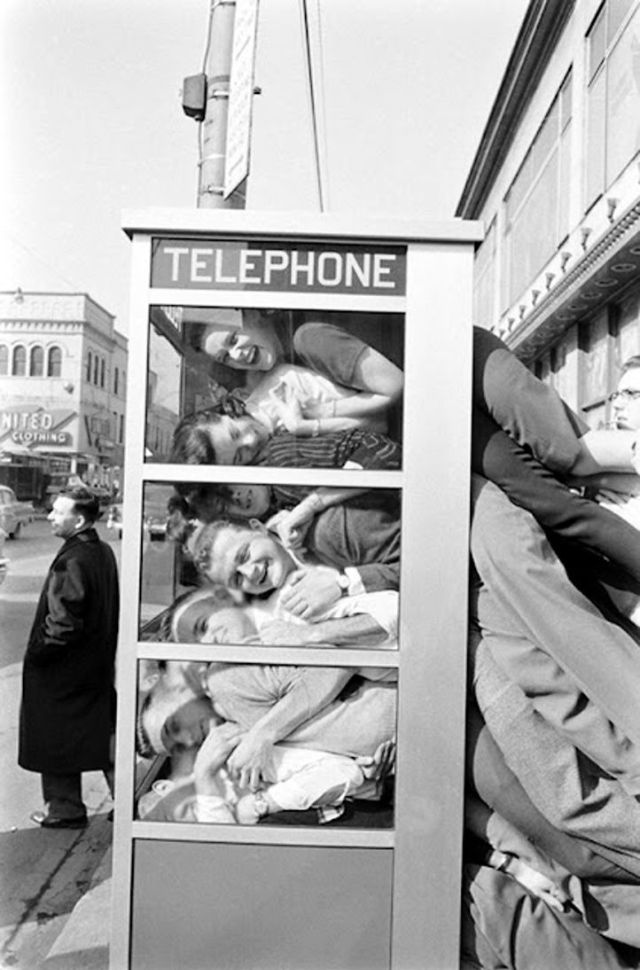