The lone Hawaiian surfer wearing the malo at Waikiki Beach carries one of the last Alaia surf board. The surfer was Charles Kauha. Frank Davey photographed Charles Kauha in 1898 in numerous poses, but none are of Kauha surfing. 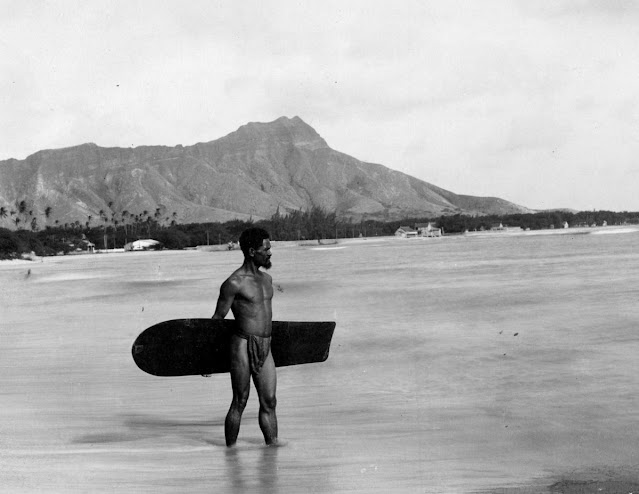 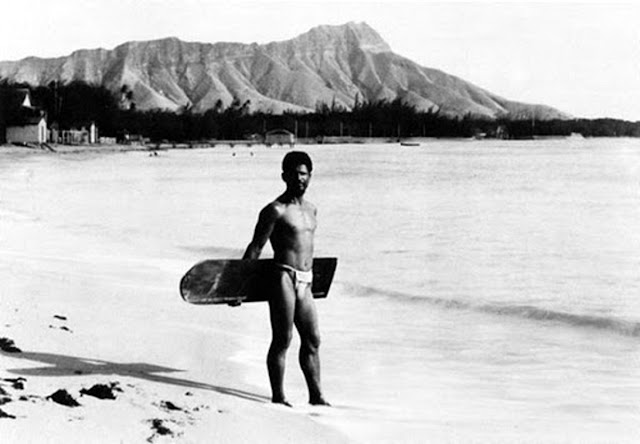 An alaia is a thin, round-nosed, square-tailed surfboard ridden in pre-20th century Hawaii. The boards were about 200 to 350 cm (7 to 12 ft) long, weighed up to 50 kg (100 lb), and generally made from the wood of the Koa Tree. They are distinct from modern surfboards in that they have no ventral fins, and instead rely on the sharpness of the edges to hold the board in the face of the wave.
The alaia’s roots span back a thousand years. Lala is the Hawaiian word describing the action of riding an alaia surfboard. Lala is a word found in the Hawaiian dictionary meaning “the controlled slide in the curl when surfing on a board.” Princess Kaʻiulani’s alaia board, measuring 7ft 4in long, is preserved at the Bishop Museum.