Had Leonarda Cianciulli’s life not been so muddled by superstition, curses, and Romani fortune tellers, she may never have murdered at all. 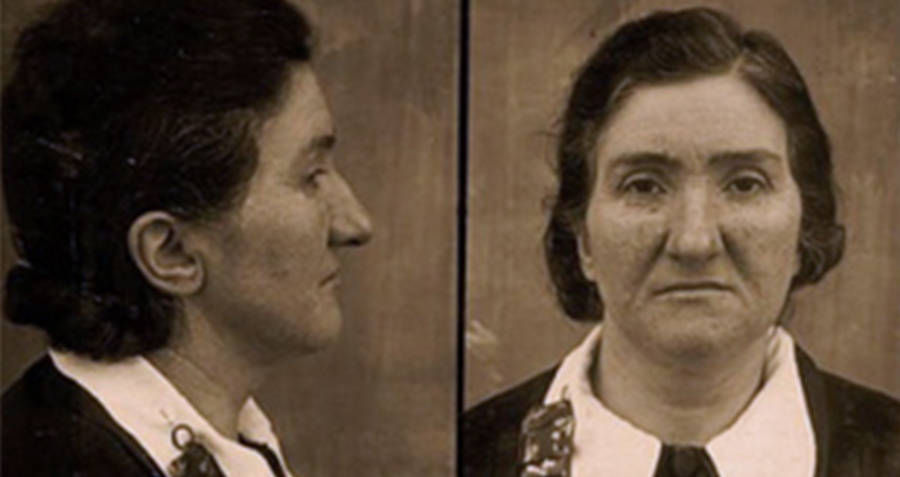 It is important to know that Leonarda Cianciulli was fiercely protective of her children. After losing 13 of her 17 children before the age of 10, it’s no wonder that the four children who remained were treated with the utmost care.

So, when police came calling, accusing her son, Giuseppe, of murdering three local spinster women, Cianciulli immediately confessed to the crimes she had worked so hard to conceal from authorities.

In fact, not only did Cianciulli confess to the murders, but she described in great detail their aftermath – including boiling the bodies, baking them with the blood, and turning the fat into soap.

All of which were shared, so generously, with her neighbors during afternoon tea.

Leonarda Cianciulli was not always a monster, though her adolescent life had set her up to be. Before even reaching adulthood, she had attempted suicide twice. Then, she married a registry office clerk, who her parent’s strongly disapproved of as they’d had a more respectable set-up in mind. Cianciulli claimed that upon her marriage, her mother cursed her, dooming her to a life of misery forevermore.

Though there was, of course, no proof, a curse doesn’t seem that unlikely when one looks at Cianciulli’s life after her marriage. A few years into her marriage, Cianciulli was imprisoned for fraud, and three years later, her home was destroyed by an earthquake.

She got pregnant 17 times but lost 13 of the children either to miscarriage or illness in their youth. She eventually went to see a fortune teller, a traveling Romani woman, who did nothing to quell her fears of a curse.

“In your right hand I see prison,” the fortune teller told her. “In your left a criminal asylum.”

Laboring under the curse she felt was put on her by her mother, and the Romani fortune teller’s prediction, Leonarda Cianciulli became highly superstitious. When her son, Giuseppe, told her in late 1939, that he was going to join the Italian Army, Cianciulli turned to the one thing that she believed would keep her son safe – human sacrifice. 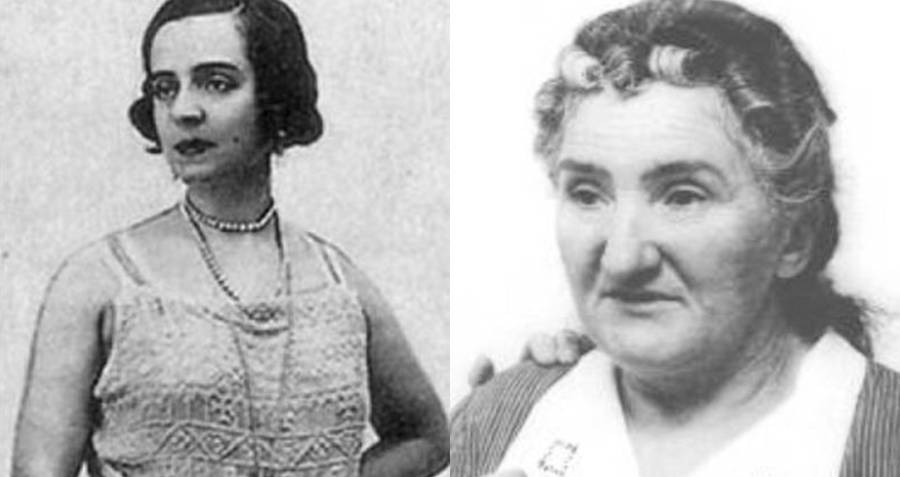 Wikimedia CommonsLeonarda Cianciulli in her youth, and shortly before she died in prison at age 79.

She chose her candidate well, a local spinster woman who she thought no one would miss, named Faustina Setti. Inviting Setti over under the guise of setting her up with a husband, Cianciulli had her write letters to her family members, telling them that she would be visiting the man abroad. Then, she subdued Setti with drugged wine and murdered her with an axe.

From there, she cut Setti into nine pieces and gathered her blood into a basin. In her official statement upon her arrest, she described the things she did to the body next.

“I threw the pieces into a pot, added seven kilos of caustic soda, which I had bought to make soap, and stirred the mixture until the pieces dissolved in a thick, dark mush that I poured into several buckets and emptied in a nearby septic tank. As for the blood in the basin, I waited until it had coagulated, dried it in the oven, ground it and mixed it with flour, sugar, chocolate, milk, and eggs, as well as a bit of margarine, kneading all the ingredients together. I made lots of crunchy tea cakes and served them to the ladies who came to visit, though Giuseppe and I also ate them.”

According to some, Cianciulli also took Setti’s life savings, which she had received as payment for setting Setti up with a husband.

While one would think a single sacrifice would have been sufficient to prevent her son’s imminent demise, Leonarda Cianciulli didn’t seem to be able to stop at one.

Soon after Setti’s murder, Cianciulli found another victim, another local, family-less woman named Francesca Soavi. Like she had with Setti, Cianciulli convinced Soavi that she had organized a teaching job for her abroad, and made her write letters to her friends detailing her trip. And, as she had with Setti, she fed her drugged wine, killed her with an axe, baked her into teacakes, and stole her savings.

Her third victim, however, was where she slipped up.

The third victim, Virginia Cacioppo, was a noted soprano, whom Cianciulli had promised a job working with an impresario in Florence. This time, however, instead of only baking her body into teacakes, and feeding them to her neighbors, Cianciulli also melted her flesh down and turned it into soap.

“She ended up in the pot like the other two…her flesh was fat and white, when it had melted I added a bottle of cologne, and after a long time on the boil, I was able to make some most acceptable creamy soap,” she said in her statement. “I gave bars to neighbors and acquaintances. The cakes, too, were better: that woman was really sweet.” 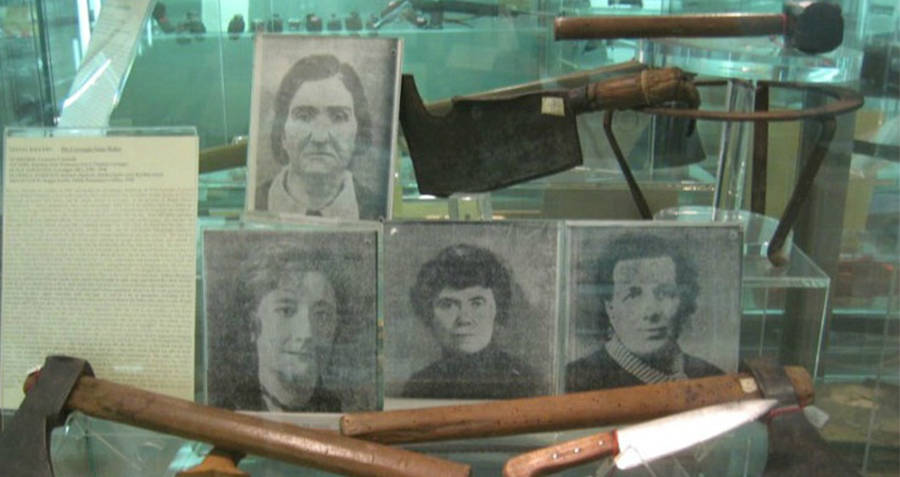 Though Cianciulli thought she had covered her tracks, she had missed something. Unlike her first two victims who had little or no family, Cacioppo had a sister-in-law – a very nosy sister-in-law. She didn’t believe Cacioppo’s letters detailing her quick departure, and had, in fact, seen her entering Cianciulli’s home the night she had “left.” Immediately she reported the disappearance to the police, who quickly investigated Cianciulli.

At first, Leonarda Cianciulli defended herself, never admitting to any wrongdoing. It was only when the police openly suspected her son, one of the four children she’d worked so hard to protect from the world, that she admitted it was her, and that her son had nothing to do with it.

The trial of Cianciulli lasted only a few days. She was found guilty of her crimes and granted a 33-year sentence that echoed the Romani woman’s prophecy with eerie accuracy – thirty years in a prison, and three years in a criminal asylum.

During her stint years in the asylum in 1970, at age 79, Leonarda Cianciulli died of cerebral apoplexy, a type of intracranial hemorrhage. Her body was returned to her family for burial, but her murder weapons, including the pot that her victims were boiled in, were donated to the Criminology Museum in Rome, Italy.

Today, visitors can see her collection of axes, and peer inside the vat she used to boil human beings.

Next, read about Elizabeth Bathory, who was so brutal she was known as the Blood Countess. Then, check out Hans Schmidt, the only Catholic priest ever to be executed.