This picture of Boulevard du Temple, taken by inventor and artist Louis Daguerre, is the oldest known photo of a human being. 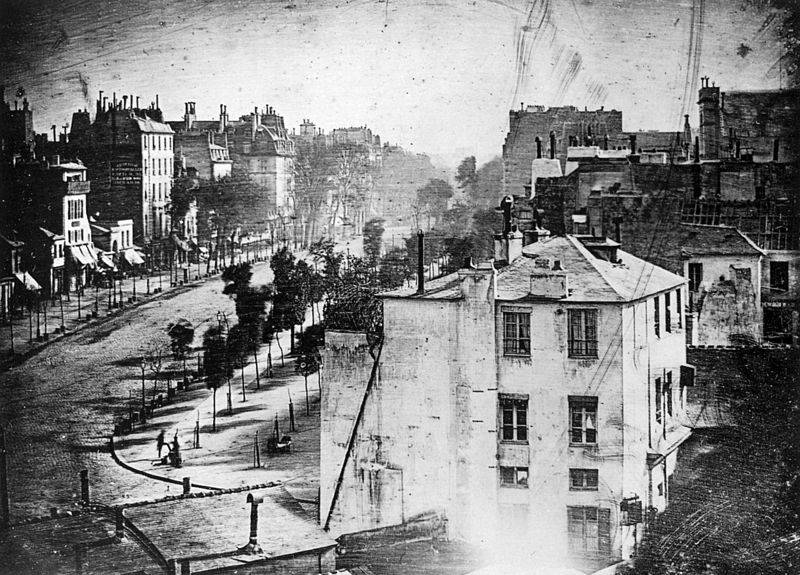 Wikimedia CommonsA picture of Boulevard du Temple and the first photograph of human beings, taken by Louis Daguerre in 1838.

At first glance, this picture seems like a typical shot of a fairly quiet street – lined with houses and no traffic to speak of. You might not even notice the small figures in the bottom left of the picture, looking almost like a shadow against the sidewalk. Although the identity of the men is unknown, they may be some of the most famous figures in history: they are the first living people to have ever been photographed.

The shot is actually a photograph of the Boulevard du Temple, a busy street in Paris. The photograph was a daguerreotype, and due to the long exposure process, the moving traffic was not captured on camera. However, one man in the photo was stopped at the corner getting his shoes shined by someone else, thus, making them still long enough for their image to be captured in the frame.

This famous photograph was taken by a French man named Louis Daguerre in 1838. Daguerre was an artist and photographer, who invented the daguerreotype process of photography.

The process, one of the most commonly used photography process until the 1860s, involved polishing sheets of silver-plated metal to make it reflective, treating the sheet with fumes to make it light-sensitive, and then exposing it to light. Although the exposure process could be lengthy, a latent image would then be left on the surface. The metal would then be treated with mercury vapor, rinsed, dried, and finally set behind glass before being framed.

The daguerreotype was commonly used for portraits or landscape scenes. Because of the long exposure time, anything fast moving would not register on the surface.

Although this image, the “Boulevard du Temple, Paris” is undoubtedly Daguerre’s most famous work, he also took several other well-known photographs, including self-portraits and landscapes. 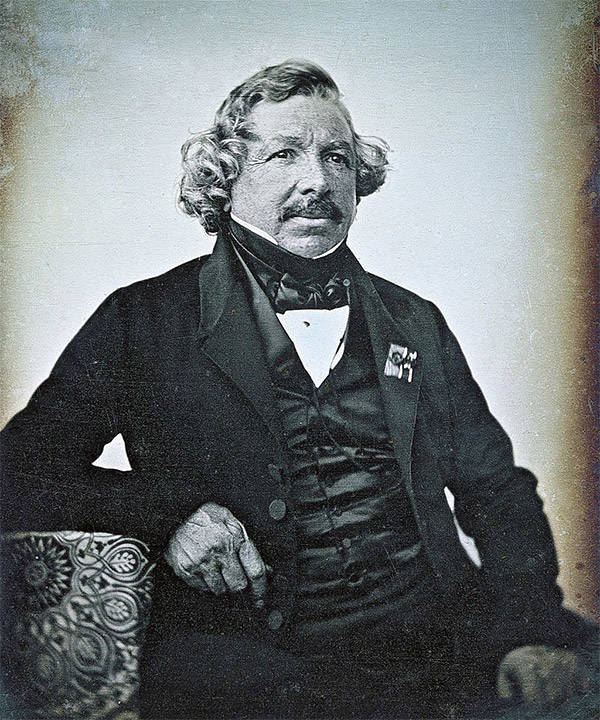 He debuted his invention to the French Academy of Sciences and the Académie des Beaux-Arts in 1839, where it was received as a nearly miraculous discovery. Word of the invention spread and today, Daguerre is credited as being one of the fathers of photography. He is also one of the 72 people whose name is inscribed on the Eiffel Tower.

Although the daguerreotype was revolutionary for its time, Daguerre was not the only person making developments in this technology. At the same time, unbeknownst to either man, an Englishman named Henry Fox Talbot was also experimenting with different ways of capturing the world.

Talbot’s invention involved treating sensitive paper with silver chloride to capture small images, then heavily salting it in order to chemically stabilize it so it could withstand exposure to light.

Although the two methods were unique to each other, Talbot declared propriety rights to the invention when he heard the French Academy of Sciences announcement of the daguerreotype. It soon became apparent that the two methods were dissimilar, but by then, Daguerre had already applied for a patent in Britain. The country of France then declared the method free to the world, requiring only Great Britain to pay licensing fees, as a result of the rivalry.

Despite the competition between the two men, it seems that the honor of being the first photographer to capture a living person remains, to this day, with Louis Daguerre.

Now that you’ve read about Louis Daguerre, take a look at the first photograph everThen check out some of the world’s oldest structures.